Skip to content
You are here
​The Inspector-General of Police, IGP Usman Alkali Baba, Monday, 26th July, 2021, announced the new Nigeria Police Manpower Development Policy. The IGP made the announcement during the decoration of twenty-four (24) newly promoted Assistant Inspectors General of Police (AIGs) at the Force Headquarters, Abuja.
The decoration of the AIGs was the first phase in the decoration exercise of a total of One Hundred and Sixty-Seven (167) Senior Police Officers recently approved by the Police Service Commission following their recommendation by the IGP. 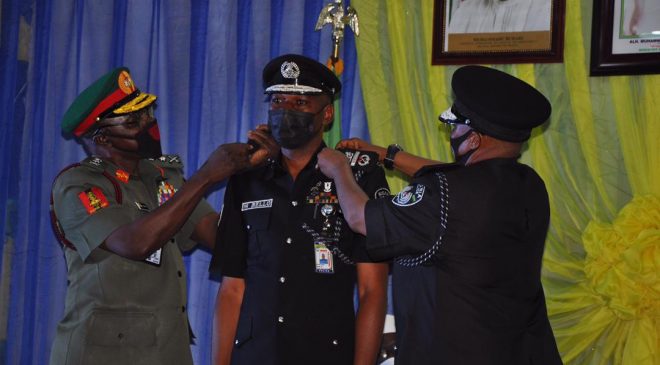 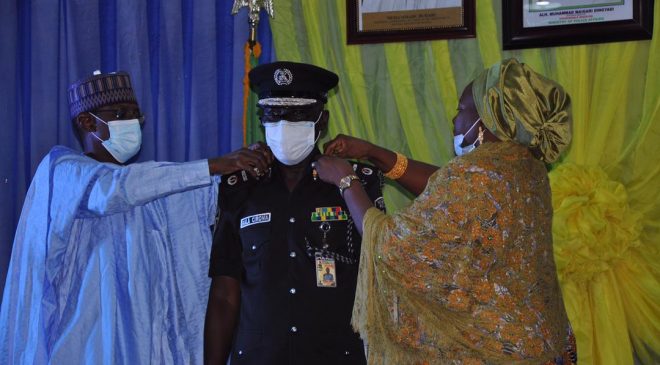 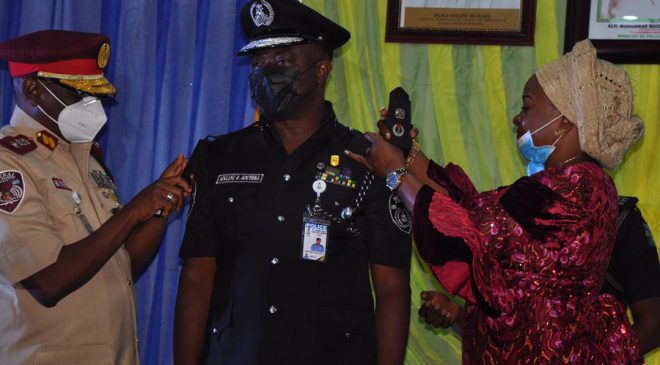 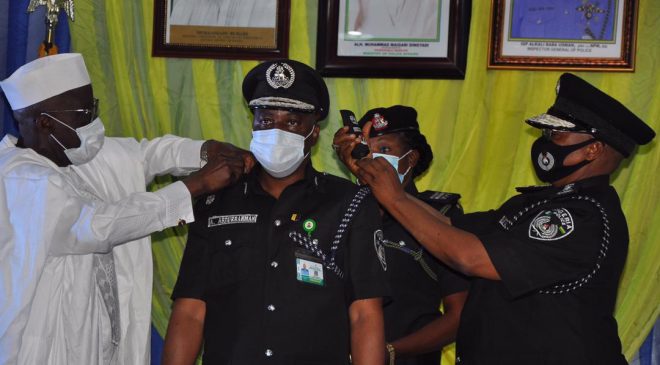 The IGP noted that the Manpower Development Policy of the Force was a deliberate protocol to identify, elevate, and position professionally competent officers who will act as the Strategic Police Managers that will drive the new policing vision and give effect to strategies at responding to current and emerging security threats in the country. The Policy also prioritizes human capacity development and welfare of Police Officers for better police service delivery.
The IGP, while congratulating the newly promoted officers, charged them to deploy their wealth of experience to support his leadership mission of positively changing the policing and internal security narratives in the country. He also encouraged the officers to discharge the schedules of their new rank within the dictates of the law and the policing expectations of the citizens.
The IGP expressed his appreciation to President Muhammadu Buhari for consistently committing to the Nigeria Police reform Agenda. He thanked the Police Service Commission for supporting and aiding the new human capacity development of the Force and equally appreciated the Honourable Minister of Police Affairs, the Senate and House Committees on Police Affairs, for their support to the police modernization, re-orientation and re-equipment drive.
Dignitaries at the Decoration Ceremony were the Minister of Police Affairs, Muhammed Maigari Dingyadi, the Minister of the Federal Capital Territory, Mohammed Musa Bello, the Chief of Defence Staff, Gen. Lucky Irabor, Chief of Army Staff, Lt. Gen. Faruk Yahaya, Corps Marshal of the Federal Road Safety Commission, Dr. Boboye Oyeyemi, Members of the Force Management Team, Traditional Leaders, amongst other dignitaries.