The Governor presided over the swearing in ceremony which took place at the Government House, Minna.

The swearing-in by the Governor was in compliance with the High Court ruling that quashed the November 30, 2019 local government Council election in Magama local government on the ground of pre-election offence.

The High Court 5 sitting in Minna, in March declared Safiyanu Yahaya winner of the election and ordered that the State Independent Electoral Commission, NSIEC withdraws the certificate of return issued to Salihu Ubandoma of the All Progressives Congress, APC as the elected Chairman of Magama and, forthwith, issue a Certificate of return to Safiyanu Yahaya of the PDP as the duly elected Council Chairman. 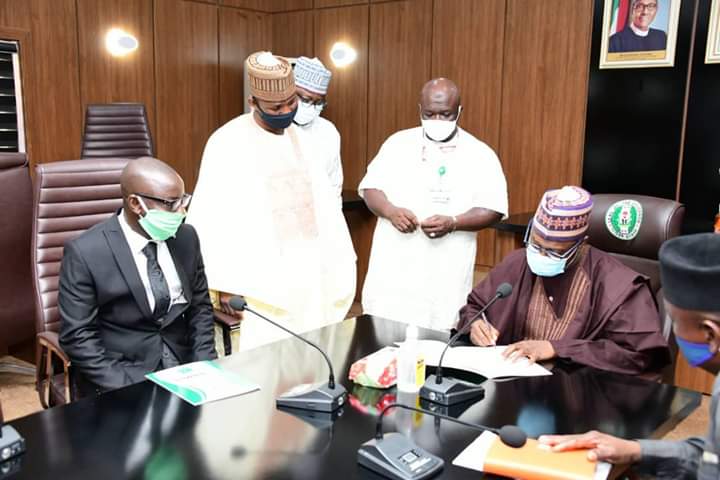 Speaking after the brief event, the newly sworn-in Chairman, Safiyanu Yahaya described Governor Sani Bello as a man of Justice who has demonstrated his respect for the rule of law by acting in compliance with the directive of the Court.

He said despite belonging to another political Party, the Governor took the best decision by respecting the decision of the Court and swore him in as the substantive Chairman.

This he added is good omen for the people of Magama and the State at large.

The oaths of office and allegiance were administered by Justice Salisu Alhassan Majidadi who represented the State Chief Judge.