Osun State Micro Credit Agency on Tuesday empowered 25 cassava farmers as part of government’s efforts to revamp the agriculture sector in the State. The gesture was aimed at meeting the needs of the seasonal cassava farmers.

This was even as the beneficiaries lauded the administration of Governor Adegboyega Oyetola for its continued support to farmers in the State. 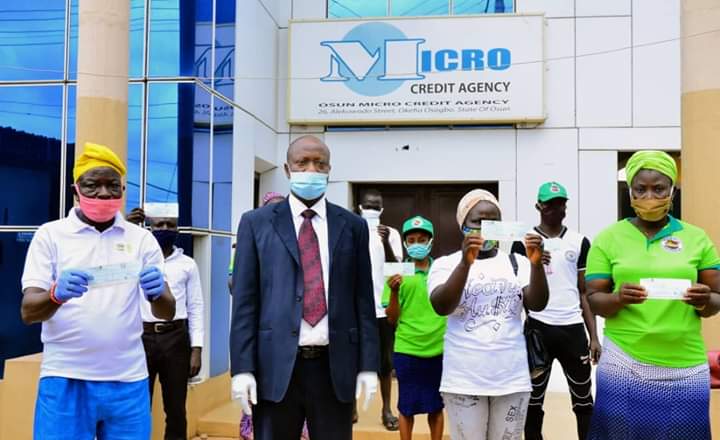 Speaking during the symbolic presentation of N5milion cheque to the beneficiaries, the General Manager, Osun Micro Credit Agency, Mr Dayo Babaranti, said the agency initiated the intervention as part of efforts to motivate the farmers whose farms had been certified.

Babaranti noted that the fund would also help the beneficiaries to procure necessary farm inputs in their quest to meet up with and take the good advantage of the planting season. 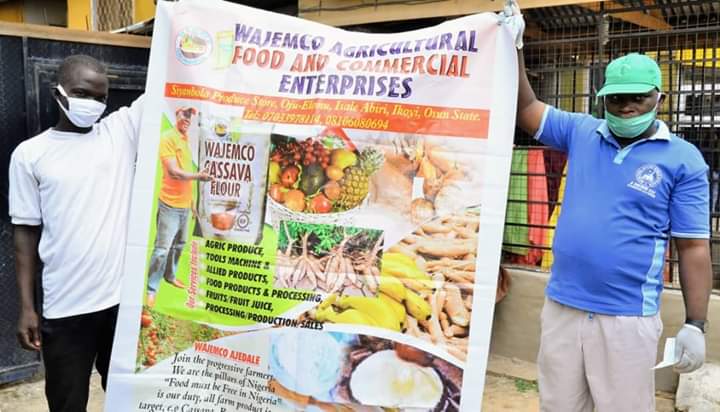 He maintained that members of the 25 selected and accredited groups under the aegis of WAJEMCO Agricultural Food and Commercial Enterprises across Isokan and Irewole local government areas had been given N200,000 each for cassava plantation.

Babaranti, who disclosed that the agency had done similar programmes in the past, said “N2.2million was disbursed as grants to tomatoes farmers across seven local government areas in March this year”.

According to him, thousands of Osun citizens whose businesses and investments are domiciled in the state had benefited from the series of empowerment programmes of the agency since its establishment.

Speaking on the terms and conditions to access the agency’s grant, Babaranti said the agency must be convinced on the purpose to which the beneficiaries would use the fund for.

He said the agency had carried out the necessary findings and was convinced before the grant was approved and disbursed to the beneficiaries.

“The mandate of our agency is to empower people of the state by giving them funds to start their businesses or support their existing businesses.

“We give out cash in form of grant to business men and women whose businesses and investments are located in the state.

“Today, we have given out N5million to members of 25 groups who had been certified to have met our grant’s principles and guidelines.

“The disbursement of this grant is in furtherance of our commitment to support agriculture and agricultural production in the State.

“We did similar thing in March this year where over N2million was disbursed to tomatoes farmers across seven local government areas in the state.

“As an agency, we make funds available for the people who want to do business in the state and we apply means of collecting such funds back.

“For instance, those that are benefiting from this grant have been thoroughly screened before they could access the funds”, Babaranti added.

Some of the beneficiary farmers expressed gratitude to the government for the hands of support extended to them.

Abolade Islamiah, Opawale Saheed, Kayode Olanrewaju, Olayemi Awolola who are among farmers, who received N200,000 each to boost their cassava plantation, promised to utilize the fund for the purpose it was meant.

Also, the Director of WAJEMCO Agricultural Food and Commercial Enterprises, Mr. Jemilolu Solomon, applauded the administration of Governor Oyetola for prioritising the welfare of farmers in the state.

He assured the government of prompt repayment of the grants.