The All Progressives Congress, APC has inaugurated a 12-man National Reconciliation Committee to heal the wounds of the aftermath of 2019 general elections.

National Chairman of the Party, Comrade Adams Aliyu Oshiomhole inaugurated the committee at the party office in Abuja.

Chief Bisi Akande, one of the founding Fathers of the party is to serve as the Chairman, the Deputy Speaker House of Representatives, Ahmed Idris Wase is the Vice Chairman while Mr. John Enoh is the Secretary. 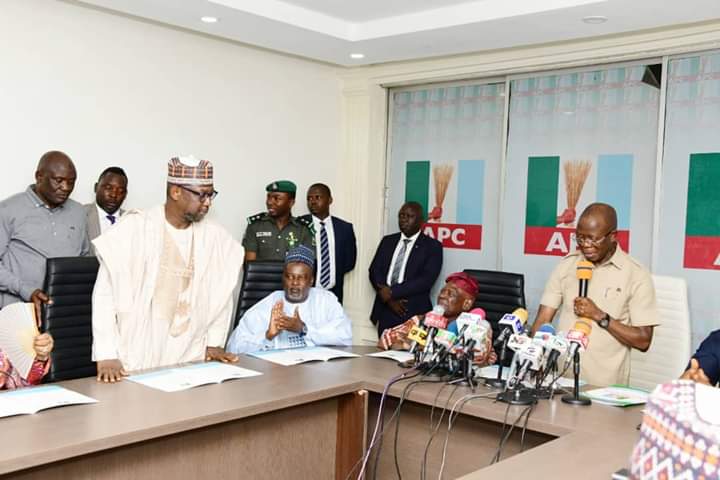 The Chairman of the Party, Comrade Oshiomhole said the committee’s mandate was to identify the differences and address grievances of party members across the 36 states of the Federation and the Federal Capital Territory, Abuja in order to resolve existing conflicts.

He said this will foster unity, strengthen the party, give direction and put them at a vantage position for next general elections. 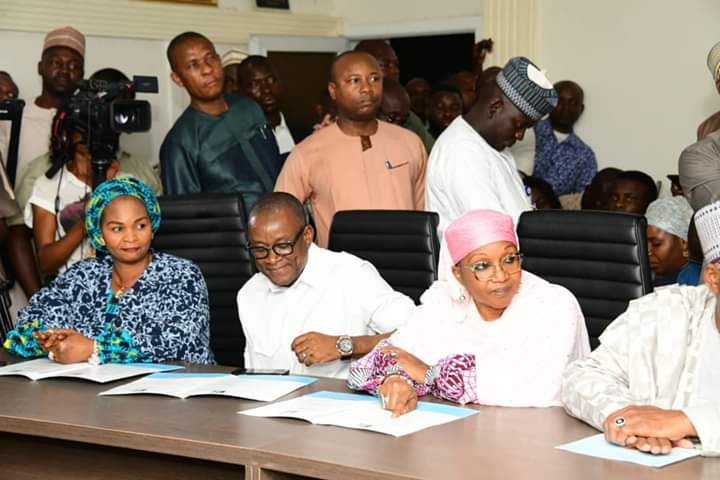 The party chairman said the committee can co-opt anyone they feel will add value to their work and at the end make recommendation to the National Working Committee of the party.

The Chairman of the committee, Chief Bisi Akande disclosed that the calibre of persons in the committee spurred him to accept the responsibility as he assured that they will give their best and ensure that they get good results in reconciling the aggrieved party members .

After the inauguration, the chairman of the party and some  members of the National Working Committee as well as the reconciliation committee went into a closed door meeting to evolve strategies for effective service delivery.