Niger State Governor, Alh. Abubakar Sani Bello has appealed to the military as well as other security agencies not to relent but continue to do their best in the provision of security for the safety of lives and property of the people.

Governor Sani Bello made the appeal at the 2020 Nigerian Armed Forces Remembrance Day Celebration and Wreath-laying Ceremony in Minna, the state capital. 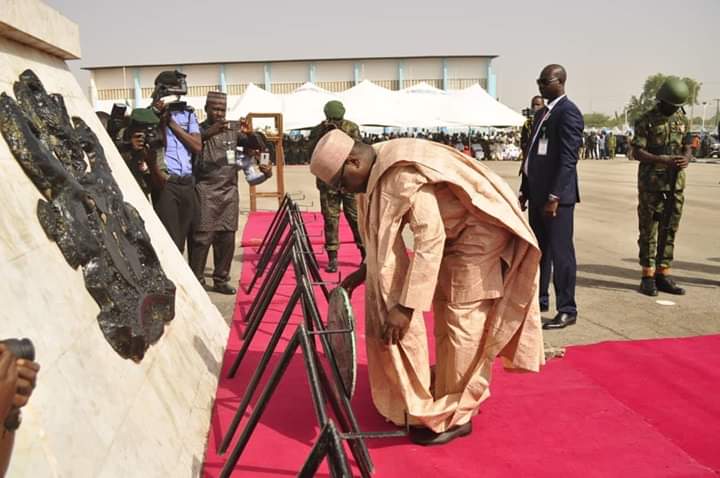 The Governor, who acknowledged that the military has been overstretched and overwhelmed because of the size of the state, said the state government has been working closely with the Military to ensure safety of the people and that they have been doing their best in that regard.

“The military has been doing it’s best. They are overstretched and overwhelmed due to the size of the state. We have been in close contact with them and they are doing their best. We will continue to support them, and keep appealing to them to do their best.” 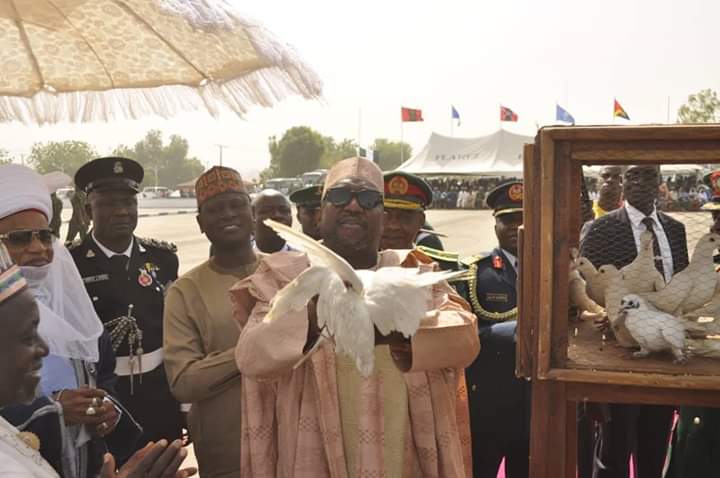 While appreciating their contributions in sustaining the corporate existence of the country, the Governor assured them of the state government’s continuous support, stressing that the welfare of the military was never enough considering the sacrifices of laying down their lives to protect ours.

He said government, at all levels including well-meaning Nigerians must rally round and support the Military by not only providing them with basic and necessary logistics to operate, but by supporting the families of the fallen heroes.

Highpoint of the ceremony was the laying of the Wreath on the Tomb of the slain heroes by Governor Sani Bello, Speaker of the State Assembly, Barrister Abdullahi Bawa Wuse, the Chairman of the State Council of Traditional Rulers and Etsu Nupe, Alhaji Yahaya Abubakar as well as the State Chapter Chairman of the Nigerian Legion, Alhaji Abubakar Musa Kutigi amongst others.

There was symbolic release of Pigeons for peace in the state and country as well as the traditional Military Gun salute. Prayers from both Christian and Muslim faiths were also offered for the soul of the fallen heroes.