The Nigerian Army University, Biu, Borno State, has hosted a send off party in honour of its pioneer Registrar and Director-General of the National Youth Service Corps Brigadier General Shuaibu Ibrahim.

The ceremony took place at Sharna Conference Hall in Biu. 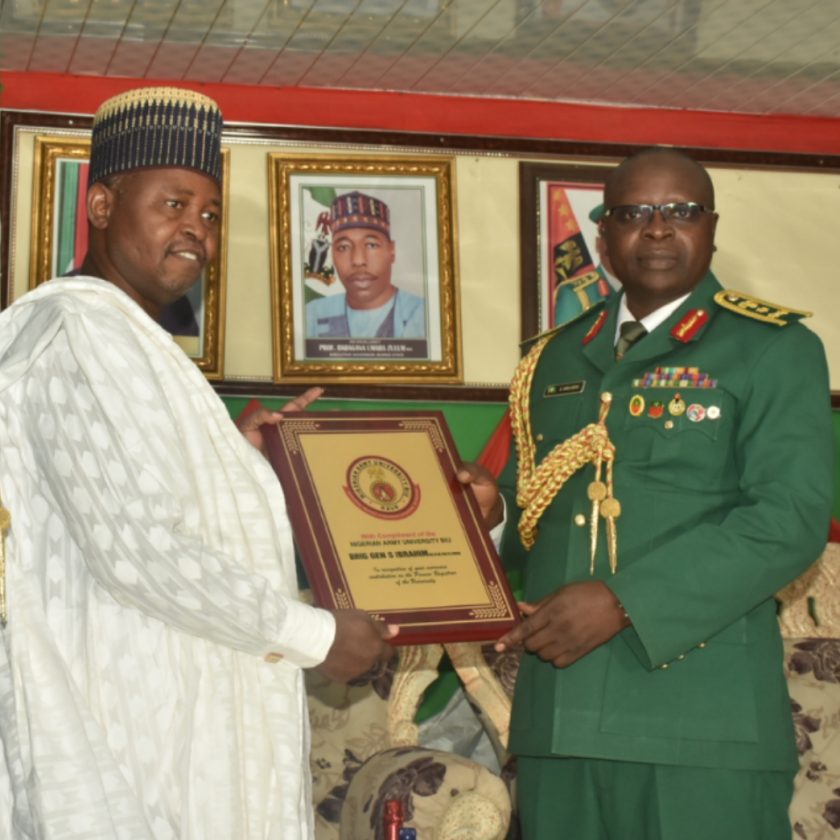 Speaking on the occasion, the Acting Vice-Chancellor, Professor Fatimah Tahir, said the two personalities were honoured in recognition of their services to the University.

Professor Tahir recalled their roles in laying a strong foundation for the Institution, and described them as two of its strongest pillars. She added that the history of the institution would not be complete without mention of their contributions. 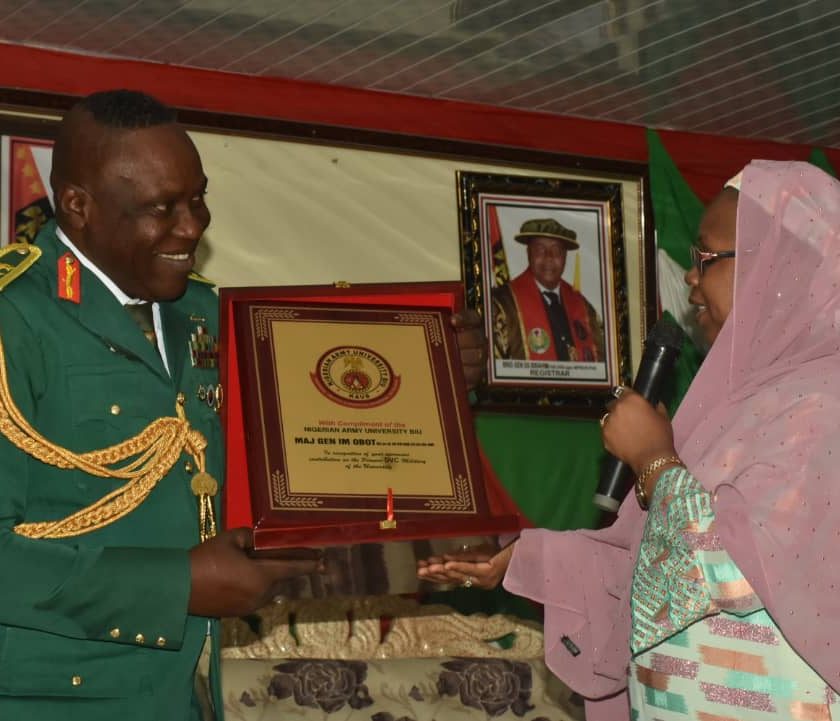 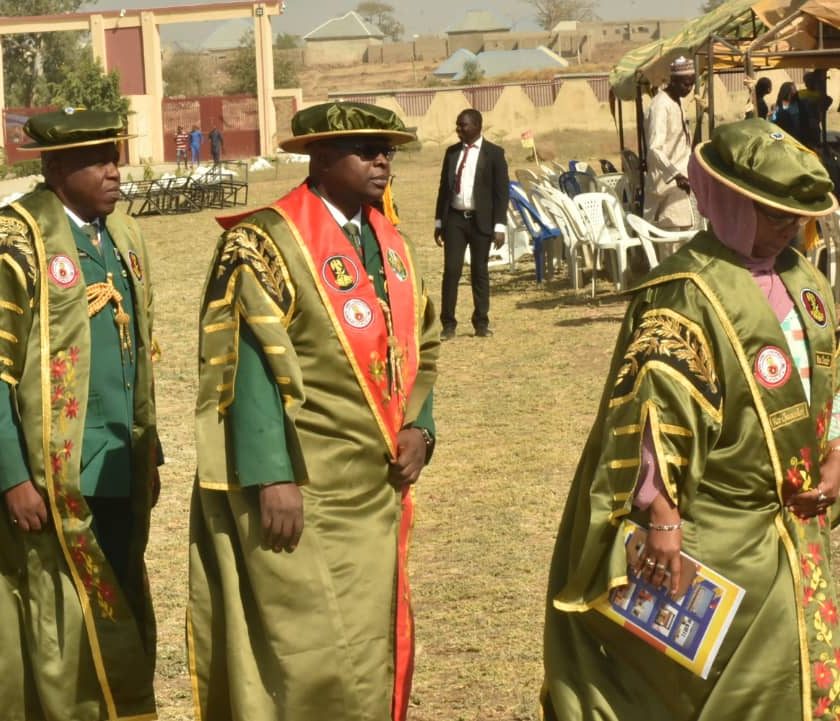 Responding, Major General IM Obot thanked the University Management for the honour done to him and Brigadier General Ibrahim.

He noted that his tenure as Deputy Vice-Chancellor was challenging because University administration was a very complex task.

However, he remarked that his job was made easier as he tapped from the experiences of other Principal Officers.

General Obot thanked all members of Staff for their support towards successful take-off of the University and the subsequent efforts to stabilize it just as he urged them to sustain the tempo of their commitment to its progress.

Also speaking, the NYSC Director-General, Brigadier General Shuaibu Ibrahim, expressed delight over the progress made by the University since his departure as its pioneer Registrar, and said that was attributable to commitment and team work.

The Director-General urged the Staff to continue to cooperate with the Management so as to consolidate the feats achieved.

He praised the Chief of Army Staff, Lieutenant General Tukur Buratai, for the energy and resources invested in the development of the institution, and urged the Staff not to let him down.

Brigadier General Ibrahim, who disclosed his plan to document his experience as pioneer Registrar of the University, especially for the benefit of researchers, assured of his continued support for the institution.

Earlier, the Director-General had joined other dignitaries at the second matriculation ceremony of the University.

The Chief of Army Staff and Chairman of the institution’s Governing Council, Lieutenant General Tukur Buratai was represented by Major General IM Obot.