The Centre for Social Justice, Equity and Transparency (CESJET) believes certain individuals and groups in the business of peddling falsehood are jeopardizing the remarkable progress of the Nigerian military.

The Centre made this known in a special report to address the “impact of fake news on the war against terrorism and implication for national security”. 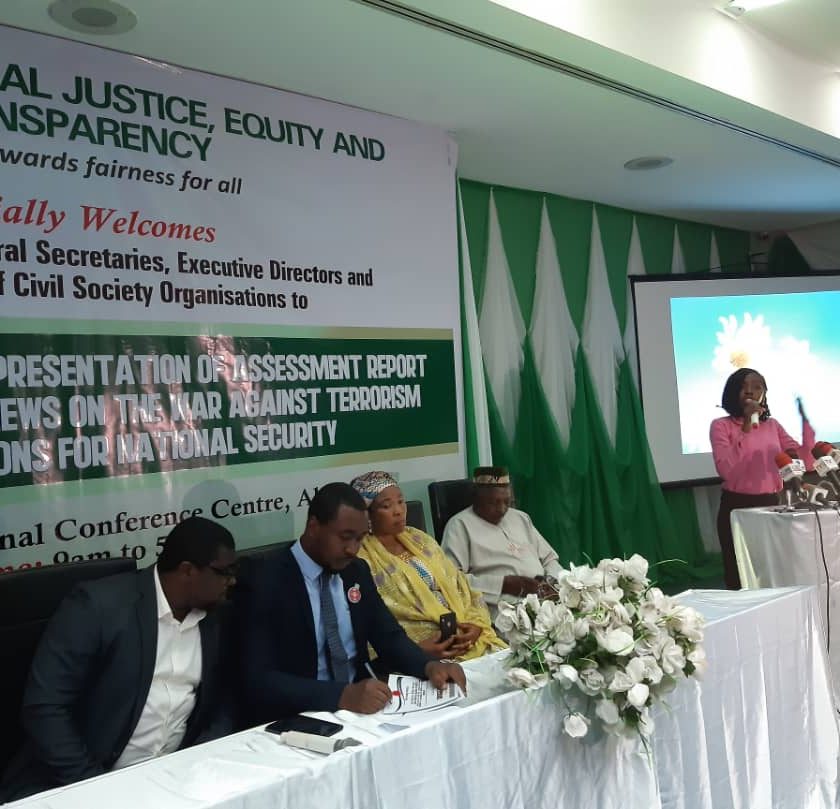 In an extensive report, signed by Executive Secretary, Comrade Isaac Ikpa and delivered at a one-day workshop on Thursday in Abuja, CESJET frowned at fake news merchants misleading the public without factual evidence. 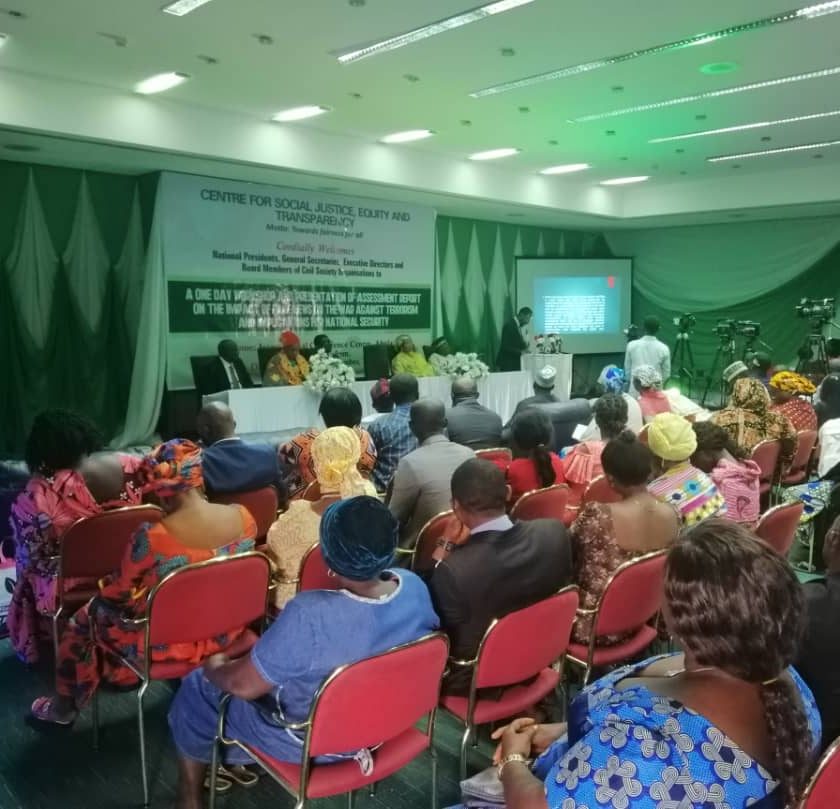 According to the Centre, the “ use of social media and other media sources contributes in part to the premature categorisation of certain events and creating unnecessary hype.”

Also part of its findings, CESJET revealed that “ the use of language, labelling coupled with unsubstantiated or grossly inaccurate facts before an event can result in misinformation and heighten the public fear unnecessarily.” 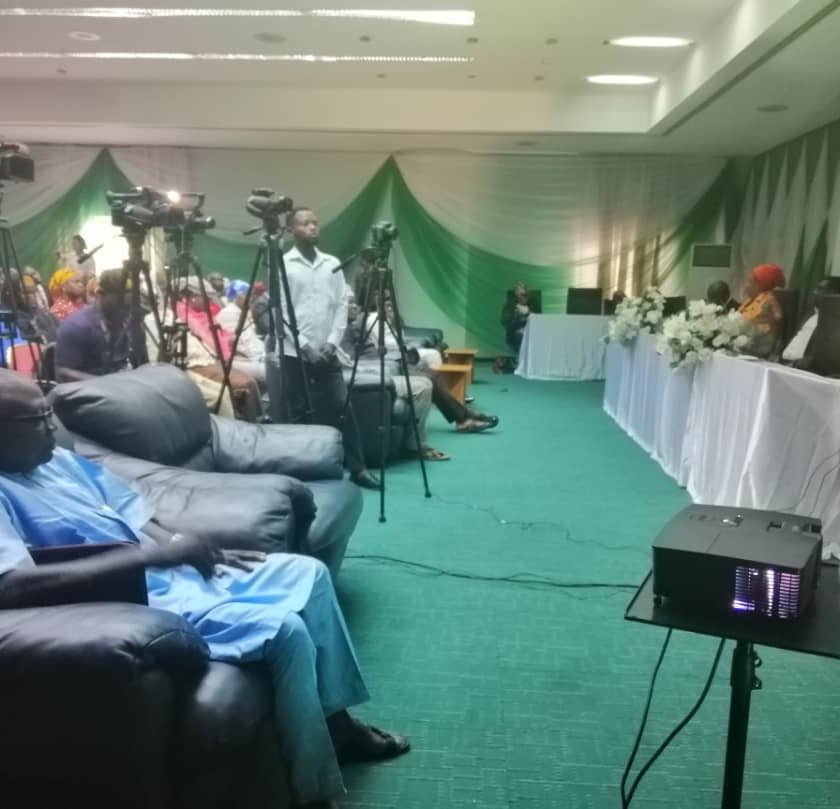 The Centre adds that a more careful assessment of facts will limit the media publicity of known terrorist groups.

However, in order drastically halt this menace of fake news, the Centre recommend that:

“ Communicating accurate information and minimising the spread of rumours and conspiracy theories is vital to supporting the public during a time of crisis. News media outlets and social media platforms should play complementary roles in this process: news media must try to ensure that correct information is disseminated, and social media platforms should be more vigilant in preventing bots and propagandists from flooding online platforms with misinformation. The role of independent, nuanced and responsible journalism has never been more important—and yet there’s a growing distrust of mainstream media’s reporting on terror. This stems from Trumpian rhetoric and accusations of fake news, as well as from public perceptions of media bias when reporting on attacks.

“ It is important for our security experts to remain vigilant. The reduction of misinformation and the accurate use of terrorist terminology relating to events, foiled plots and threats will not detract from the overall objective of public protection but rather will strengthen and focus this goal. Clear information and a common focus on ensuring accurate information is disseminated can be complemented by the accurate and honest acknowledgement of the real threat and the due recognition of the excellent job which the security industry has done to date to abate attacks and minimise the potential for any future events.

“ Similarly, the general population, while rightfully expressing anguish and grief, must refrain from excessively circulating news in these times, given the possibility that even media channels do generate fake news. The presence of fact checkers, as third parties and separate teams within news channels, is important to ensure that such news is not peddled to an unsuspecting public. Ultimately, it must be noted then that fake news and rumours are frequently spread by various parties despite their intentions and that media and the general public must remain vigilant at this time. In this regard, politicians too have an added and urgent responsibility to prevent both rabble-rousing and circulation of rumours.

“ States and non-state actors including terrorist groups use misleading information in order to try and influence values and the action of the populace. As such, protection against false information and hostile propaganda is to critically appraise the source,” it continues. “The way to do that is to ask questions like ‘Is this factual information or opinion?’ or ‘Is the source trustworthy?'” It goes on to advise seeking out information from more than one source in order to verify it.

“ In this age of social media, the spread of misinformation, or ‘fake news’, has made the job of journalists much harder. There are examples of sincere efforts to maintain journalistic integrity, but there are many challenges to overcome, especially related to UGC on social media. Calling for greater government control or a ‘content watchdog’ to police online platforms is a good approach to the above percieved problem. It echoes precisely the ‘Orwellian’ sentiments that tech companies are pushing back against. Rather, as a first step, it should be in their own interest for online platforms to work with news media outlets to develop appropriate ethical, editorial and practical guidelines, and then to regularly adapt and revise those guidelines.

“ The Nigerian government has made effort to inject sanity into the social media space which, today is totally out of control, contrary to insinuations, the government had no intention of muzzling the media or stifling free speech, the campaign was against fake news and hate speech. Fake news has proven to possess the capaility of inflicting untold damage on Nigeria’s national unity. They represent a clear and imminent danger to the survival of the nation. Acknowledging that fake news and hate speech is not only a threat to democracy but also to peace, security and cooperate existence of Nigeria. Fake pictures and videos have also contributed their parts in stoking conflicts in Nigeria. All of these interfere with choices of the people and stoke conflicts in the midst of peace as they are being deliberately peddled to cause division and tension in the polity to put Nigeria backward.

“ Nigeria must find a way to ensure that its national newspapers and TV stations are sustainable to practice quality journalism that will be acceptable to people. When you do that successfully, you will consider good independent regulation of the media; with this will reduce the attention that the fake media get and penalty should be given for maliciously published items.”