President Muhammadu Buhari has signed the 2019 appropriation bill of N8.91 trillion into law.

The national assembly had passed the budget into law after increasing the budget size from its initial N8.83 trillion.

Buhari signed the budget on Monday, less than 48 hours to his inauguration for a second term as president.

The budget is based on estimated crude oil production of 2.3 million barrels a day and the crude oil price of $60 per barrel. 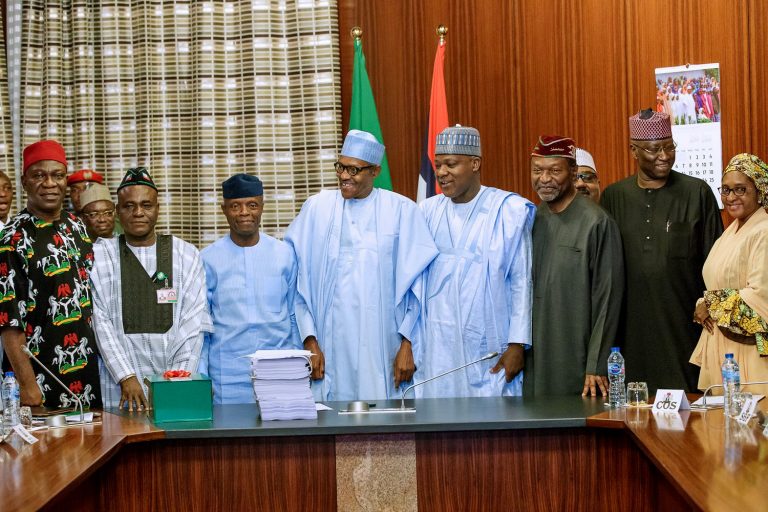 The budget deficit is put at N1.9 trillion.

Yakubu Dogara, the speaker of the house of representatives; Danjuma Goje, chairman of the senate committee on appropriation; Udoma Udo-Udoma, minister of budget and national planning; and Ita Enang, the senior special assistant to the president on national assembly matters, were present during the ceremony.

Udo Udoma is scheduled to provide details of the signed budget at a public presentation on Tuesday.

Mustapha Dawaki, chairman, house committee on appropriation, had explained that the budget size was increased by N86 billion because the severance pay for lawmakers and legislative aides was not included.

“There is a slight increase in budget deficit because of severance of lawmakers, legislative aides. There is also a need to provide more funds for security organisations,” the legislator said.

“This is because there are so many outstanding items not captured in the proposal. For instance, there was a Senate resolution for special intervention of N10 billion in Zamfara due to the crisis that occurred there.

“Also not captured but equally critical was the severance benefits of outgoing legislators and their aides.”