The COAS who was represented by the Chief of Administration (Army), Maj Gen OW Ali in his address stated that the Nigerian Army under his watch was fully aware of the high level of cooperation and goodwill it enjoyed from Nigerians in general and the good people of Nasarawa State in particular. 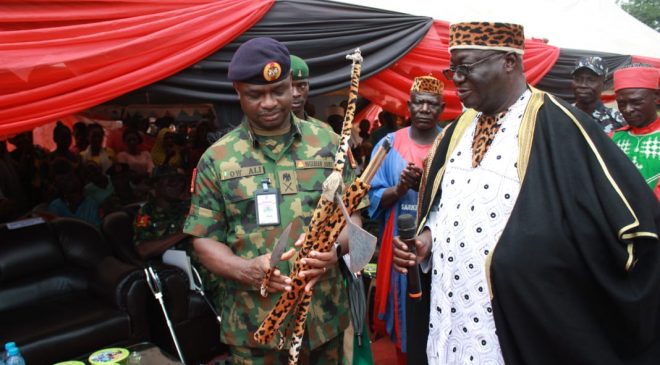 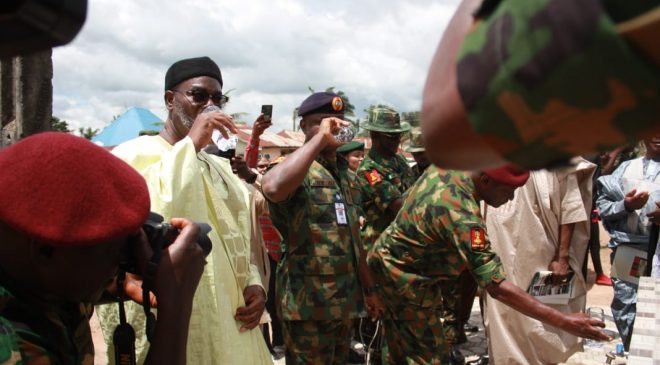 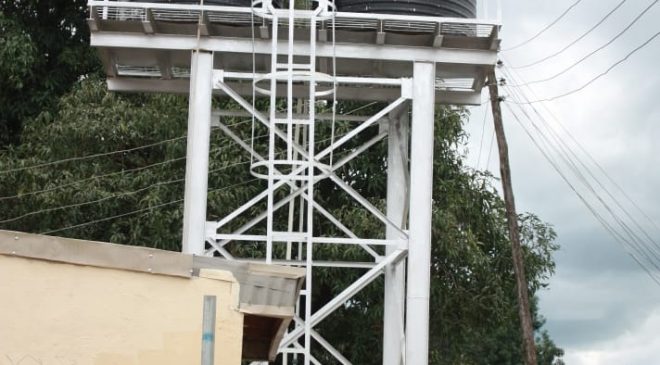 The COAS and the Sponsor of the water project further said, “The Nigerian Army has over the years taken deliberate steps towards ensuring that it give back to the society the cooperation it enjoyed from them by carrying out some corporate social responsibilities in communities where we conducts military operations”

In his welcome address, the Chief of Civil -Military Affairs, Maj Gen MG Kangye said that the Rinze Community 3 months ago sought for assistance from the Nigerian Army for the provision of a portable drinking water due to alleged alleged acute shortage of drinking water in the community as the only source of water available was said to be seasonal streams which was highly susceptible to water borne diseases such as cholera.

The Chief of Civil – Military Affairs and Executor of the project further stated that ” the dreams and aspirations of this historic Community for a source of portable drinking water came to fruition due to the quick intervention of our amiable Chief of Army Staff, Lt Gen Faruk Yahaya”

In his own remarks, the Executive Governor of Nasarawa State His Excellency Engineer Abdullahi Sule who was represented by the Commissioner for Agriculture and Water Resouces, Honourable Nuhu Ochafu thanked the Chief of Army Staff for early released of funds to ensure timely completion of the project and assured him that the water project would be maintained adequately.

Highlights of the occasion include, cutting of tape commissioning of the water project presentation of souvenirs cultural display and the award of traditional title of Daraman Mada to the Chief of Army Staff by Chun Mada lll and President of Mada Traditional Council Akwanga Nasarawa State, His Royal Highness Samson Gamu Yaren (JP).