It noted that the cancellation was part of measures adopted to curb the spread of the infection in the state stressing that muslim faithful should observe the two rakat nafilah in their respective homes.

ROYAL NEWS reports that the Council is led by the Chief Imam of Ilorin, Dr. Muhammad Bashir Imam Saliu as well as other clerics on the authority of the Emir of Ilorin and Chairman Kwara State Council Chiefs, Mai-Martaba Alhaji Ibrahim Sulu-Gambari. 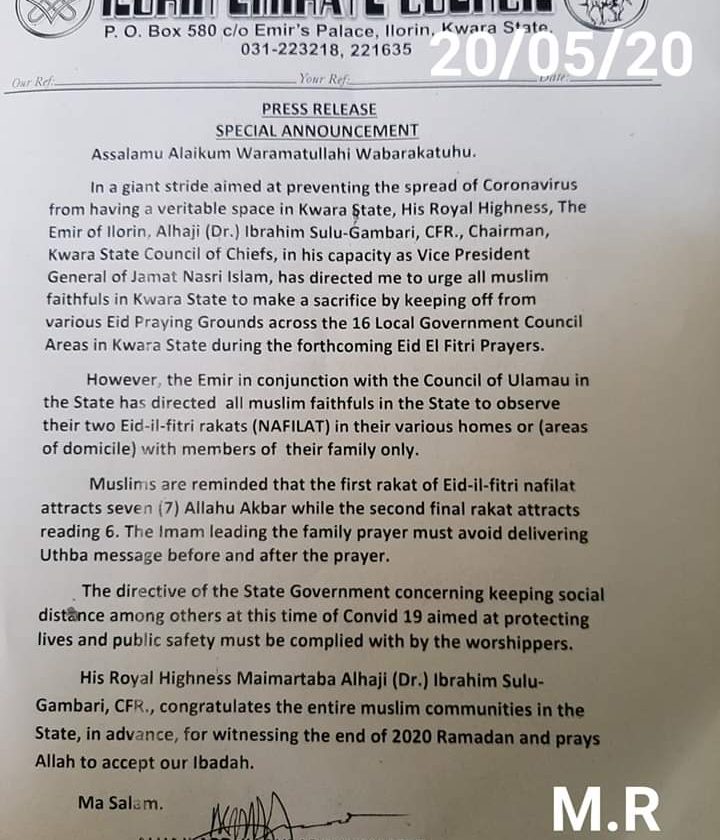 It would be recalled that the Sultan of Sokoto and President-General of the Supreme Council for Islamic Affairs, Alhaji Muhammadu Sa’ad Abubakar, had earlier directed Muslims to watch out for the moon of Shaawal from Friday (tomorrow) to mark the end of the 2020 ramadan fasting.

It would be recalled thatthe Kwara State government had confirmed 66 COVID-19 cases with 25 discharged and one death in the state although, 96 samples are awaiting results.