Kwara State Government will on Thursday hold its 1st Annual Gender Equality Conference with prominent gender rights advocates, diplomats, and policy leaders drawn from across the ECOWAS subregion and beyond slated to speak, a statement said on Wednesday.

The conference is to be jointly hosted by Kwara State Governor AbdulRahman AbdulRazaq and the First Lady Dr (Mrs) Olufolake AbdulRazaq, the statement added. 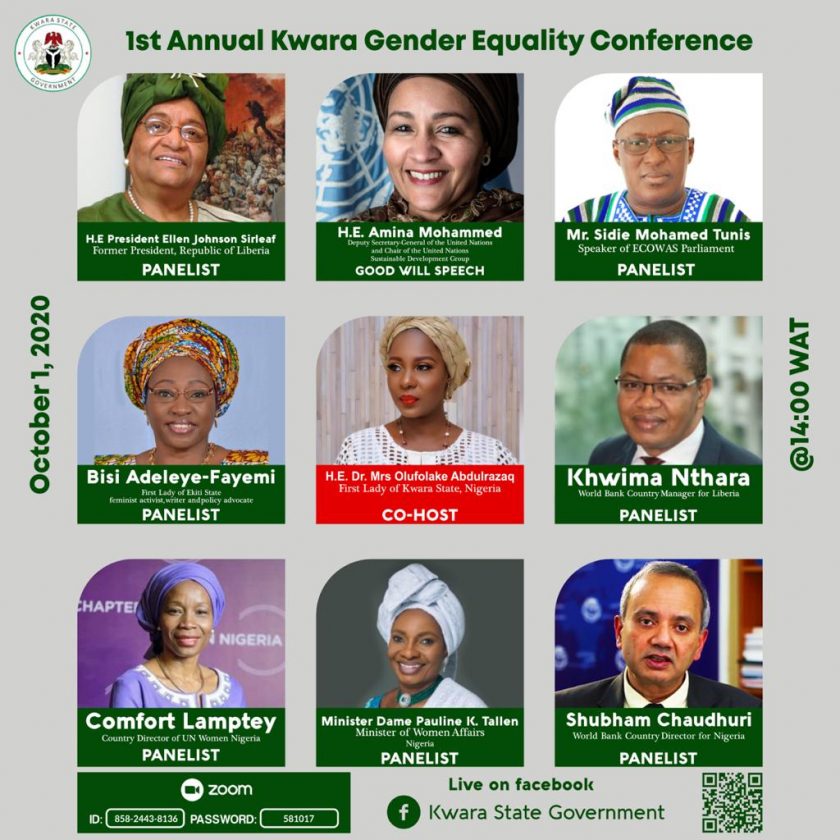 The conference, which is a webinar, would be broadcast live on the state-owned Radio Kwara (Midland FM 99.1) and across Kwara state government’s social media handles, as well as on Nigeria’s only Women Radio (91.7FM).

The conference would feature a high-level discussion geared towards shaping actions and policies to improve outcomes for women in the West African subregion, the statement added.

In an op-ed article titled ‘Taking Action to Empower in West Africa”  ahead of the confab, the Governor said the event offers a platform to push harder for gender inclusion in government and boardrooms as a strategy for inclusive growth.

“Across the globe, societies are seemingly convulsed by campaigns for greater equality on gender and identity grounds. We have an equivalent gender parity problem in West Africa. It is more straightforward in many ways, but no less pressing. We must act deliberately and decisively to improve outcomes for women in order for Africa to reach its developmental goals,” he wrote.

“This is why, on Thursday, Kwara State, the Nigerian State of which I am Governor, will be hosting its first annual regional West African conference on gender equality and the empowerment of women. Timed to coincide with Nigerian Independence Day, our goal is to mobilise African leaders to galvanise the will to be ‘intentional’ about gender parity in Nigeria and the wider West African region. We are hoping the conference will herald a second ‘independence day’ for the 50% of our citizens whose interests have, historically, been deemed second priority.”