In the face of the many moral decadence and various religious bigotry that occurred around the world, coupled with the fear of what the future hold for Muslim children,Muslims have been charged to embrace inclusive Parenting to tackle the menace of the society.

Parents were also advised to work in union with teachers and other parenting partners in other to understand the society they are into to achieve their parenting goals.

This advice was given today Saturday 11th, September, 2021 in Abuja by the invited Guest lecturers who handled various topics at a seminar Tagged: INCLUSIVE PARENTING :
Roles of Families ,Schools and Society,organized by a foremost Islamic Centre ,Baynakum Family Counselling Centre,under one of its wings,Baynakum Better parenting. 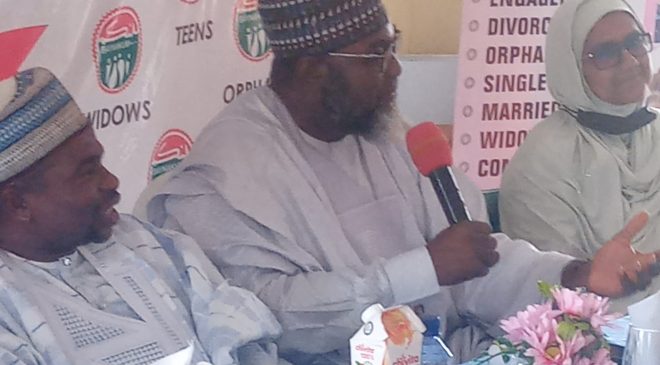 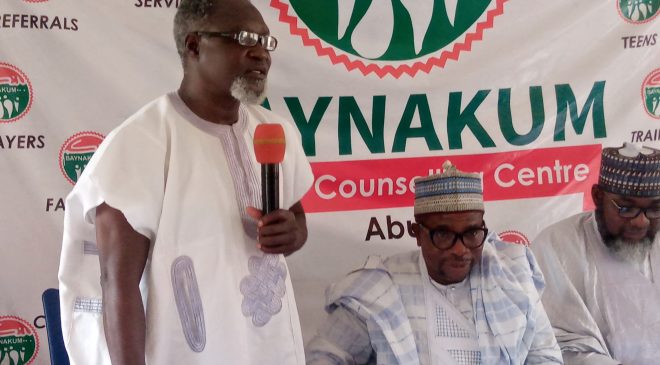 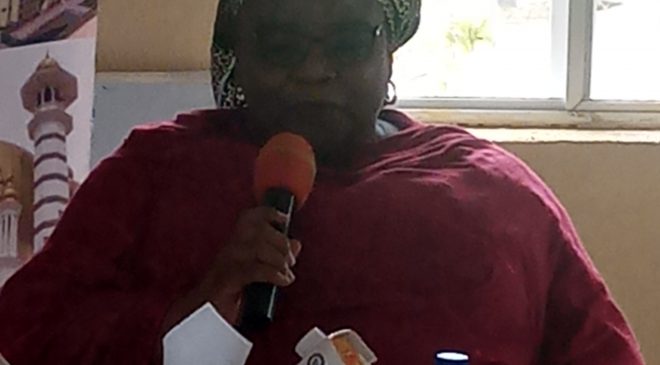 In his opening remarks, the Chairman, Baynakum Family Counseling Centre ,Alh.Abdulrazaq Adio enjoined Muslim men not to leave responsibility of children upbringing to the women alone.

“It is becoming partly cultural and attitudinal, an average man does not see the Nitty-gritty of upbringing of children as an important role,therefore if a child approached his father, he will say go and meet your mother”. Adio stated.

Adio added that society only considered father as bread winner,whereas their roles were beyond that.

He then thanked members of the organizing committee namely: Olayode Abdurasaq aka philosopher King, Director of Operations, Baynakum, Akindele Mutiat aka Nikkiyinkus ,Coordinator Baynakum Better Parenting and Coach Abdullah Umar Baba among others for the success of the seminar.

Ustaz Dr. AbdulFattah Adeyemi Founder and CEO, Baynakum Family Counseling Centre described Children as breeze that no one can describe its colour.

“how does a child become?, what is the nature of the child?,what is the destiny of a child?

“The Prophet said every child has been born for the fitrah,every child is born with a clean slate “.

He therefore charged parents to ensure that they inculcate discipline into their children,be a responsible custodian and also create time for them. 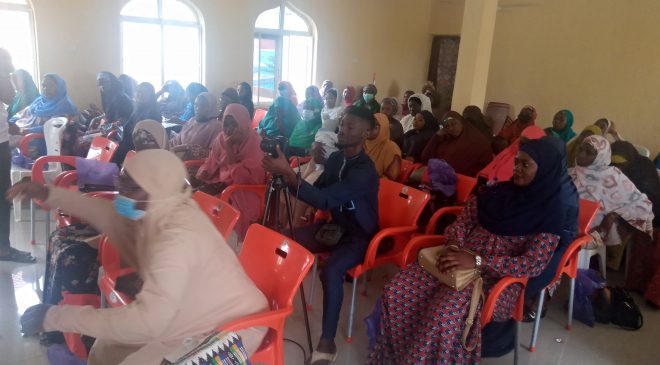 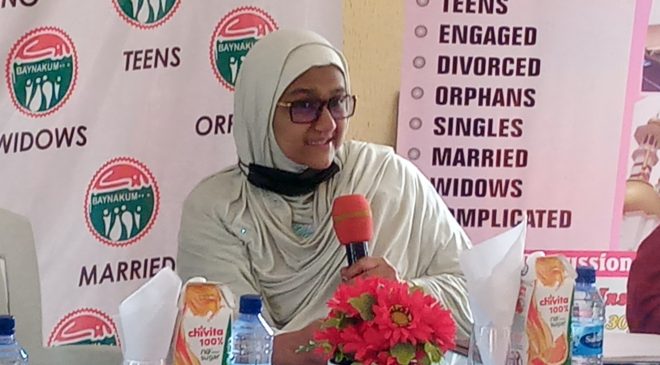 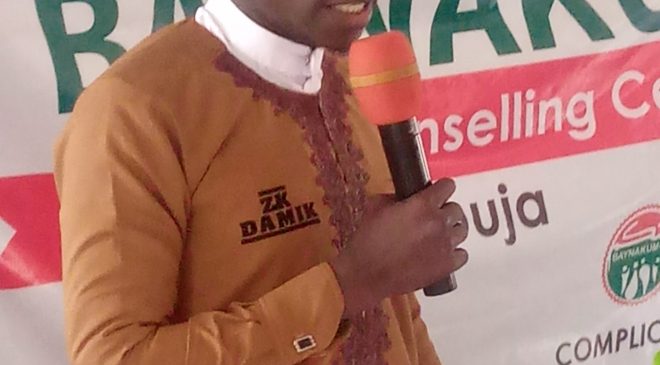 In her lecture titled: Parenting Teens and Teens Years, Dr.Ashia Farhat Siddiqi-Hussain, a Pre-Marital/Marital and Sexual Counselor ,narrated traits of a teenager from cradle to adolescent stage,she advised parents against forcing teens to accept unrealistic goals.

She warned parents to restraint their wards from abuse of social media, which she said has led many teenagers to state of depression.

“Stop using punishment,pressure, force on your children,show them love,play with them, pray with them,understand their challenges and most importantly pray for God’s guidance over them” Siddiqi-Hussain advised.

A Pupils Counselor, Bro.Ibrahim Tajudeen delivered lecture on the commercialization of Education and children by the schools.

Ibrahim said the attitude children exhibited in schools wss derived from homes.He argued that schools can not perform role of parents ,parents should not tranfer parenting ro schools.

“Prophet says first school of a child is his mother’s laps,so it means that home is the first school a child attend” Tajudeen stated.

He also blamed who allowed their children to be used as tools in commercialization of education,as school owners were only after profits at the expense of students .

Chief Imam,University of Abuja,Prof Taofiq AbdulAziz in his lecture explained roles of Parents and School in a child’s future.He maintained that only Almighty God can decide future of children not his teachers or parents.

Baynakum Family Counseling Centre was established in 2011 and has been a source of succour through various channels to the Muslim Ummah in Nigeria and abroad through organising lectures, workshops, One-on-one Counseling, match-making eligible singles (the Baynakum Singledom platform), marriage counseling and con flict resolution, skills empowerment of the youth, training and certification of Coun sellors and Coaches, and most recently introduction of the Widows empowerment scheme amongst other charitable works.