Skip to content
You are here
The FCT Police Command has arrested two (2) suspects for phone snatching and armed robbery, along Central Area and Lugbe axis.
The first suspect, one John Jimoh ‘m’ 26years, a member of a three-man phone snatching syndicate was arrested by Police Operatives from the Central Police Division during routine night patrol on Wednesday 19th May,2021 along Ahmadu Bello way, while attempting to attack and rob his vigilant victim. 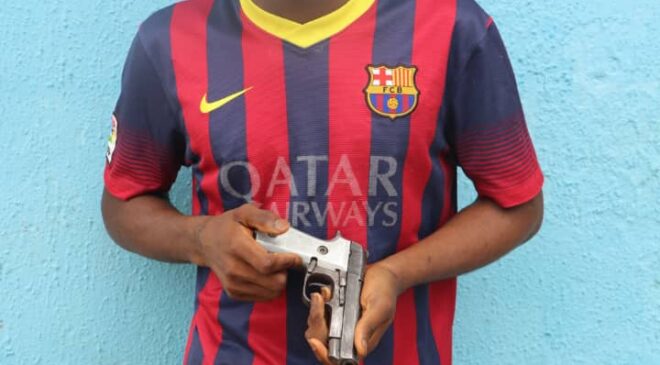 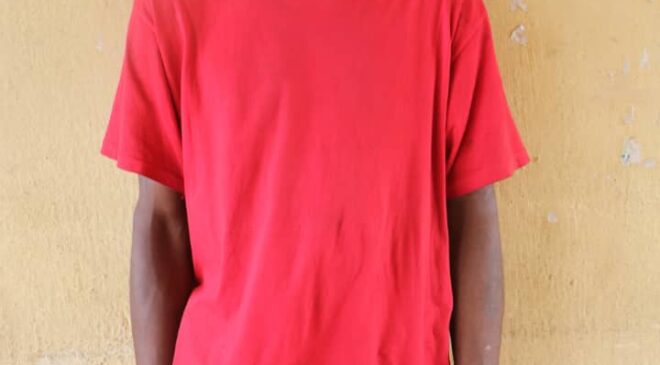 The suspect who is also an ex-convict confessed that his syndicate was responsible for snatching phones of unsuspecting drivers along NNPC-National Mosque junction at night. Police has intensify effort  to arrest other members of the syndicate
In another development , Police Operatives from Lugbe arrested one Moses Nwagbara ‘m’ 24years for being in illegal possession of firearm. The suspect confessed to terrorizing residents along that axis. Exhibits recovered were: one (1) locally made pistol.
Police assured that the suspects will be arraigned in court upon conclusion of investigation.