The Issue of sex for grades in tertiary institutions across West Africa has been disheartening to say the least. It is a corrupt practice usually by lecturers of these institutions, they demand for sex in order to pass the student. They go as far as intentionally failing the student knowing that the student will be at their mercy, thereby taking advantage of the student’s helpless situation. 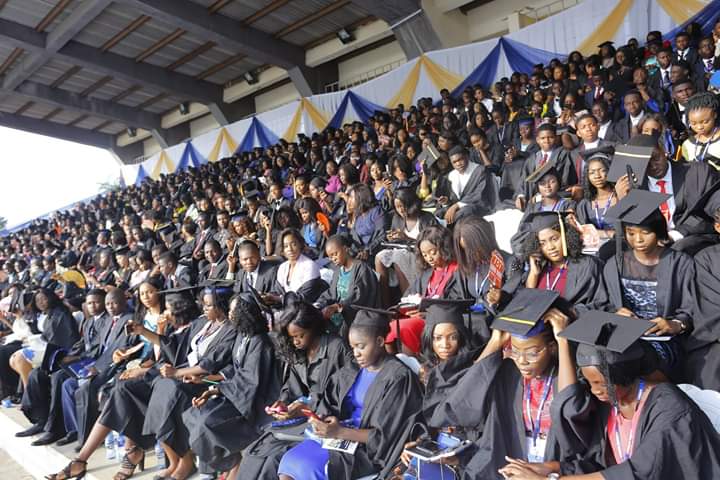 Year after year, there have been allegations of sexual harassment by lecturers in these institutions, especially in federal universities. Students of these universities usually resort to social media to complain about their experiences of sexual harassment by their lecturers and when asked to report the incidences, they say that the school doesn’t do anything, saying that those lecturers have families to feed and cater for and losing their job could be disastrous for them. For a lot of years, these kept going on and it seemed like nobody cared and no serious action was taken to prevent or put a stop to these happenings but recently BBC (British Broadcasting Corporation) Africa Eye carried out an investigation in a bid to expose some of the lecturers involved in this corrupt practice. They said the investigation had been going on for about a year. Reporter, Kiki Mordi who led the investigation claimed to be a victim of sexual harassment in the university which eventually led her to drop out of the university.

BBC Africa Eye sent undercover journalists posing as students inside the University of Lagos and the University of Ghana. These female reporters were sexually harassed and put under pressure by senior lecturers in these institution, all while wearing their secret cameras.

BBC Africa Eye eventually released all the footage gotten from the investigation on their YouTube channel and it has garnered millions of views. This sparked up a lot of conversation after it’s released and the lecturers exposed have been sanctioned appropriately by the various institutions. The University also went ahead to shut down the staff club, usually called the “cold room” by lecturers, where staff take female students to.

The film also raised a lot of controversy on social media and gave some other victims to speak up about their experiences. A certain private university (name withheld) in Nigeria immediately sacked one of their lecturers who’s name came up in the discussions on twitter. The lecturer was accused of sex for grades for female students and receiving bribe from male students for grades. It can be said that the BBC Investigation and discovery had a domino effect on other tertiary Institutions.

Tertiary institutions can put in place some measures in order to eradicate the issue of sex for grades. This could include exams being marked and graded by a lecturer different from the one who takes the class. This way, the scripts are marked and graded without any form of sentiment, partiality or the sorts. The Institution should also set up a disciplinary committee which would come up with the appropriate punishment for any offence committed by staff of the institution. This committee should be independent and free from external control or influence. A rating portal on the Institution’s site could also be provided, where students can anonymously rate their lecturers on the scale of 10 or 100.

This way, if a particular lecturer has a generally poor rating, the Institution could easily look into the problem and conduct investigations to find what exactly is going. The students should also avoid going to the offices of lecturers, a student support administration should be provided where students can submit complaints about their grades. The administration should then be the ones handling these cases. These are my own two cents on the issue of sex for grades.