The Governor, State of Osun, Mr. Adegboyega Oyetola on Tuesday inaugurated the Osun Community Policing Advisory Committee to strengthen security delivery at all the strata of the local government areas in the State.

Oyetola,who described security as sine qua non to socioeconomic development of any society, said his administration has prioritised security as part of efforts to reposition the State and build a virile economy. 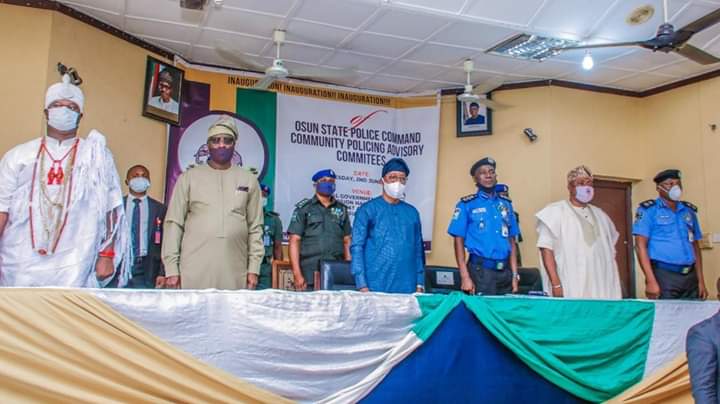 “Effective security is the answer to our desire to deliver investment and industrialisation and achieve prosperity and the good life for our people. I therefore urge the good people of the State of Osun to embrace this initiative and work together with the new policing institution and the subsisting ones to achieve these dreams and further secure the State.”He said. 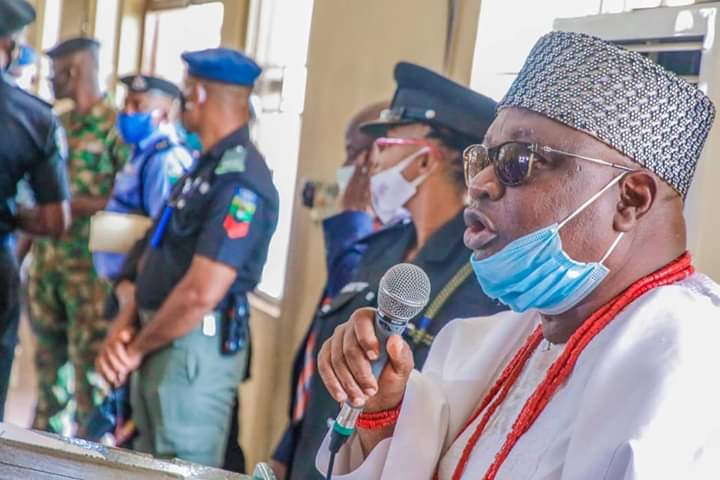 Governor Oyetola expressed confidence in the composition of the advisory committee to complement the efforts of the security agencies in tackling insecurity in the State.

Oyetola said the whole idea of community policing is to make the people to own policing at the community level, participate in its operations and partner with the conventional police to achieve effective and efficient security and safety architecture. 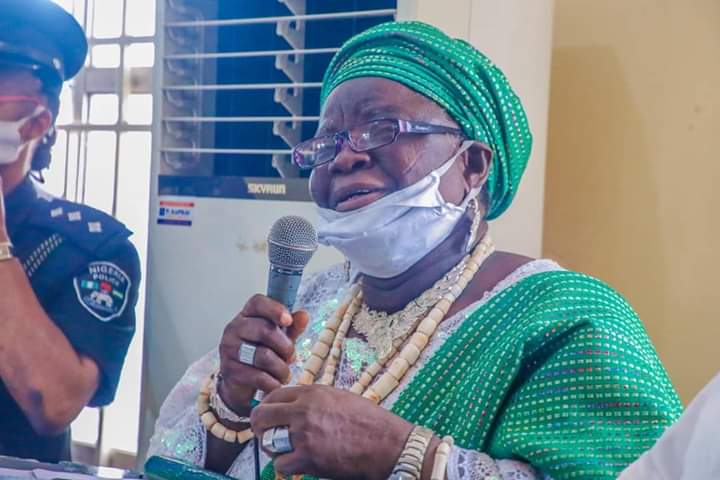 Governor Oyetola commended the administration of President Muhammadu Buhari for giving the right leadership and enabling environment that birthed the initiative. He also thanked the Inspector General of Police, Mr. Mohammed Adamu, for coming up with the initiative, saying it is “a creative and proactive solution to the pervasive security challenges in the nation.”

He added that: “The inauguration of the Police Community Policing Advisory Committee is a new dawn in the security profile of Osun. The practicability and effectiveness of this initiative rest on our people and the resolve of the various security outfits to see themselves as partners and regard their roles as mutually exclusive.

“While the people must provide information to the police and other outfits without restraints to enable them to do their jobs, the security outfits must build the confidence of the people by treating the intelligence they provide with the strictest confidence.

“The structure and composition of the Community Advisory Policing Committee speak to the readiness of government to leave no stone unturned to achieve its primary responsibility of providing effective security and welfare for the people.” 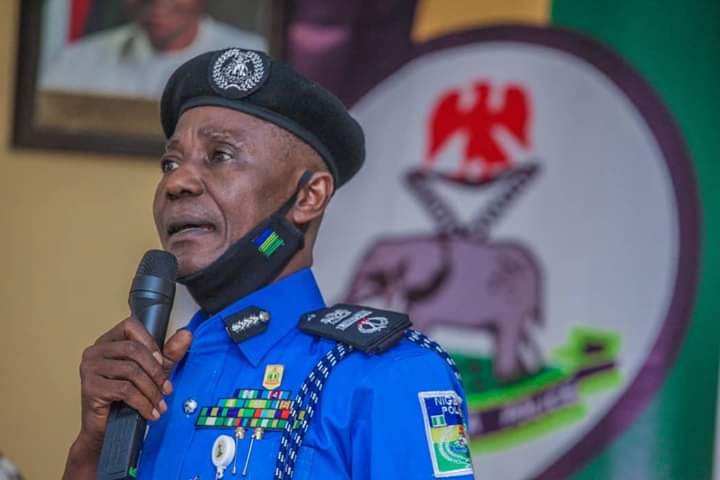 Governor Oyetola thanked the chairmen and members of the committee for accepting to serve the State. He also implored them to approach their assignments with a high level of commitment and patriotism, just as he called for synergy among the various security outfits in the State.

He said, “The various security outfits in the State such as the Nigeria Police Force, the Amotekun Corps, the Community Police and the Vigilance Groups have a common purpose of safeguarding the lives and property of the people. This purpose can only be achieved in an atmosphere of mutual cooperation and synergy.

“I, therefore, appeal to the leaderships of the various outfits not only to carry out their duties with the highest levels of professionalism and integrity but to also continue to show leadership and engage in dialogue where there are grey areas, in the public interest”, Oyetola added.

He also implored the residents to “embrace this initiative and work together with the new policing institution and the subsisting ones to achieve these dreams and further secure the state”.

Earlier, Inspector General of Police, Mohammed Adamu, applauded the state government for taking the security matter to the front burner since its inception.

Represented by the Assistant Inspector General of Police incharge of Zone 11, Osogbo, Mr. David Oyebamiji Folawiyo, the IGP noted that the various support being given to the security was a strong motivation at ensuring efficiency and diligence to duty.

He said the Community Policing would further help to strengthen the security particularly at the grassroots as efforts of the police would be brought to the locals just as he promised the agency’s absolute support to ensure the success of the initiative.

The Speaker, Osun State House of Assembly, Rt. Hon. Timothy Owoeye, said the establishment of community policing would go a long way to bridge the existing security gap and fill the vacuum in the security sector in the State.

On his part, the Ooni of Ife, Oba Adeyeye Enitan Ogunwusi, extolled the state government for being alive to its constitutional responsibilities to guarantee the security of lives and property of the citizenry.

He called for collective effort in the fight against the security challenges confronting the nation at large and the State in particular.