Skip to content
You are here
Niger State Governor, Abubakar Sani Bello has called for improved welfare of the Nigerian Armed Forces as well as other security agencies who made the supreme sacrifice by laying their lives for the safety, peace and unity of the country. 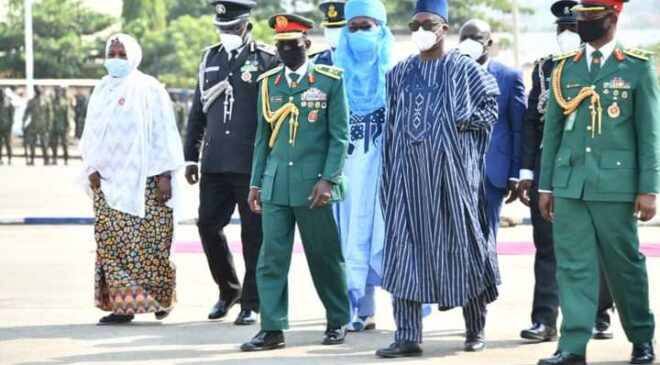 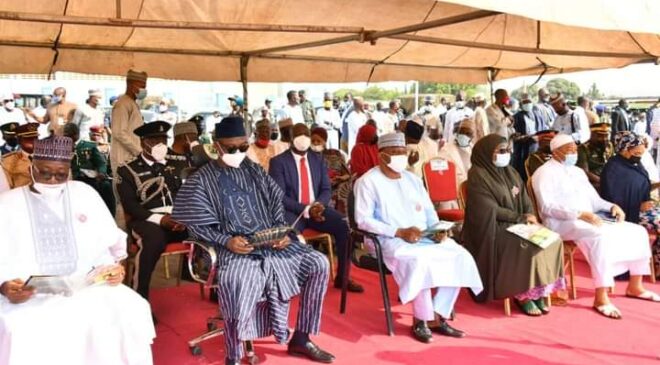 Governor Sani Bello, who made the call, Friday, at the 2021 Nigerian Armed Forces Remembrance Day Celebration and Wreath laying Ceremony in Minna, stated that, although the issue of welfare of security agents has been a lingering one, his administration remained committed to their welfare.
“I strongly believe that the welfare of the Nigerian Armed Forces as well as other security agents needs to be improved commensurate with their hard work as they work tirelessly day and night for the security of lives, property and peace of our nation”.
“There should be some sort of incentives to support them especially when it comes to their medical demands”.
The Governor also noted that the Nigeria Army is overstretched, the manpower inadequate and overwhelmed by the increasing insecurity and the size of the state adding that the state had to augment the security apparatus with Police as well as the Vigilantes.
Governor Sani Bello, however, called on the Federal Government to also look into improving the welfare of all security agencies in the country.
Highpoint of the ceremony was the wreath-laying by Governor Sani Bello, heads of security agencies and Traditional Rulers, the release of Pigeons to symbolize peace in the country, Gun salute as well as prayers for the souls of the departed.