As part of efforts to build aTraffic Database that would help identify traffic offenders and keep adequate data of road users for revenue profiling and planning in the state, Governor Abubakar Sani Bello has officially flagged off the Niger State Traffic Management Agency (NISTMA) and commissioned 21 vehicles for its operation. 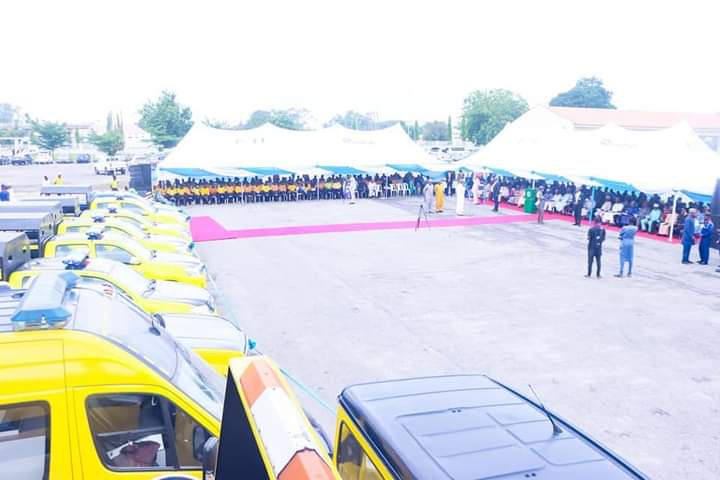 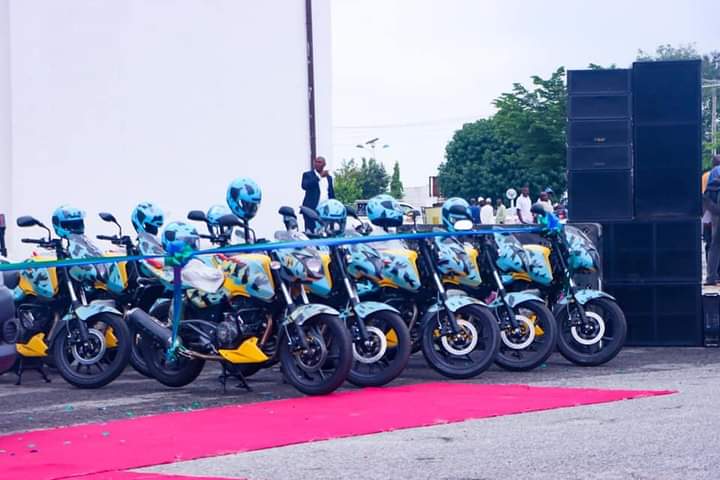 Governor Sani Bello observed that all modes of transportation system were present in the state hence the need to develop the intra-transport management system in the state by creating the NISTMA.

He said the Agency would facilitate traffic law enforcement, curb the growing security challenges using technology and to expand the Internally Generated Revenue (IGR) of the State among others.

“This new Agency will be responsible for the administration, control and management of traffic matters with a system of operation that is efficient and responsive to the demand of traffic with the target of providing for safe, orderly movement of persons and goods on our roads”, he said.

The Governor tasked the Agency to build and develop a culture of law abiding Road users through sensitization, enforcing regulations that would help reduce road accidents among others.

He said his administration had added 63 buses to the fleet of the State transport system and is committed to continue to support the sector in the state.

He enjoined officials and staff of the Agency to maintain the vehicles provided and to ensure they diligently carryout their duties.

The Governor disclosed that the state government will pay the staff of the Agency for three (3) months only, thereafter, the Agency will be paying its staff from the revenue it generated.

Earlier, the Commissioner for Transport, Barrister Zakari Mohammed Tanko said the Law establishing the Agency was assented to by Governor Abubakar Sani Bello in July 2021 in his desire to have an effective and inclusive management of transportation sector in the state.

He then commended Governor Abubakar Sani Bello for his immense support to the sector and called for the understanding corporation of all and sundry for the agency to succeed.

The All Progressives Congress(APC) gubernatorial candidate and Member Representing Chanchaga Federal Constituency, Hon Umar Mohammed Bago on behalf of the caucus member of National Assembly from Niger State commended the development and said that they were happy with it.

The State Council for Traditional Rulers represented by Alhaji Shehu Yusuf Galadima described the establishment of the agency as a giant stride added that it will go a long way to bring sanity to the roads in the state and pledged their unflinching support for its success.