Governor Abubakar Sani Bello of Niger state has expressed full support for the freedom of the press and also said he was open to constructive criticisms which he described as pointers towards the right direction for the government to follow.

Governor Sani Bello stated this when he received the National Executives of the Nigerian Union of Journalists (NUJ), led by its National President, Chief Chris Isiguzo at Government House, Minna.

Governor Sani Bello noted that genuine criticisms were meant to expose the lapses of government and other political office holders in order to properly redirect them.

He emphasized the importance of abiding by the social responsibility role of the press, stating that his administration will continue to work with the Media and Journalists for the progress and development of the state and country at large. 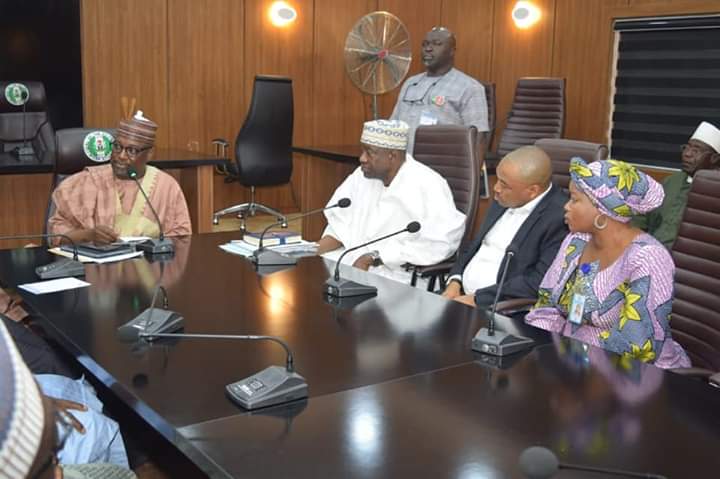 On hate speech and social media bill, the Governor called on the executives of the union to ensure that only professionals, who know the guiding principles of the profession, are allowed to practice pointing out that “the media space, especially the social media sphere has been adulterated with uncultured and poorly skilled journalists who denting the image, reputation and integrity of journalism as a profession.”

He tasked the Media Practitioners to exhibit responsibility by supporting the modest achievements of the present administration, adding that everyone has a role to play in the development of the society.

Governor Sani Bello further expressed appreciation for the support the Media Practitioners have been rendering to the government, restating that his administration remains committed towards the completion of all ongoing projects before the commencement of new ones.

He said, having observed the poor maintenance culture that has contributed to the decay in most sectors, his administration will remain focused on cultivating the character of continuity and sustainability in government that has to do with the completion of existing projects and most importantly, maintaining and sustaining those that have been concluded.

He assured that the government-owned Media Houses, even though he has committed huge resources on them, his administration will give them a facelift to stand the test of time.

Governor Sani Bello directed that the Commissioner for Information and Strategy get on his toes to ensure that this is done.

He, however, lamented over the attitude of some government officials that show lackadaisical attitude towards government properties, adding that public officers should own up to government office just like their personal affairs to give it credibility and achieve the desired results.

In his remarks, the National President, Nigerian Union of Journalists (NUJ) Chief Chris Isiguzo stated that the union was on tour round its councils across the country to interact and maintain regular interface with its members across the nation.

The NUJ National President appealed to Governor Sani Bello, as the Patron of the North Central Zone of the union, to join in the crusade for the support and quick consideration of the Media Welfare Enhancement Bill by lobbying members of the State and National Assembly in ensuring that the profession is given its pride of place, while the welfare of practitioners is given priority instead of advocating for the Social Media Regulatory Bill and the Hate Speech Bill which, he said, will cause damage to our nation.

Isiguzo then called on the Governor to consider the transformation of the state Media houses so as to provide staff conducive working environment to tell the good story of his administration’s achievements.

NUJ President therefore commended the Niger state Governor for the tremendous successes recorded so far in various sectors of the state and for the confidence found in one of its members to be appointed as his Chief Press Secretary.

The NUJ National President, who noted that there has not been any report of Media clampdown in the state since his assumption of office, disclosed that Governor Abubakar Sani Bello would next year be selected as one of the Champions of Press Freedom following his cordial relationship with the Media practitioners.