As the global community with well over 50 countries protest the gruesome murder of George Floyd by a Minneapolis Police officer, Nigerians in Diaspora Commission (NiDCOM) led by the Chairman and CEO, Hon Abike Dabiri-Erewa and the Director General, National Council for Arts and Culture led by Otunba Olusegun Runsewe called for justice, not only for George Floyd but other Black Africans and Nigerians in Diaspora who have been victims of violence, brutality and racial discrimination.

According to Mrs Dabiri-Erewa: “This gathering is against violence , brutality and racial discrimination. We call for respect and dignity for all races. Never again should we be made to witness what we saw on the streets of Minneapolis, the slow murder of an individual by a uniformed police officer”.

The Chairman/CEO, Nigerians in Diaspora Commission charged Nigerians and all black Africans to connect back home to the continent their motherland stating that though it is not a bed of roses but it is home where they will be overwhelmed with love and the spirit of togetherness.

She said Badagry DOOR OF RETURN is a platform for every black person to connect physically, spiritually , emotionally and economically with the motherland, as they they walk through a symbolic path where they were taken away as slaves and walk back and are recieved as Kings and Queens on the African continent.

She implored them to come back home and invest in their motherland. She noted that many Africans in diaspora have been doing their DNA to discover their roots .and said Nigeria is ever willing to receive them 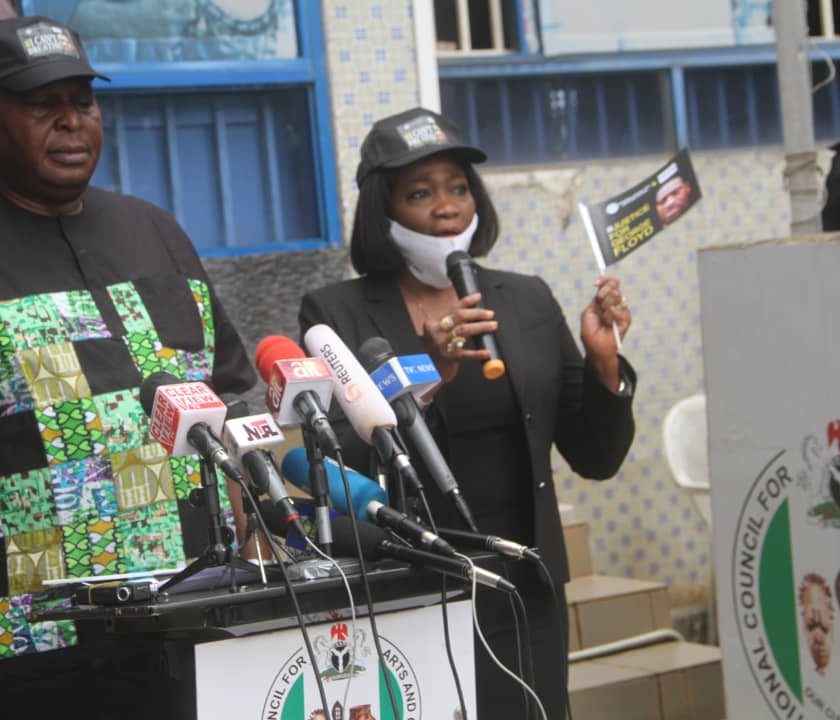 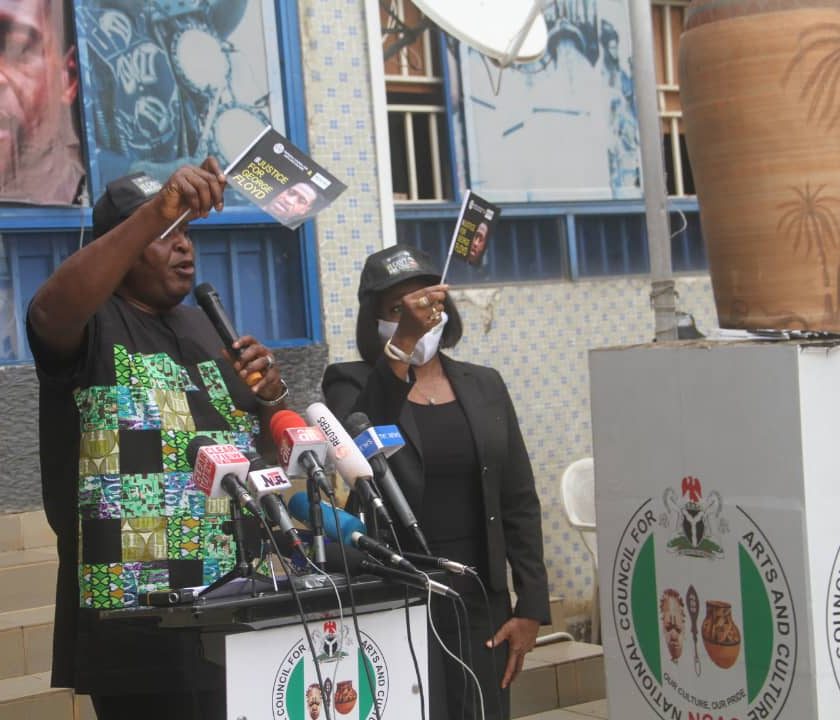 In the same vein, Otunba Olusegun Runsewe Director General NCAC, thanked the Chairman/CEO of NiDCOM for the Partnership and with a heavy heart stated that they have come together to join other countries of the world in showing solidarity for the likes of George Floyd.

Otunba Runsewe who is also President World Council of Arts, African Region, stated that the Nigerian culture is centered around love and human dignity but sadly that was absent the day George Floyd was kept silent.

He assured the entire public that the great connection between the two organizations(NIDCOM AND NCAC) was a new message for the world saying ‘ENOUGH IS ENOUGH” and we must have a change of heart.