Kogi State Governor, Alhaji Yahaya Bello has restated his administration’s commitment to accord the traditional institution in the state due to recognition.

The Governor made this commitment on Tuesday at the presentation of Staff of Office to 128 traditional rulers and chiefs at the Glass House, Lokoja. 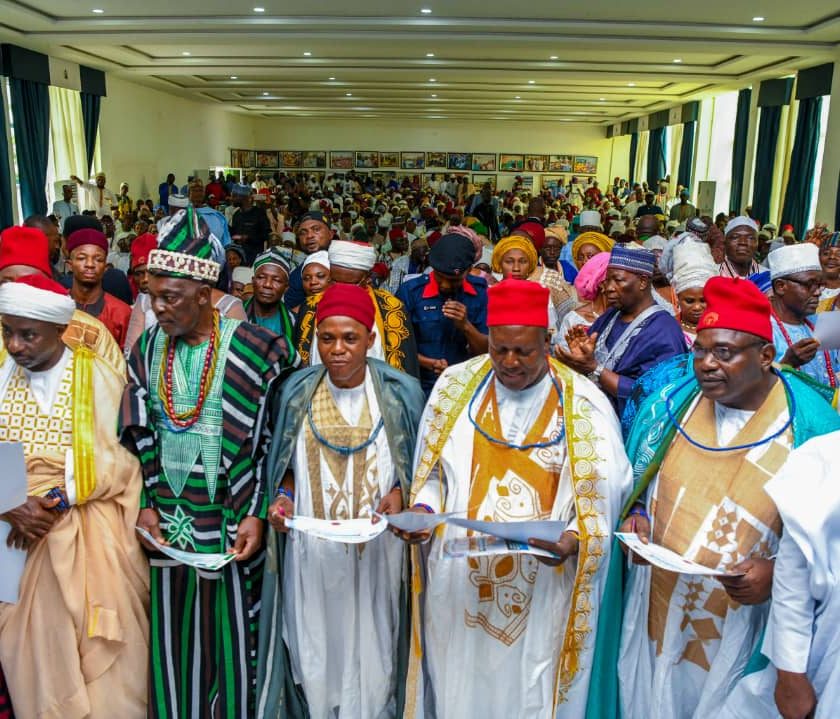 A total of 314 traditional rulers have had their offices graded with 128 of them being presented with the staff of office by Kogi State Governor at the event.

Governor Bello emphasised the very important roles which the traditional institution play in the society affirmed that his government has keyed into this understanding in the interest of the people. 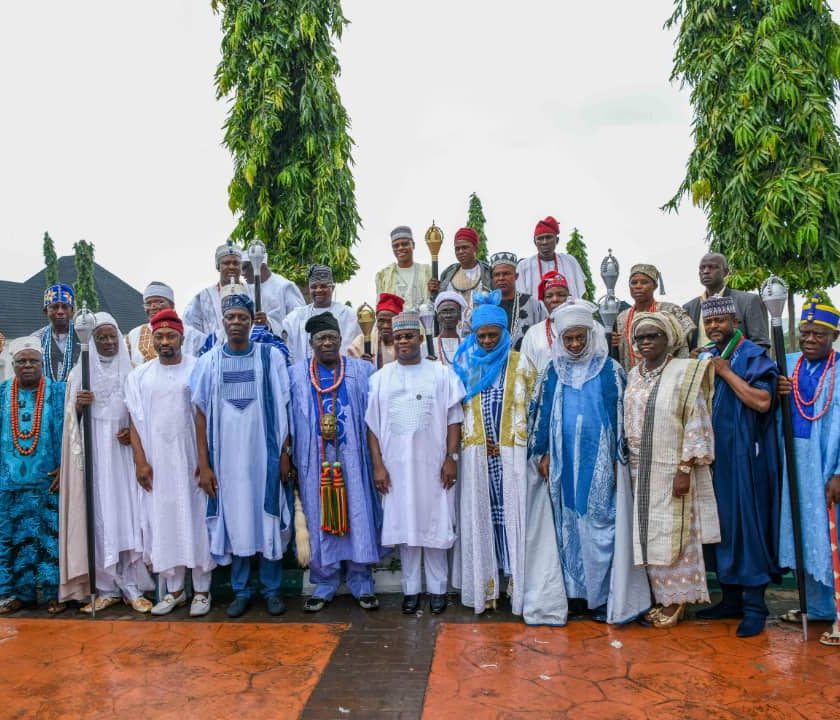 He, however, reiterated the need for the Royal Fathers to protect the interest of all indigenes and residents in their domains irrespective of their ethnic, political or religious dispositions

The Governor charged them to be alive to their responsibilities of fostering peace, unity in their territory as their appointment was a call to more work.

The Governor at the event expressed his appreciation to them for their supportive roles towards his administration while he assured that the Government would sustain its development efforts for the benefits of the people.

On the forthcoming gubernatorial election in the State,  Governor Bello promised to provide the conducive atmosphere that would ensure a hitch-free exercise but advised all political key players to maintain decorum in the interest of peace.

Earlier, the Special Adviser to the Governor on Local Government and Chieftaincy Affairs, Engineer Abubakar Ohere, said over politicization of the affairs of the Traditional Rulers accounted for the large number of those that have not been upgraded and praised Governor Yahaya Bello for creating the opportunity to recognise those presented with Staff of Office today.

Speaking after receiving his staff of office, the Oba of Yoruba Community in Lokoja, Alhaji Audu-Oke expressed gratitude to the Governor for finding it necessary to present it to him.

He said the recognition was long overdue as the community had long expected the occasion following his appointment over a decade ago by former Governor, Late Prince Abubakar Audu.

He said “The Yoruba Community is extremely gratefulmakeupis what we have been yearning for for a long time. This occasion is one that marks a new closer working relationship between our people in all parts of Lokoja and the government of His Excellency, Yahaya Bello.

“We have no doubt that his government is out to enhance unity and closer working relationship between among all the ethnoreligious collection that make up Lokoja and the state in general.”

The Oba Yoruba pledged his commitment and subjects to the policies and programmes of the present administration, adding that he had resolved to mobilise them to work for the re – election of Governor Bello.