Skip to content
You are here
Spread the love
Chairman, Senate Committee on Army, Senator Ali Ndume, on Wednesday said Nigerian Army is being “grossly” underfunded by the Nigerian government.
He said less than Thirty billion budget allocation to Nigerian Army was below what is obtainable in other parts of the world ,urged FG to increase the funding of Nigerian Army. He added that deserved better funding for the fight against terrorism ,banditry and others 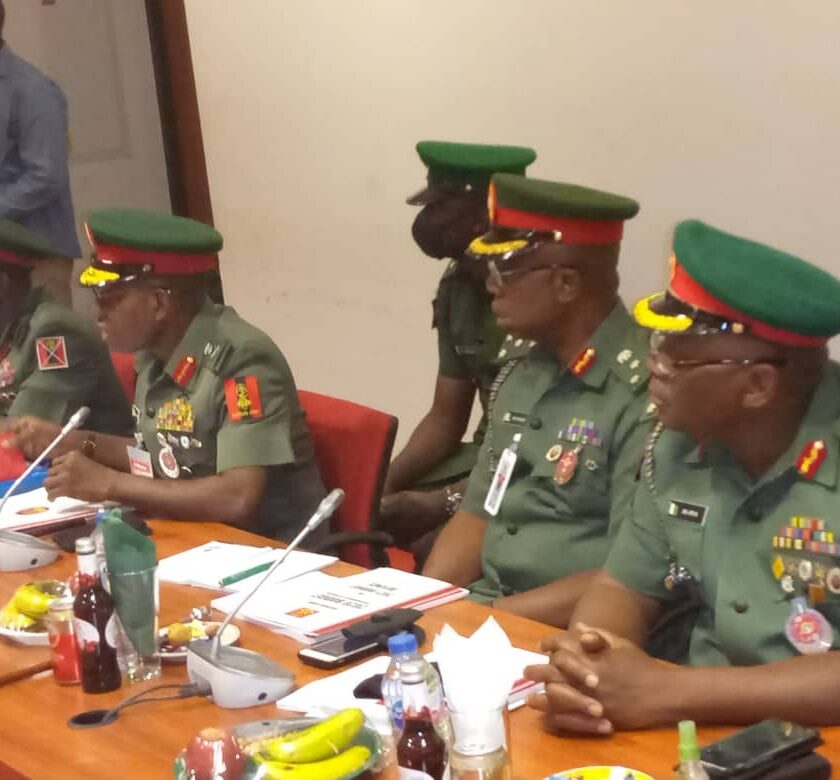 Addressing newsmen shortly after the budget defence by the Nigerian Army in National Assembly, Ndume said the bandits were more equipped than the Nigerian Army.
Ndume who represents Borno South Senatorial District at the Red Chamber, had just rounded up an oversight tour on some Army establishments across the country with his Committee on Army.
The lawmaker observed that, “The difference between Nigerian Army and the bandits is that, they (Army) are trained and also wear uniforms.
“Some of the bandits operate with AK49, the latest AKs, while the Army are still using AK47”.
He said bandits have devised means of getting the Nigerian Army uniforms, and also impersonating Nigeria’s military personnel.
The lawmaker lamented that funds meant for procuring arms and ammunitions were not timely released to Nigerian Army.
Speaking on 2020 budget performance, Ndume said, “The money that was supposed to be given to Army for procurement of equipments, arms and ammunitions, military kitting ,only 64% of that fund was released”.
“In fact, on top of that, it was 50% that was released in July. The second batch of it was released this week.
“Nigeria is at war, the whole of Nigeria Army budget is about $1.3m. That’s at the level of Niger, Chad, Sudan and other poor countries”, Ndume said.
He said, even the little budget being proposed by the executive, there was “no guarantee that this money will be released 100%” to the Army.
The lawmaker, therefore proposed a significant increase in the budget for the Military, while calling on authorities concerned to also make the fund available on time, stated that, the procurement process of Army took longer time than other procurement circles in the budgetary system.
Ndume said, “Section 14(2) of the 1999 Constitution of Nigeria says, the purpose of every government is security and welfare of the citizens”, stressed that, the budget of the country should principally tackle insecurity.