Kogi state Governor ,Yahaya Bello on Tuesday with other political candidates, signed a ‘Peace Accord’ put together by the Independent National Electoral Commission (INEC), pledging to ensure peace before, during and after the November 16 polls in the state.

The peace accord was signed at the stakeholders’ meeting organised by INEC Chairman, Prof. Mamood Yakubu in Lokoja, in the presence of the IGP of Police, Mohammed Adamu; DG NYSC, Shuaibu Ibrahim, NOA, religious and traditional leaders, international and local observers including media agencies. 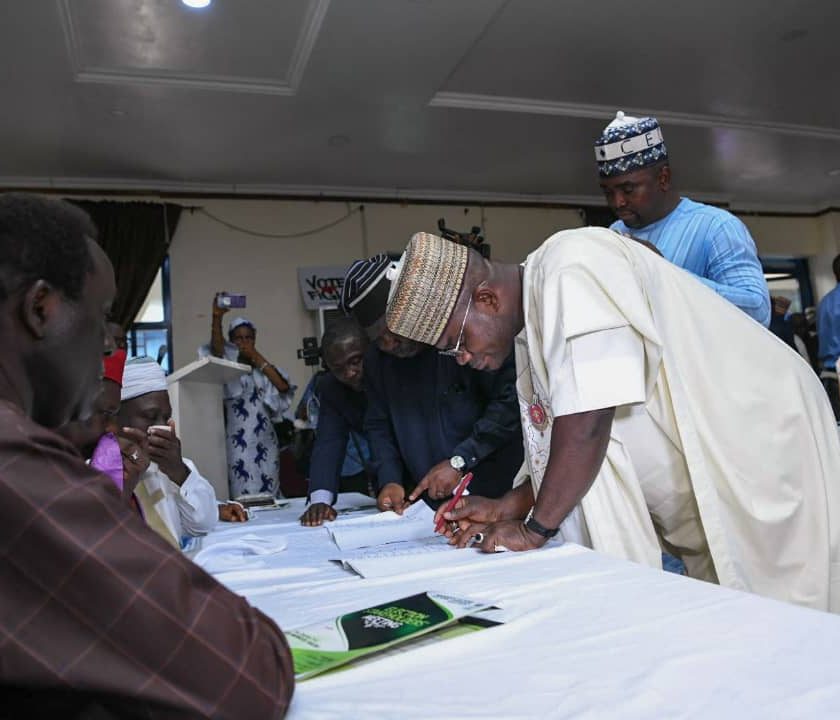 The INEC chairman assured the people of their readiness to conduct free, fair and credible elections, noting that the electoral body had delivered all non-sensitive materials needed for the polls.

Yakubu assured that INEC’s preparation would not be affected by a recent High Court Judgement demanding the inclusion of a particular political party in the polls. 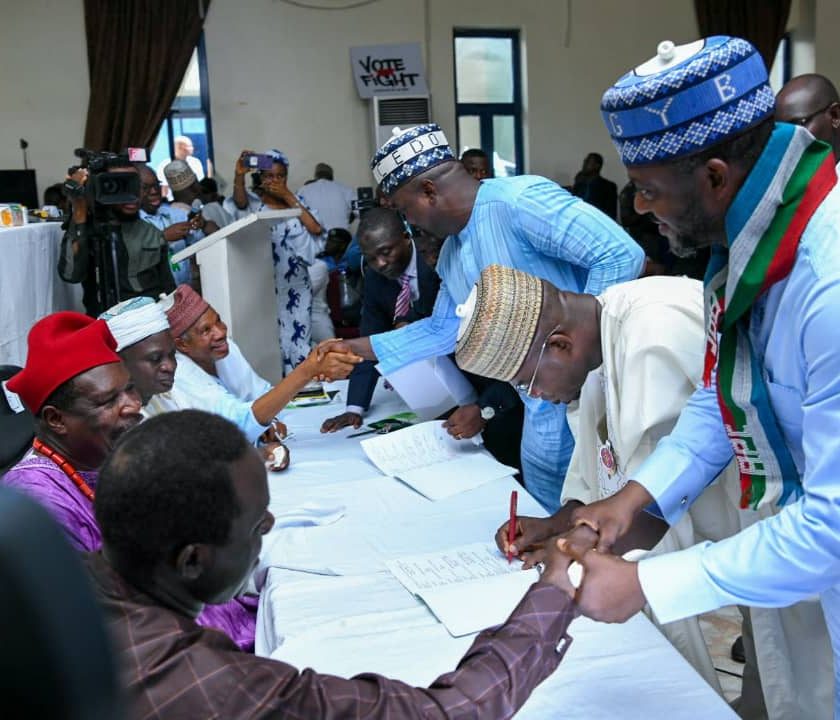 He urged all stakeholders and their supporters to conduct themselves peacefully, stressing that it was their responsibility to protect the lives and property of the people of the state.

The Inspector General of Police (IGP), Muhammed Adamu, assured that the police and other security agencies were ready and committed to ensuring peaceful election.

He noted that since it was not a general election, adequate security operative would be deployed to ensure maximum security, while warning against any act of thuggery or violence that could jeopardize the process.

He reiterated that his men were battle-ready to deal decisively with any person or group that would want to perpetuate evil before, during and after the election.

Onoja explained that the PDP in Dekina has become so violent that since their candidate is an indigene of the area, PDP believed that no other political party should exist in the area again..

Onoja further noted that since the beginning of the campaign by all political parties in Kogi State, the only incidence of death recorded were the four persons killed by the Musa Wada’s convoy about two weeks ago in Idah.

He added that the PDP candidate’s convoy also killed a motorcyclist in Lokoja, during the PDP campaign flag-off in the state capital.

He expressed confidence that there would be no room for those who wanted to win the election through violence, saying the security agencies were battle-ready.