Foundation is everything. Once anything lacks a solid foundation, it is a matter of time before it comes crashing down. Kwara has started the process to give its primary school children one nutritious meal per day, keying into a programme designed by the Federal Government to tackle a number of issues. At the moment, 34 states and the Federal Capital Territory are enrolled in what is called the National Home Grown School Feeding Programme. Only Bayelsa and Kwara are left. Abuja said the programme, launched in 2016, is meant to boost nutrition among school age children, drive up dwindling school enrolment, and help the poor, among other things. 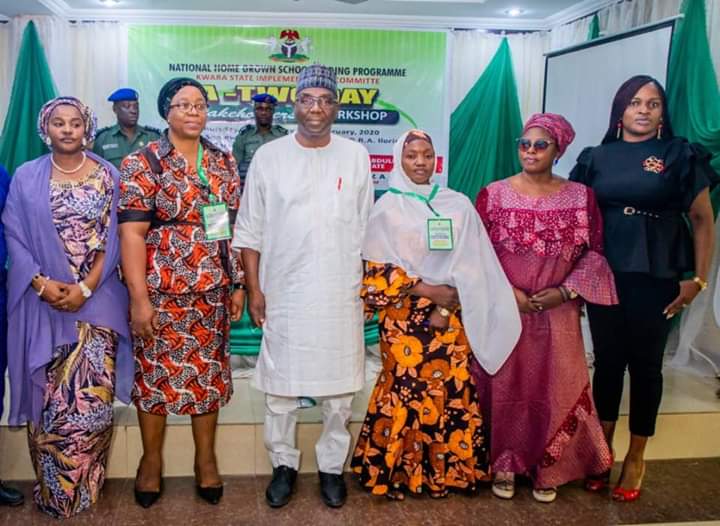 Two weeks ago, Kwara Governor AbdulRahman AbdulRazaq officially flagged off the process that would lead to about 220,632 primary school children across 1,578 public schools having one balanced meal a day. While the step has jerked up his positive ratings in the state, a few individuals — mostly from the middle class — have questioned the need for feeding school children when the state lacks basic infrastructure, including good schools. They have also questioned whether it is sustainable or necessary at this time. To be fair, these critics come under two umbrellas: those who truly do not understand the underlying issues and those who are just not convinced that government should ever do that.

It is better to assume that the first category are in the majority, hence the need to properly explain the apocalyptic foundational issues we face as a state. Kwara leads the north central in school age malnutrition, with 33 percent of its children stunted and another 7 per cent wasted. The picture can’t be grimmer! That means 40 percent of our children are already technically out of the race before it begins.

As at 2019, the UNICEF said five in 10 Nigerian children under five are malnourished (stunted, wasted or overweight), while three in 10 children aged six to 23 months live on poor diets. Experts have linked this phenomenon to various factors, including illiteracy, widening economic inequality, and underage mother syndrome.

The school feeding had therefore been conceived to address three serious issues: malnutrition, rising rate of out of school children, and worsening economic inequality which has devastating consequences for societal cohesion.

The NHGSFP, which Kwara is replicating, is designed to deliver one nutritious meal per day to every school child, thereby helping to provide the most basic nutrients they need for brain and physical development. Some persons have suggested to the government to invest the money for school feeding in infrastructural development. We beg to disagree. While government must indeed ensure decent academic environment, it must be more conscious of “learning outcomes” which are the basis for enrolling children in school.  What is the point in enrolling a malnourished child in a good school when he is clearly unable to learn anything?

School feeding revs up enrollment which has domino effects. While more enrollment reduces the level of illiteracy, it has wider implications for the society especially girl child education. Educated women, because of knowledge, enlightenment and higher income, are less prone to maternal malnutrition or maternal death and are more likely to raise healthy, educated and prosperous children which in turn affects societal growth. While school feeding helps to fight malnutrition among school children, the initiators have something bigger in mind. That includes gradually raising a generation of healthy and well educated children and brightening the future of the country. Experts say bright and better educated children are many times more likely to land good jobs and reduce poverty rate. At the same time, such children constitute the critical mass which Nigeria badly needs.

By all means Nigeria must pursue inclusive growth. Berating the widening inequality in Nigeria, International development body Oxfam said in a recent report: “Nigeria is not a poor country yet millions are living in hunger. The government must work with the international community to get food and aid to hungry people now. But it can’t stop there. It must free millions of Nigerians from poverty by building a new political and economic system that works for everyone, not just a fortunate few.”

The above sums up why the country, with 112 million people living below the poverty line, must redistribute wealth to rein in extreme hunger, destitution, and social unrest. AbdulRazaq’s school feeding, a component of the four-part social investment programme, can’t be more timely. With 220,632 school children spread across 192 electoral wards, the government will engage thousands of food vendors, hundreds of small holder farmers and retailers to take part in the school feeding programme. The value chain is better imagined, clearly taking hundreds of thousands out of extreme poverty.

That said, AbdulRazaq’s school feeding is not a stand-alone initiative. It is coming on the heels of massive rehabilitation of schools across the state and proposed training and retraining of teachers which is covered in the 2020 budget. While the government does not claim to be perfect, it is clear that its approach to education development is sure-footed and all-encompassing, even if gradual and constrained by funds.

Rafiu is the Chief Press Secretary to the Kwara State Governor, AbdulRahman AbdulRazaq.