The Emir of Lafia, His Royal Highness, Justice Sidi Bage (Rtd) has promised to give more support to National Youth Service Corps in it’s quest to continuously contribute to the promotion of national unity, integration and all-round development.

The Chairman, Nasarawa Traditional Council stated this while receiving the NYSC  Director-General, Brigadier General Shuaibu Ibrahim, who was at his palace on a courtesy visit. 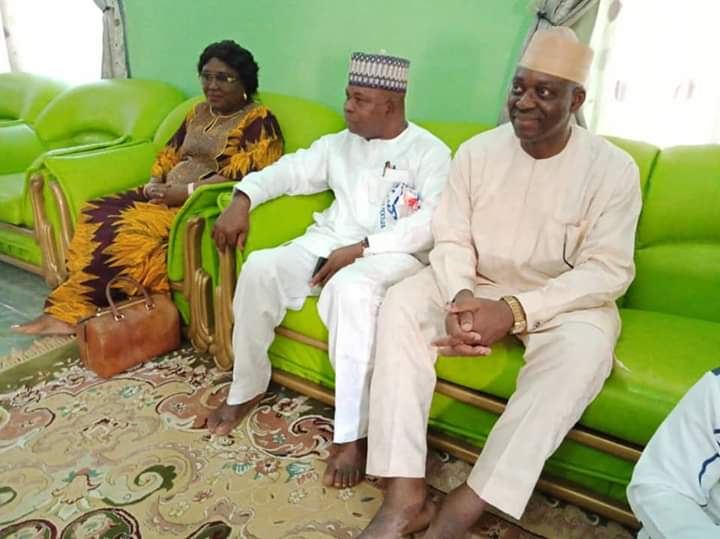 The monarch who expressed delight with President Muhammadu Buhari for appointing one of the illustrious sons of his state as the Director-General of NYSC said that the whole state is solidly behind their son to succeed.

“Brigadier General Ibrahim is one of our own, hence, we must rally round to ensure he achieves unmatched records as the Director- General of NYSC. He is our son that we are very proud of. He is one of the nation’s finest military officers,” the monarch said.

Earlier, General Ibrahim who was accompanied on the visit by some management staff of NYSC said that he was at the palace to register his presence in the state on official visit, and to seek royal blessing from the emir.

Speaking further, the NYSC helmsman stated that strengthening of existing collaboration between the Scheme and all stakeholders is one of the five pillars of his administration.

He said, “Your Royal Highness, one of the five items on the policy thrust of my administration is to make our relationship with all partners stronger. To this effect, I have visited numerous stakeholders across the length and breadth of this country since I assumed office on 10th May, 2019”.

General Ibrahim thanked his host for receiving him at short notice.