Skip to content
You are here
Nasarawa State Governor,  Engineer Abdullahi Sule, has reassured that the state still remained safe, in spite of some security challenges, which led to the kidnap and murder of the state APC chairman.
Engr.Sule gave the assurance while hosting the national leadership of the Trade Union Congress (TUC) Women Commission, who were on a courtesy call at the Government House,  on Friday. 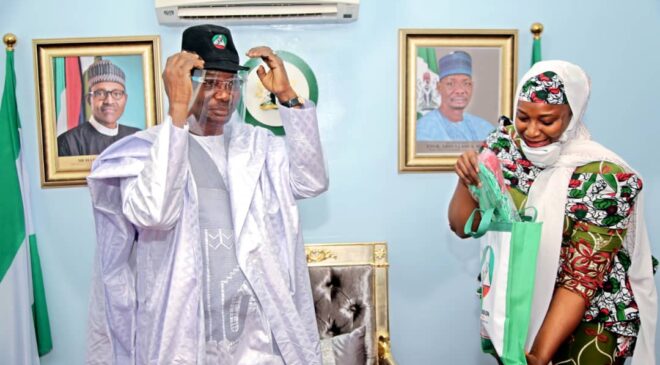 According to the Governor,  the issue of security in the state, was not as bad as it’s being projected, added that,  though it was terrible for the state chairman of the ruling party to be murdered, still government has taken adequate steps to maintain security in the state.
He disclosed that security has been heightened across the state since the murder of the late Chief Philip Tatari Shekwo, with combined military operation ongoing to further rid the state of bad elements.
Engineer Sule further revealed that following intense pursuit of the kidnappers of the sibling of a principal member of the Nasarawa State House of Assembly by a combined security operatives, the kidnappers were forced to abandon their victim, who regained his freedom.
In addition to that, the Governor announced that three suspects, linked to the murder of the state APC chairman, were early morning on Friday, killed by military operatives in Loko, with 9 other suspects also linked to the murder of the late Chief Shekwo, arrested.
He further disclosed that security operatives recovered four number of AK47 from the suspects killed in Loko.
“The military is not taking it lightly with these criminals.
“The situation that we have, is yes, we are having few security challenges in the state but the security agencies have not rested,” he stated.
The Governor reiterated that, for his administration,  security is not too expensive, unless the state lack the resources.
“If we have the resources, we will put all our resources to ensure that we protect the lives and property of our people,” Engineer Sule said.
Earlier, in her opening remarks, National Chairperson of the TUC women wing,Hafsat Shuaibu, scored the Governor high for making Nasarawa State reasonably safe.
She however recounted the challenge faced trying to convince women from mostly the southern states, to attend the TUC Women Commission annual seminar in the state, with most of them expressing fears about the level of insecurity in the North.