It was a memorable and entertaining friendly between long sport rivals; NASRDA F.C and Defence Space Administration, owing from the tradition of a football competition during the Yuletide season.

NASRDA FC emerged winners of the football competition with a 2-1 win over Defence Space Administration FC. 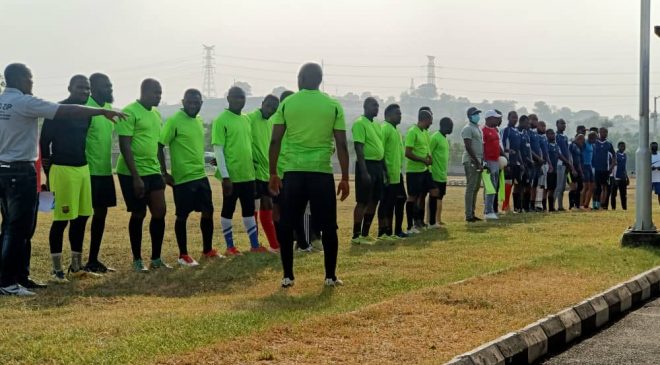 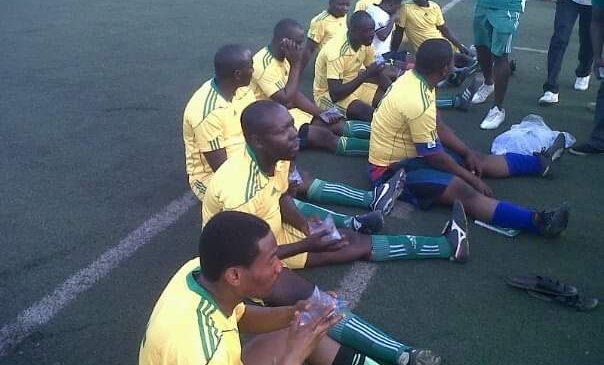 After the match was kicked-off by the Director General NASRDA, Dr. Halilu Ahmed Shaba at about 4 pm, the host team scored the first goal at the 19th minute but Unekwu Baba scored a goal for NARSDA FC in the 29th minute to level the scores during the first half to 1-1

Isaac Ayodele Arowosegbe led the team to victory in the second half in the 69th minute, bringing the total scores to 2-1 in favor of NASRDA FC.

Earlier ,before the match, the DG of NASRDA,Dr. Halilu Ahmed Shaba, encouraged the players to ensure they play safe and return with lots of goals, he promised to continue to throw his weight behind the team but most especially, to ensure their welfare is adequately catered for.

Also speaking, Director of Sports, Defence Space Administration, admonished all the teams to play with caution and ensure they see each other as friends instead of enemies in a war front.

“Not only will the competition keep the staff of Research and Development Institutes fit and healthy, but it will further help NARSDA FC get ready for the Research Institute Games Association of Nigeria (RIGAN) games as well as other federal government annual sports activities.

In addition, this type of Friendly match couple with the Federal annual Sporting activities will provide recreation, interaction, promote friendliness among members of the various Institutes, to achieve sound mind and physical fitness required for attaining the goals set for Research and Development Institutes