Skip to content
You are here
The contributions of the the Nigerian Communications Commission (NCC) to the fight against insecurity in the country has received global endorsement with the Commission bagging two prestigious international awards at the weekend.
Leading the pack was the International Public Relations Association (IPRA) Golden World Awards (GWA) 2020 won by the Commission for its harmonized emergency number, 112 and the construction of Emergency Communications Centers (ECCs) in 36 states of the Federation and the FCT with 19 states already operational and additional five ready for activation. 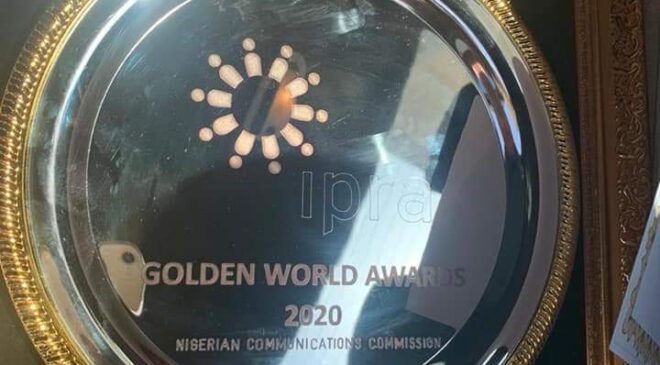 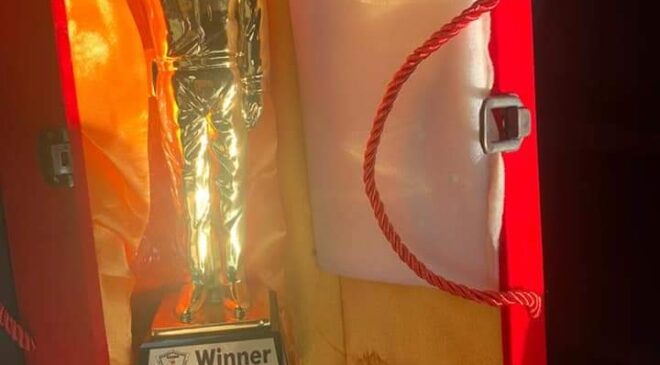 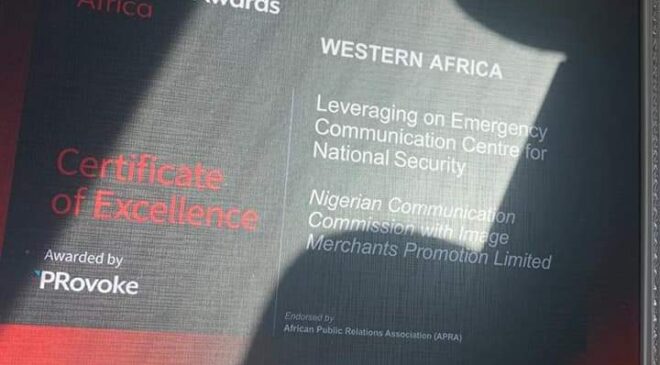 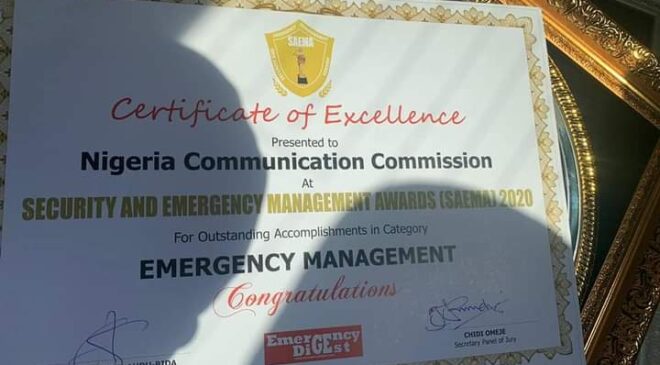 The presentation of the IPRA Golden Global Awards (GGA) 2020 to the Commission had been scheduled to hold earlier this year in Germany but could not hold because of the COVID-19 pandemic.
The NCC also received the African Public Relations Association’s (APRA) Certificate of Excellence for its efforts in “leveraging the emergency communication centres for national security.”
However, at the Security and Emergency Management Award (SAEMA) 2020, where the President of the Nigerian Institute of Public Relations (NIPR), Malam Mukhtar Sirajo, handed over the coveted trophies to the Director Public Affairs of the Commission, Dr. Ikechukwu Adinde, the NCC was declared Winner of ‘Emergency Management Security and Emergency Management Award.
The NIPR President commended the NCC for a culture of professionalism in the management of its corporate communications and public relations, noting that ‘this has been largely responsible for its enviable corporate image and the many awards it had attracted over the years.’
In the same vein, the NCC was also presented with a Certificate of Excellence for ‘Outstanding Accomplishments in Category of Emergency Management’ at the award.
Speaking at the event, Malam Yusheu Shuaibu of Image Merchants Promotion Limited, lauded the NCC for launching an impressive campaign on its emergency communications project.
“The ECCs were activated as a one-stop shop for receiving distress calls from the public and dispatching same to appropriate Emergency Response Agencies (ERAs) for timely response and resolution of the distress.
“The ECC project had been in limbo until a new management under the leadership of Danbatta, embarked on the construction and operationalisation of the ECCs across states of Nigeria and the Federal Capital Territory (FCT) till date,” he explained.
At the maiden edition in 2019,  the Executive Vice Chairman and the Chief Executive Officer, Prof Umar Garba Danbatta was recognised as ‘Nigeria’s Goodwill Ambassador for Security and Emergency Management in Nigeria’ while the NCC, as a corporate organisation, was given with the ‘Corporate Social responsibility Award in Security and Emergency Management in the country.’