Skip to content
You are here
Spread the love
The Secretary to the Government of Niger State (SSG), Ahmed Ibrahim Matane has reaffirmed that the new Niger State Urban Support Policy would facilitate a profound paradigm shift that build good understanding, mutual respect, and a sustainable partnership between the State and residents of Cities.
Ahmed Matane disclosed this when he declared open Policy Dialogue and Validation of the Draft Niger State Urban Policy held at Justice Idris Legbo Kutigi International Conference Centre, Minna. 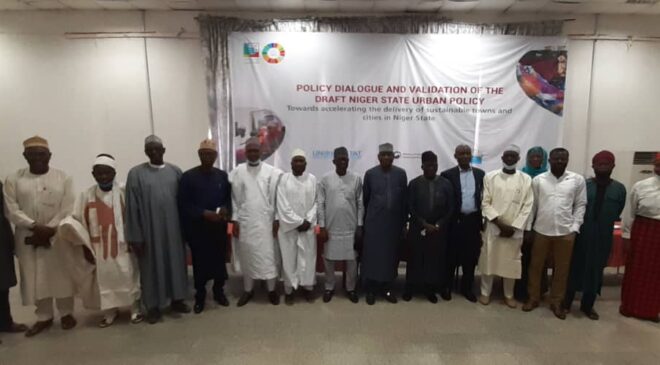 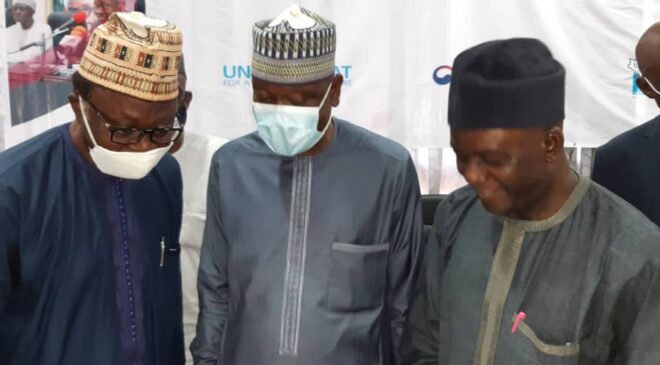 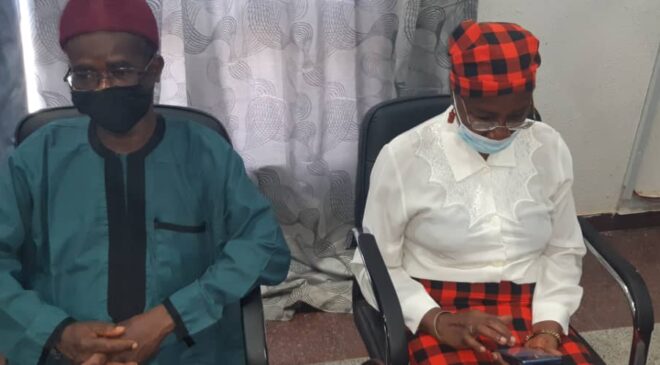 The SSG revealed that it is expected that the new Policy would enable towns and cities to rearrange their financial management and governance in order to provide their residents with infrastructural facilities.
According to Ahmed Matane “the objective of the Policy/Dialogue was to give the stakeholders the opportunity to validate the content of the draft Policy.
He told the stakeholders that the final version of the draft policy will be presented to the State Executive Council for consideration and approval after due consultation with UH-Habitat, added that the approved Policy will be presented to the State House of Assembly to be enacted into law.
Matane stated that the present administration led by Government Abubakar Sani Bello was working tirelessly to ensure that the State Urban Policy is developed based on the National Urban Policy 2012.
The SSG further said that Government established the Technical Support Team (TST) aimed at providing support for the development of the State Urban Policy hence for all and sundry to support this laudable initiative.
In his remarks via virtual, the South Korean Ambassador to Nigeria, Ambassador Lee In-Tae commended Niger State for taking the lead in enacting a Sub-National Urban Policy in the country.
While also making his remarks via virtual, Dr. Remy Sietchiping of UN-Habitat, Kenya assured the State Government of UN-Habitat’s support and commitment to providing technical assistance in urban development matters so as to achieve the set objectives.
Earlier in his welcome address, the Coordinator, Niger State Urban Support Programme, Professor Mustapha Zubairu disclosed that Niger State remained the only State not only in Nigeria but the whole of Africa to adopt Sub-national Urban Policy and commended the administration of Governor Abubakar Sani Bello for supporting the programme.