Skip to content
You are here
Spread the love
Nigeria Governors Forum (NGF) has congratulated the former Chief Whip of National Assembly and Minister, Hon Abubakar Bawa Bwari on the conjugal bliss of his daughter. 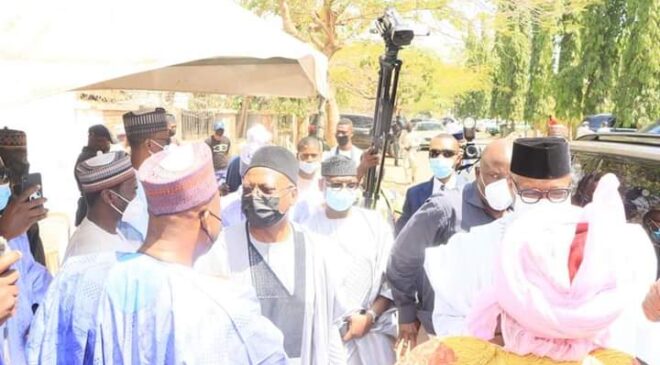 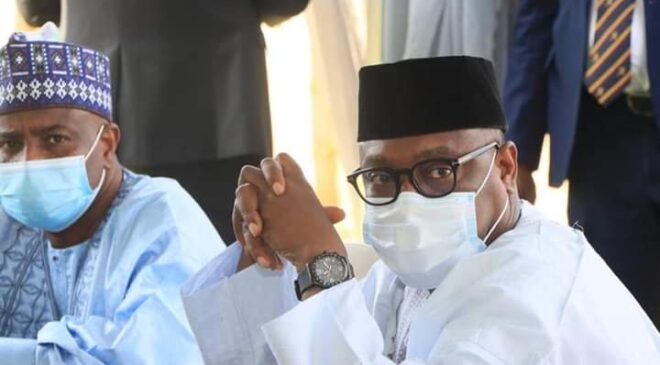 Niger State Governor,Abubakar Sani Bello who represented the NGF Chairman Dr. Kayode Fayemi of Ekiti State said marriage was among the  obligations of Muslims hence the NGF is felicitating with the couple and their parents on the occasion.
The NGF Chairman appealed to the new couple to be tolerant with each other and adhere to the tenets of marriage.
He then prayed that God will bless the marriage between Samira Bawa Bwari and Najib Ahmed Idris.
The wedding Fatiha was officiated by Sheikh Nurudeen Khalid, while the sermon was delivered by Amir Abubakar Sadiq who represented Sheikh Nurudeen Lemu.
A dowry of N200, 000 was announced to have been paid by the groom.
Former Speaker Houses of Representative, Ghali Na’abba and Salisu Ibrahim were the representative of the bride and groom’s families.
Governors of Kebbi and Sokoto States, Senator Sani Musa and Hon Mohammed Umar Bago of the National Assembly from Niger State were among the dignitaries that graced the occasion.