The National Human Rights Commission (NHRC) has reiterated the obligation of the federal government to protect the lives of both the military personnel and other citizens under its jurisdiction from attacks by armed groups.

The Chairperson Governing Council of the Commission, Dr. Salamatu Suleiman who stated this in Abuja at a Colloquium on Human Rights in Counter Insurgency Operation in Nigeria observed the protection of lives of military personnel and citizens was imperative given the increased insurgency and counter-insurgency operations in some parts of the country.
Speaking during her opening statement at the colloquium organized by the NHRC in partnership with Center for Democracy and Development, with the support of the Open Society Initiative for West Africa (OSIWA), the Chairperson regretted that both the military and other citizens have been known to suffer constant human rights violations in some part of the country.
These violations, she noted, include the right to life, the right to freedom of movement, torture, extra judicial executions, inhuman and degrading treatments, and others.
Despite the above challenges, the Chairperson stated that all hope is not lost given the commitment of the leadership of the Commission to partner with relevant bodies to deliver on its statutory mandate of promoting and protecting, and enforcing human rights in Nigeria.
In his welcome address, the Executive Secretary of the Commission, Chief Tony Ojukwu (SAN) said the colloquium was coming at a time when insurgency, banditry, and separatist agitations continue to unleash violence on Nigeria.
The Chief Custodian of Human Rights in Nigeria, therefore, lauded Centre for Democracy and Development (CDC) and the Open Society Initiative for West Africa (OSIWA) for the partnership in organising the colloquium which is an opportunity for stakeholders to brainstorm on how best to mainstream human rights principles in counter-insurgency operations in the country.
According to Ojukwu, the Boko Haram insurgency in the North East has led to the loss of over 350,000 lives and the displacement of more than 2 million people from across the region and other parts of Nigeria and neighbouring countries. 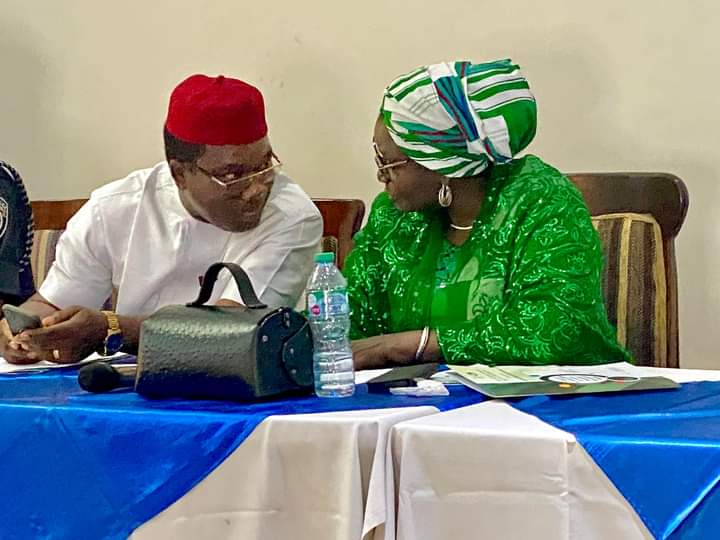 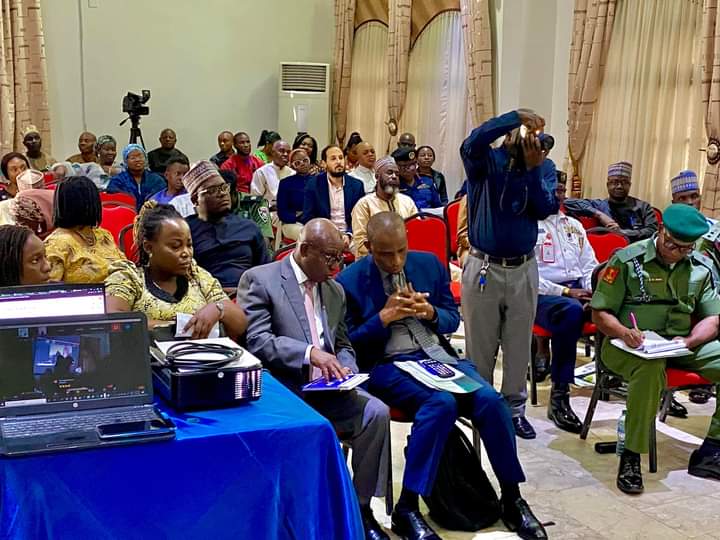 The Executive Secretary further stated that the Commission under its power in Section 5 (j) of the Act to receive and investigate complaints concerning violations of human rights has continued to receive reports of human rights violations by our Armed Forces on civilians, and these complaints are being handled in line with the mandate of the Commission.
These human rights violations, the NHRC’s Chief Executive Officer noted, include prolonged detention, bombardments, revenge attacks, and extra-judicial killings among others.
In his remarks, the Chief of Defense Staff, General Lucky Irabor assured Nigerians that the Nigerian Military always has the interest of the civilian populations in its counter-insurgency operations in Nigeria and would not embark on any operation that would result in civilian casualties.
The Chief of Defense Staff who was represented at the event by Rear Admiral Adeseye Ayobanjo (of Defense Civil-Military Relations) said that in a bid to integrate human rights in the operations of the military, efforts are usually made by the authorities in the military to collaborate with the necessary partners like the NHRC and other Civil Society Organisations (CSOs) to continuously train military personnel on human rights principles that are applicable during operations.
In doing this, he disclosed that apart from training Commissioned Officers as was done in the past in counter-insurgency operations, non-commissioned Officers now participate in the various human rights training targeted at integrating human rights in military operations.
He further stated that the military will not fail in its responsibility to fight the Boko Haram insurgents and ISWAP, which he noted are characterized by the destruction of lives and properties of citizens.
He, however, stated that human rights violations have drastically reduced despite the threat of insurgency in the country since 2009.
Other participants including members of the CSOs, development partners, regional and international human rights networks, etc were all united in their concerns that the Military has no option but to protect the rights of the civilian populations in its operations, by abiding by the Rules of Engagement and Code of Conduct for military personnel.