Skip to content
You are here
The Chairman/CEO, Nigerians in Diaspora Commission (NIDCOM),Hon. Abike Dabiri-Erewa, has been honoured with another award tagged: ‘The 2021 NEWSDIRECT AWARD OF EXCELLENCE FOR EXEMPLARY LEADERSHIP’ .
The award ceremony which took place in Lagos on Friday at the Federal Palace Hotel, Lagos had as its theme  ‘PUBLIC SECTOR FINANCING: THE OIL REVENUE, CHALLENGES, SOLUTIONS & PROSPECT.”
Speaking on the rationale for bestowing her the award, the Publisher/Editor in Chief of the NEWSDIRECT Newspaper , Dr Samuel Ibiyemi said the decision to honour her was informed by special recognition given to the strides and remarkable roles she played in driving diaspora remittances as well as protection of Nigerians in the diaspora. 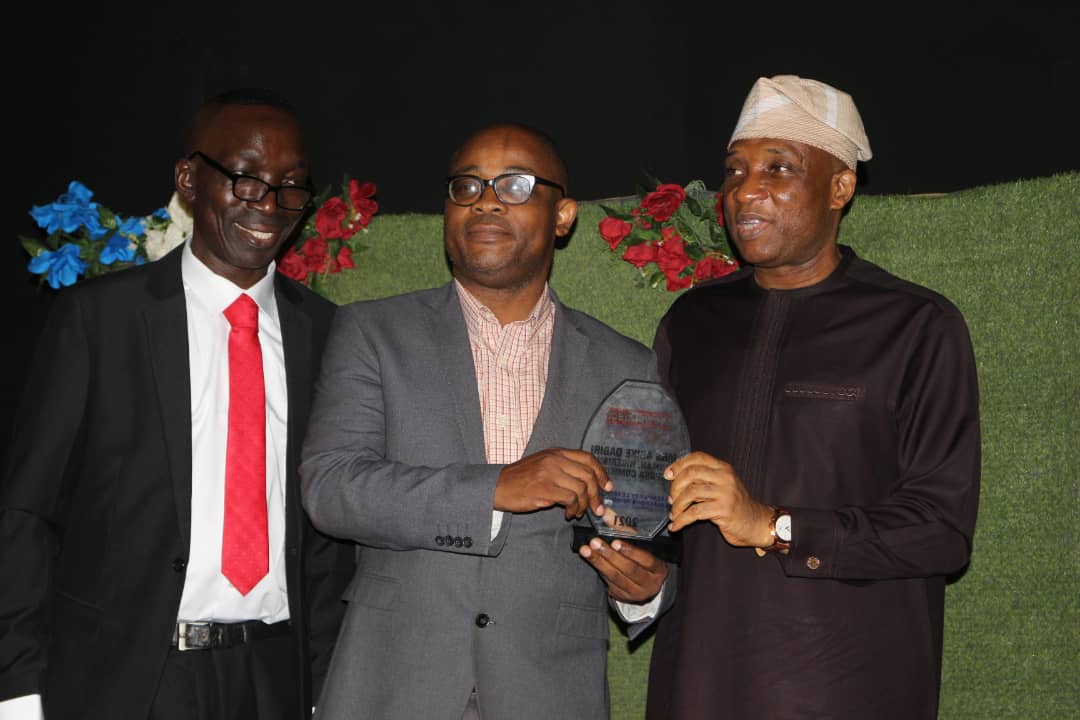 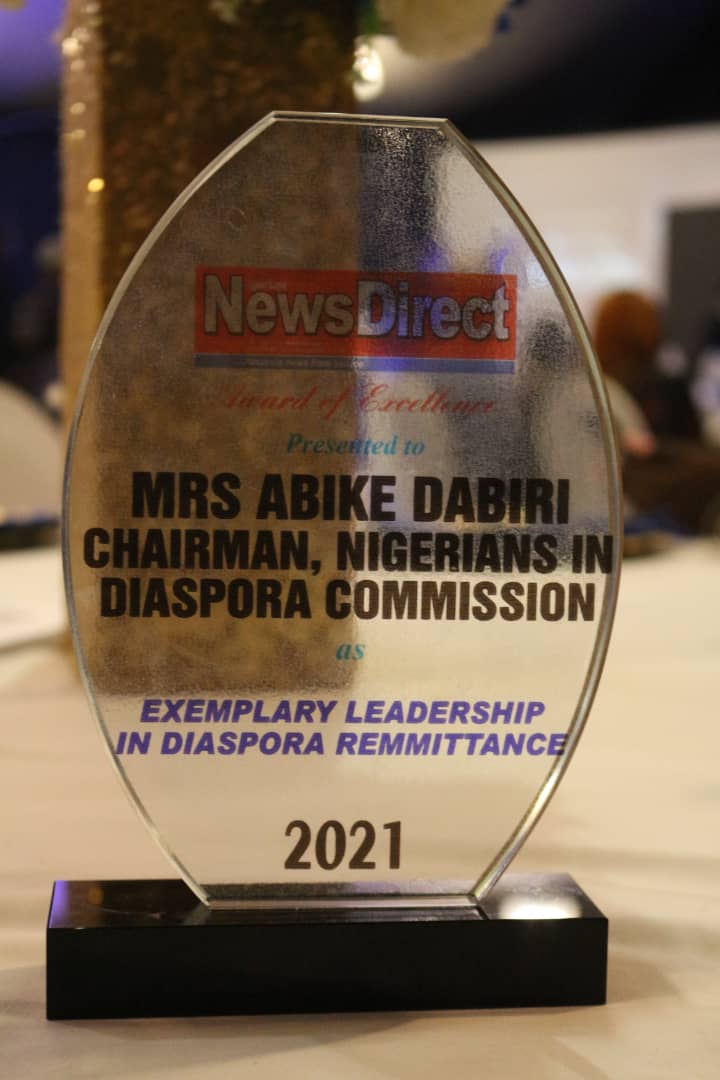 He said the benchmark of the nomination which took centralised comparative positioning among Nigerian Chief Executive Officers as well as top government officials in the country, was anchored on indices of quality, innovativeness among other deliverables.
Mr. Oladipo Odebowale, the  Head Lagos Annex Office of NIDCOM, received the award on her behalf.