Nigeria as a nation is adjudged the most populous black nation in Africa, largest growing economy, first African country to automate its SLTD upload to the International Police Global System (IPSG), attracting for the country the 1st in Africa and 54th globally.

With Nigeria’s agrarian land mass, agriculture may replace its dependency on oil. The most educated black citizens spread across the globe are Nigerians and have  always played the big brother role in global issues regarding the black race and in Africa. Nigeria has helped nations and leaders emerged from turbulent, crisis, fought for peace to be restored in troubled nations over the years, contributed to the growth and development of nascent countries.

Nigeria has come of age, we have binded the continent together, we have promoted the global peace, Nigeria the home of the largest black race in the diaspora, the Nigeria spirit is a no giving up spirit, the goal getters spirit, the inventors spirit, home of most revered clergymen and women, musicians, artists, actors, captains of industries of repute, reputable and world class economists and bankers, celebrated academic leaders in all field of educational endeavors at home and abroad, Nigeria @60 giant of Africa, this glory we shall retain for posterity with transparency, tolerance for each other, incorruptible new way of life, Nigeria we hail thee.

Brand Reputation and Management for the NIS Service Windows

Passport and Other Travel Documents:

You are welcome to the first of its kind training for Passport Control Officers and help desks at the passport offices across Nigeria and 52 missions where NIS Attachés were deployed. It is a great opportunity to rub mind with external assessors of our services particularly the passport, which many assumed to be our only work, but more than passport issuance and administration. The NIS is the lead agency in border management and control along all the recognized entry points and other space created by criminal elements with the intension to circumventing and evading checks and clearance procedures by operatives deployed to control posts, Border Patrol Checkpoints and flanks suspected to be used by elements involved in clandestine activities around the Nigerian Border frontiers.

On assumption of duty after his appointment by President Muhammadu Buhari, the Comptroller General of Nigeria Immigration Service Muhammad Babandede, who was ACG and later promoted DCG under whose purview was Passport Administration and Issuance bringing the Nigerian passport services to an enviable level in quality and rating among passports of countries around the world, with graduation from e-passport to the enhanced 10 year validity passport among the menu introduced when he became Comptroller General of Nigeria Immigration Service among many reforms he introduced. 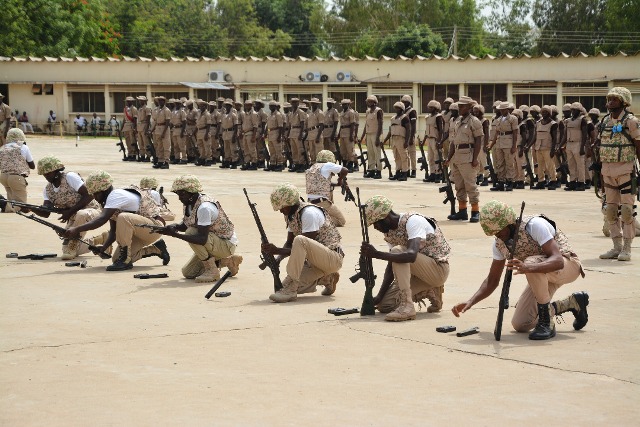 From 2003, when former President Olusegun Obasanjo visited Malaysia on return he tasked the NIS to introduce Electronic Passport and Auto-Gate System. This provided the solution to the Nigeria’s Machine Readable Passport (MRP), which had weaknesses in document design and allowed criminals to forge or fake the MRP with ease. Confronted with these challenges and in pursuit of the resolution of ECOWAS Heads of Government on the harmonisation of national passports of member states, the Federal Government adopted the Malaysian type of passport.

The Nigeria’s harmonised ECOWAS Electronic Smart Passport is designed to solve the problems associated with multiple acquisitions, forgery, identity theft /abuse and a host of other economic and financial crimes perpetrated. The E-Passport was rolled out by President Umaru Yar’Adua on July 27, 2007,with the following unique features

With the introduction of the enhanced 10 year validity passport and other menus, when the passport was introduced and issued to President Muhammadu Buhari at the State House, Presidential Villa, Abuja in February, 2019, the National Identity Number (NIN) became a major requirement and the information on the National Identity Card must tally totally with the information on the passport otherwise the systems integration will not accept to process the document, hence applicants have to reconcile their information on NIMC platform before approaching the passport offices nationwide, while taking the other requirements into consideration.

Benefits of the E-payment

Nigerians are advised to apply and pay online for passports to curb touting and unnecessary charges by unauthorized vendors. 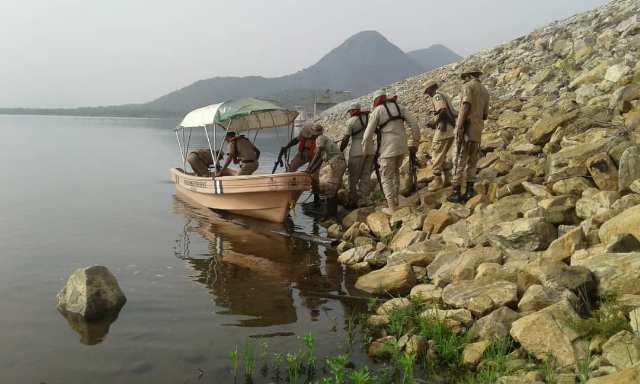 Nigeria, Africa’s largest economy ascension as the world’s 30 largest economy would be further substantiated by the citizens and passport integrity drive embarked upon deliberately by the NIS through automation of service machineries among which is the automation of the i-24 /7 platform for interpol SLTD that made Nigeria the 1st in Africa and 54th in the world to have automated . Businesses will strive when there is trust repose by investors on the citizens and the environment is friendly without fraudulent documentation especially the passport which is a symbol of our true identity should open the gate of every other country to Nigerians traveling with the right attitude and consciousness of citizens integrity which is personal as our lifestyle is first individualistic before it becomes a national issue.

The following economic analysis will help our understanding of the importance of citizens and passport integrity to the economic growth and development of Africa’s largest economy, a country with Gross Domestic Products(GDP) by IMF valuation in 2019 rating as the 27th in the world with a sum of $446Billion.

Nigeria’s economy is said to be larger than that of Argentina- $445 billion, Norway’s – $418 billion, United Arab Emirates – $406 billion, Israel’s -$388 billion, Ireland’s-$385 billion, before the declaration of COVID-19 as pandemic by  the World Health Organization (WHO). In March 2020, Dangote Cement 2020 valuation of $9.6 billion was equal the value of Emaar properties-owners of the BurjKhalifa. Dangote Cement was adjudged larger than the largest Mexican cement company – Cemex with $5.6 billion, Japanese Taiheiyo Cement-$3.3 billion,Taiwan Cement-$7.8 billion and Semen Indonesia’s-$4.9 billion.

Even with the impact of Corona virus pandemic on global businesses, MTN Nigeria is valued with a capitalization of – $6.7billion while its parent company in South Africa MTN Group of South Africa only valued $5.8billion.

Global banking categorisation puts Nigerian owned Zenith Bank valuation at $2.2billion almost three times the value of Banc of California-$865 million, Canadian Laurentian Bank-$1.3billion,Lebanon Largest Bank-Bank Audi-$556 million. The companies used for these economic analysis continued to position  Nigeria on the global map. Nigeria Immigration Service rethinking digital Comptroller General Muhammad Babandede is also using citizens- passport integrity to launder Nigeria’s image and acceptability globally with the rise of de- globalisation engulfing the west, there is no other destination for investments and global collaborations but Africa – with Nigeria as the most preferred destination for investments, considering the need for scale and population size of 200 million people.

The Nigeria Visa Policy 2020 will be the driver for investment with its 79 categories of visas with tourism, hospitality, medicare, religious tourism, family re-union for Nigerians in Diaspora etc bringing volumes of capital into the economic space of the country. Nigeria Immigration Service will continue to practice Citizens Diplomacy with the new Visa regime whereby reciprocity and fair treatment of our citizens will attract same, while the fundamental rights of every traveler to Nigeria is given high esteem.