Skip to content
You are here
The Armed Forces of Nigeria and that of Sao Tome and Principe have expressed commitment to strengthen the existing bilateral defence collaboration between the  armed forces of both countries.
The Chief of Defence Staff (CDS), General Lucky Irabor made this known when he played host to the CDS of the Armed Forces of Sao Tome and Principe, Brigadier General Idalecio Pachire who was on a visit to Nigeria. 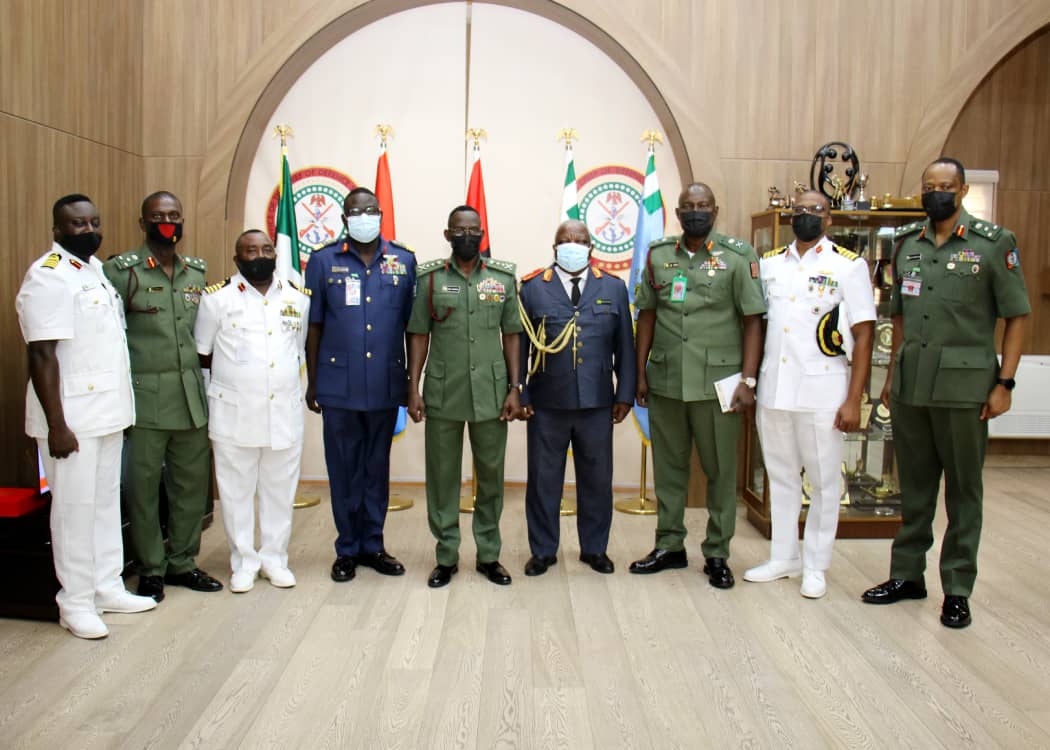 The meeting between the two Defence Chiefs centred on the critical role which both nations Armed Forces are playing in securing the Gulf of Guinea.
Gen Irabor pledged commitment to further tackle issues of piracy and other forms of criminality within the corridor of the Gulf of Guinea.
Other areas of collaboration discussed during the visit were capacity building of Sao Tome personnel, joint exercises and training assistance among others.
The Sao Tome and Principe Defence Chief equally visited the Nigerian Navy Headquarters as well as the Defence Intelligence Agency.
Both Nations have long standing history covering diplomatic and military collaboration which has been sustained over the years.