The National Youth Service Corps and the Industrial Training Fund (ITF) have agreed to set up a technical committee to reinvigorate their  partnership on the empowerment of Corps members for self-employment.

This decision came when the NYSC Director-General Brigadier General Shuaibu Ibrahim paid a courtesy visit to his counterpart of the ITF,  Sir Joseph Ari in Jos, Plateau State. 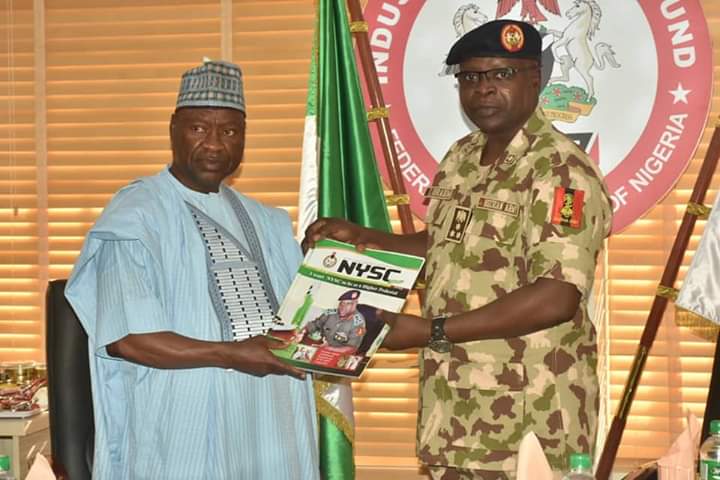 Ibrahim spoke of the achievements made so far by NYSC through its Skill Acquisition and Entrepreneurship Development (SAED).

He disclosed that one million four hundred thousand Corps members had so far been sensitized and trained on entrepreneurship development added that many of them had already established successful businesses.

The Director-General expressed confidence that more feats would be achieved if the Scheme was availed of the technical support of ITF.

Ibrahim commended the ITF for its  good job, and assured of  commitment to further strengthening the cordial working relationship between the two Agencies. 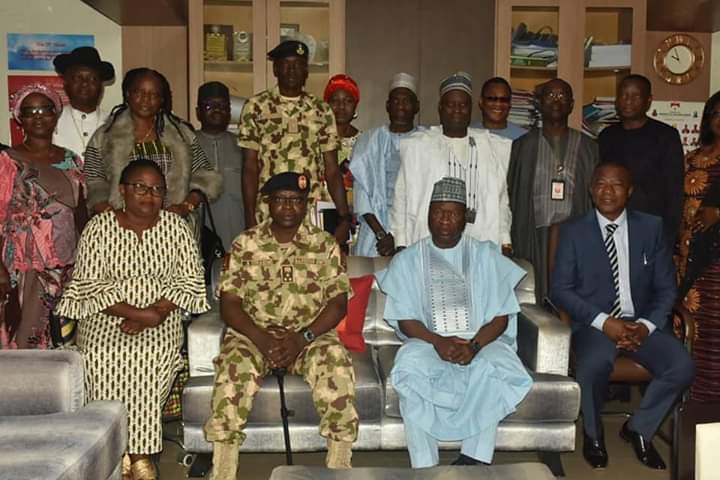 In his response, the ITF Director-General Sir Joseph Ari welcomed the renewed commitment of the NYSC Management to the partnership on empowerment of Corps members.

Ari disclosed that the ITF had already designed a programme called ‘Graduate Up-Skilling,’ which would enable youths learn vocational and entrepreneurship skills for self-employment at the end of their academic pursuits.

He said the programme which was in alignment with models in Brazil, Germany and Israel, would be beneficial to the country.

He congratulated the NYSC Director-General on the feats achieved so far achieved since his appointment.

“I am sure that given your pedigree and your track records in other places you have worked, many landmark achievements will be recorded in the Scheme.

“I have read news of your exploits, and I have no doubt in my mind that you are a visionary leader, who has come to NYSC to make contributions for the benefit of our great country,” he said.