Skip to content
You are here
Spread the love
The National Youth Service Corps has officially unveiled its maiden movie titled, “A Call to Service”.
The Scheme said it would continue to sensitize members of the public on their expected roles and responsibilities as spelt out in the NYSC Act Cap N84 Laws of the Federation of Nigeria 2004 and the NYSC Bye-Laws.
It also reiterated its commitment towards encouraging the youths to be vanguards of patriotism, national unity, peace and cohesion, which are hallmarks of the National Service. 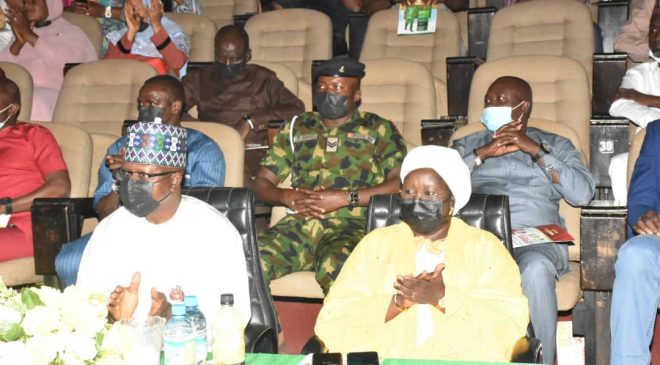 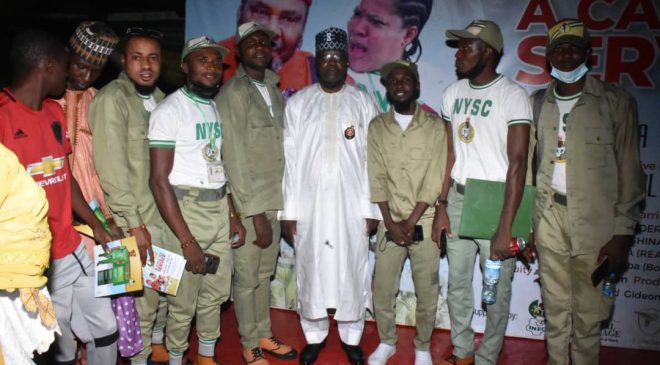 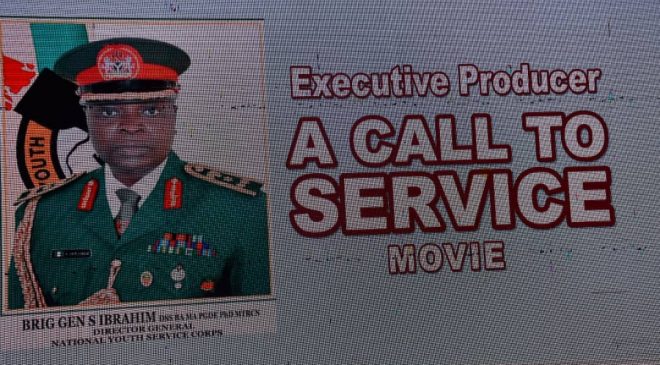 NYSC Director-General, Brigadier General Shuaibu Ibrahim stated this in Abuja in his address while unveiling the maiden NYSC movie.
“The movie will encourage locally and foreign-trained Nigerian graduates that are eligible for National Service to immediately make themselves available for service upon graduation as well as avoid infractions such as abseentism, abscondment and certificate forgery”Ibrahim said.
The DG added that NYSC has become a household name in Nigeria owing to its invaluable contributions to national unity and development.
He said the role of NYSC in the training and youth mentorship prepares them for future leadership responsibilities which have been appreciated by all and sundry.
Ibrahim added that successive managers of NYSC have taken various measures aimed at sustaining public support for the Scheme.
‘We not only make it responsive to contemporary national needs but also ensure adequate publicity for our programmes and achievements”, the DG added.
Speaking further, Ibrahim said the NYSC movie was part of the innovative approaches of the present management to engendering greater appreciation of the relevance of the Scheme.
He stated, “Most of the actors in the movie were serving Corps Members at the time of its production.
It is an advocacy and sensitisation tool that is also expected to influence greater commitment of stakeholders to their responsibilities”.
The NYSC boss, who said the Scheme would continue to provide opportunities for Corps Members to develop their potentials added that, “we have produced several short films aimed at sensitizing the public on issues such as elections, safe blood donation and campaign against open defecation”.
Ibrahim disclosed that apart from deploying NYSC Movies as instruments of entertainment and education, the NYSCwood will serve as training platform for Corps Members who will be interested in pursuing carreer as professional movie actors and actresses, while also generating revenue for the Scheme.
He said NYSC has partnered the Actors’ Guild of Nigeria, with a view to providing further opportunities for the development of creativity of interested Corps Members.
“We have established the NYSC National Cultural Troupe which is equally aimed at developing talents of the Corps Members in drama and cultural performances”.
Since its establishment, the DG said NYSC National Cultural Troupe, which is now commercialised has performed at both formal and informal functions, dazzling its audience with outstanding display of Nigeria’s rich cultural heritage.
In his goodwill message,the Minister for Youth and Sports Development, Mr Sunday Dare,commended the Director-General for his impactful leadership style.
He promised to ensure that the NYSC National Cultural Troupe perform at every government function.
Dare said Corps Members represented the vitality and strong presence of a future that is certain.
“The scheme is more relevant than it has ever be before”, he said.
The Minister added that he will soon present a memorandum of understanding on the establishment of NYSC Trust Fund before the Federal Executive Council.
Former Head of State and the founding father of NYSC, General Yakubu Gowon commended NYSC Management for providing enabling environment for the Corps Members to discover their talents.
Speaking through a member of NYSC National Governing Board, Alhaji Yusuf Nalado, General Yakubu Gowon said his administration’s decision to establish the National Youth Service Corps has paid off from the numerous achievements the Scheme has recorded in almost five decades of its existence.
He then urged the Corps Members to continue striving to consolidate on the achievements of the Scheme’s mandate.
“I called on Nigerians to continue to support the Scheme to sustain the achievement of its mandate”, Gowon said.
The three-hour movie which was produced by an ex-Corps Member, Jairuspaul Osazuwa, directed by Emmanuel Eyaba featured Pete Edochie, Toyin Abraham, Belinda Effah, Anita Asuoha (real Warripikin) and other Nollywood stars.