Abuja based sons and daughters of Ogbomoso, Oyo state under the umbrella a social-cultural Association,Egbe Ogbomoso Ajisegiri, Abuja branch gathered yesterday Friday evening to honour one of their sons, the Minister of Youth and Sports Development, Mr. Sunday Dare.

The civic reception held in Abuja had in attendance Minister of Information and culture, Alhaji Lai Mohammed,top government officials,politicians,Captains of Industries,Sons and daughters of Ogbomoso in and outside Abuja. 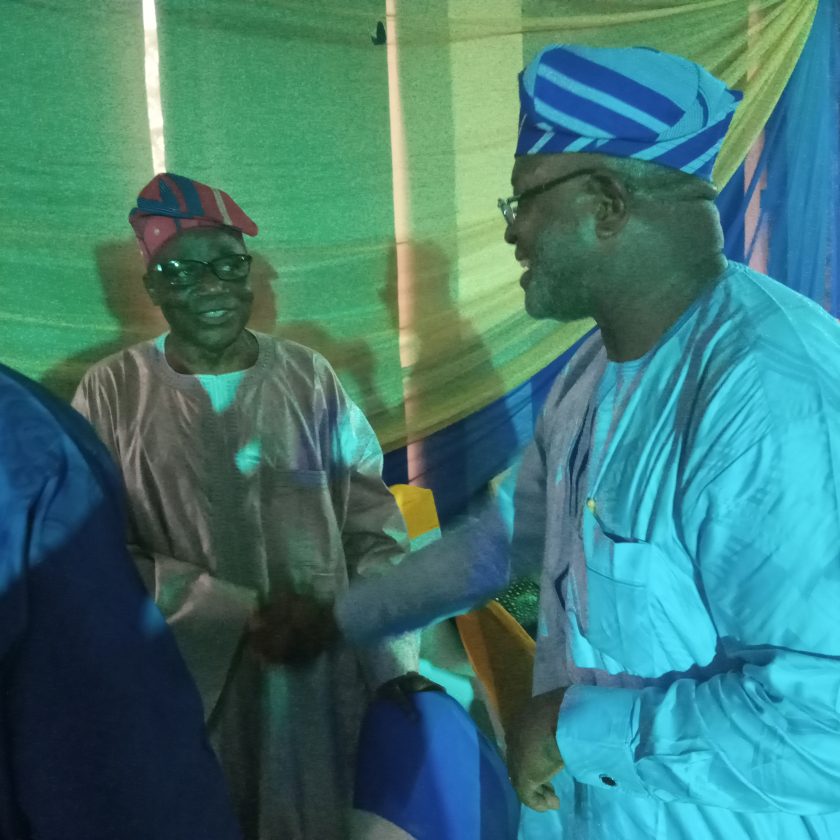 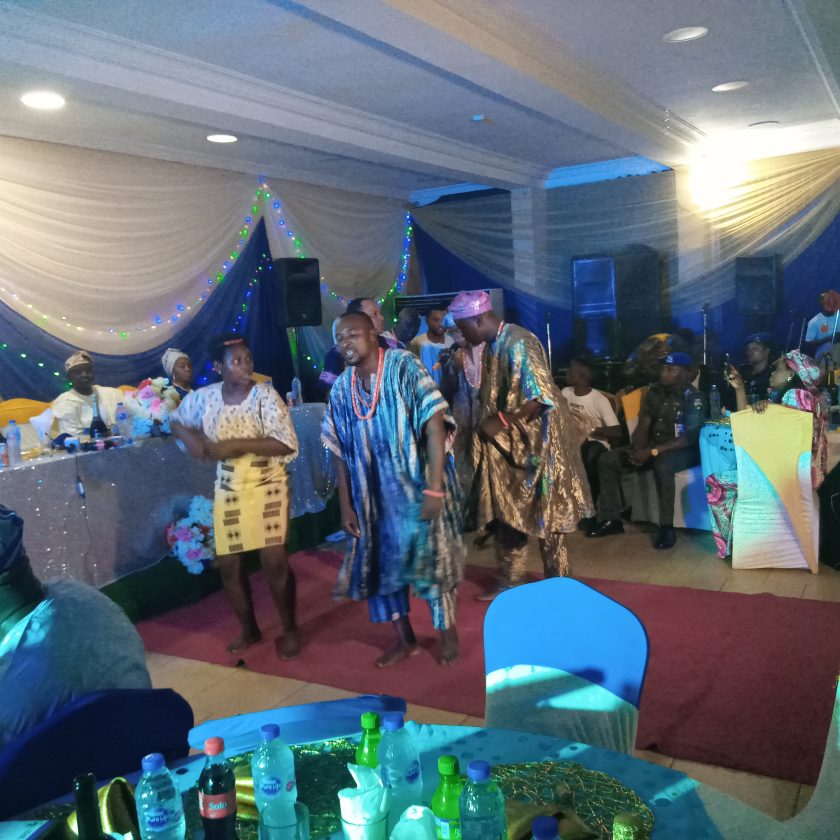 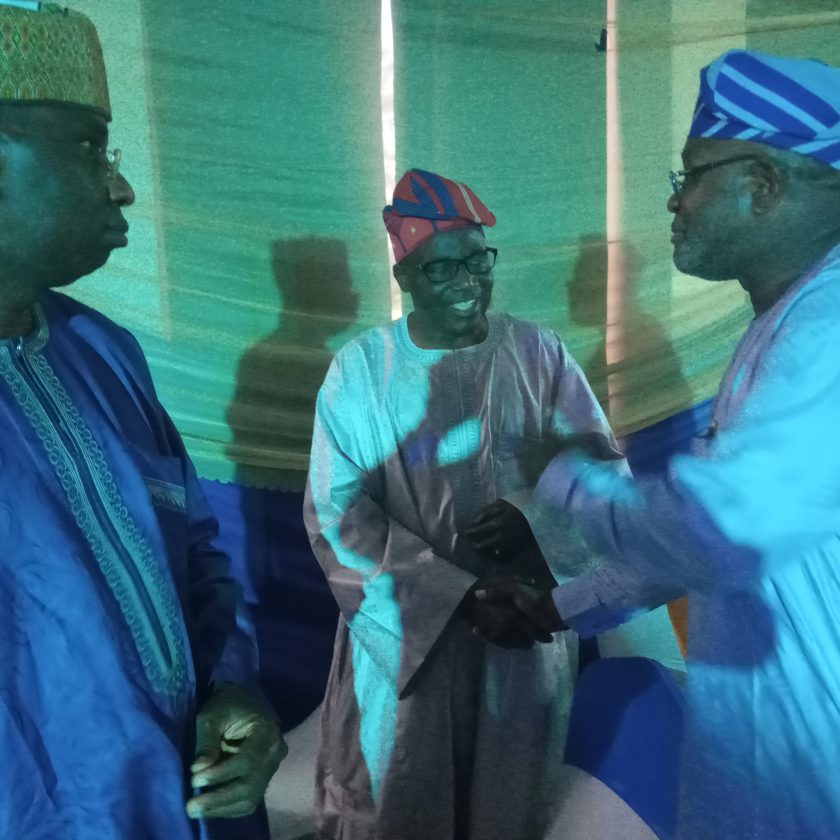 Egbe Ogbomoso Ajisegiri is a social cultural organization of the Ogbomoso’s indigenes.

The event however, was graced by the crème de la crème of Ogbomoso’s indigenes residing in Abuja and its environs. 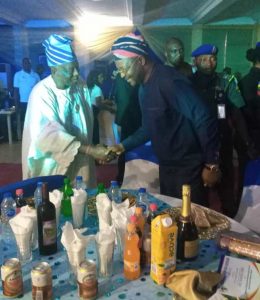 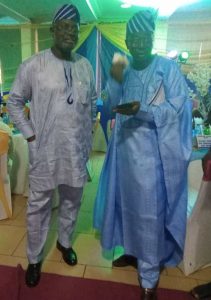 An official welcoming Dare to the venue . 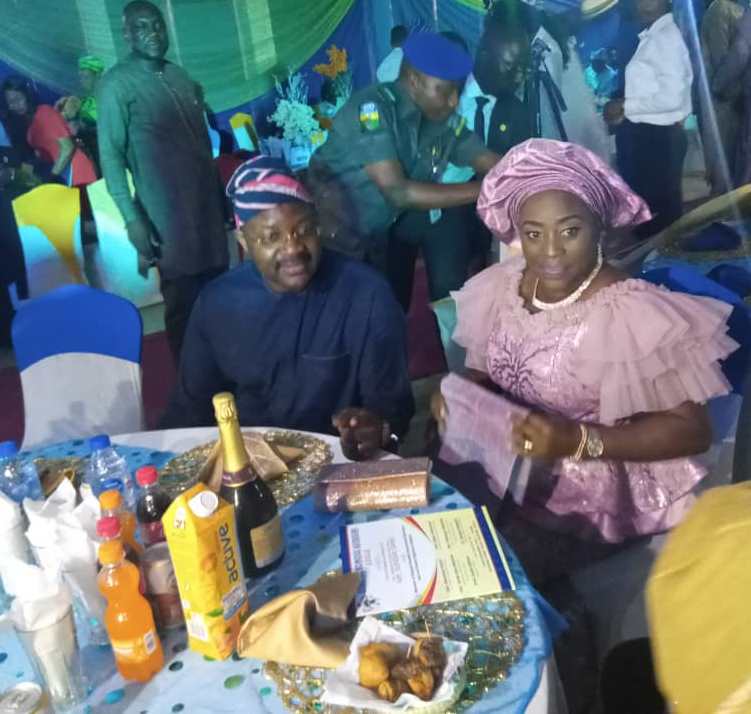 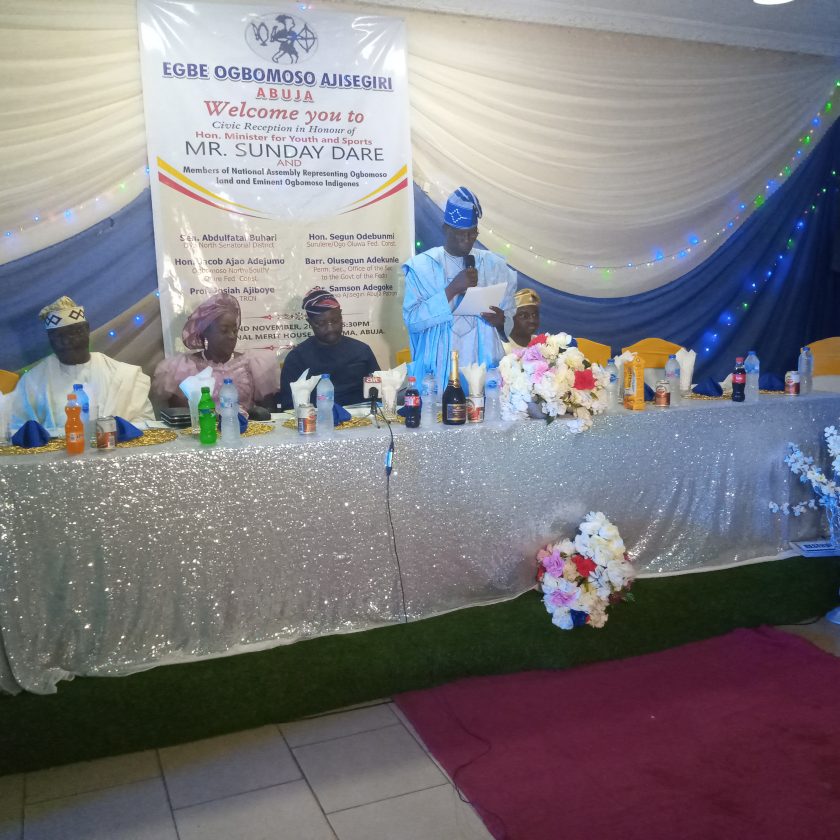 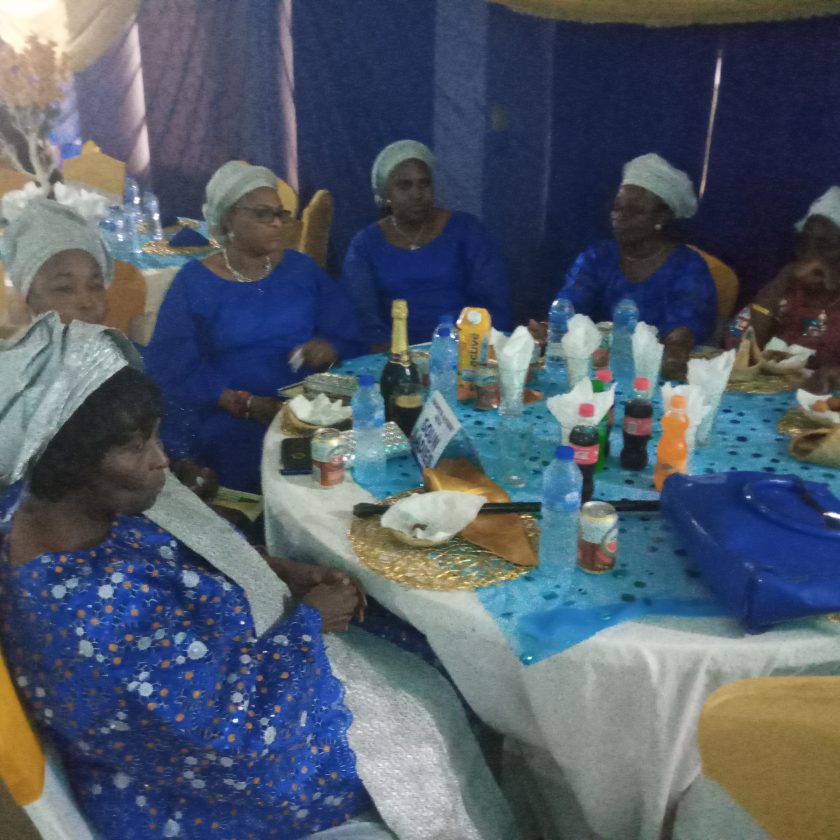 The organizers of the event also used the occassion to honour some prominent sons of Ogbomoso for their supports towards development of Ogbomoso land. Among the awardees  were; Sunday Dare, the Honourable Minister of Youth and Sports Development, Sen Abdufatai Buhari, Hon Jacob Adejumo, Hon Segun Dokun Odebunmi among others. 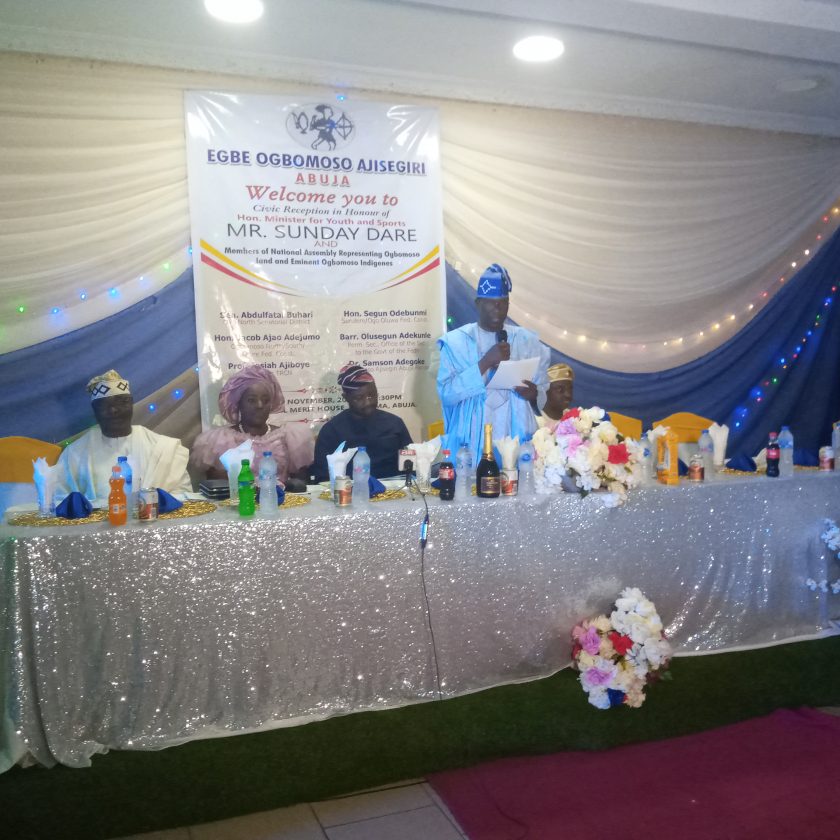 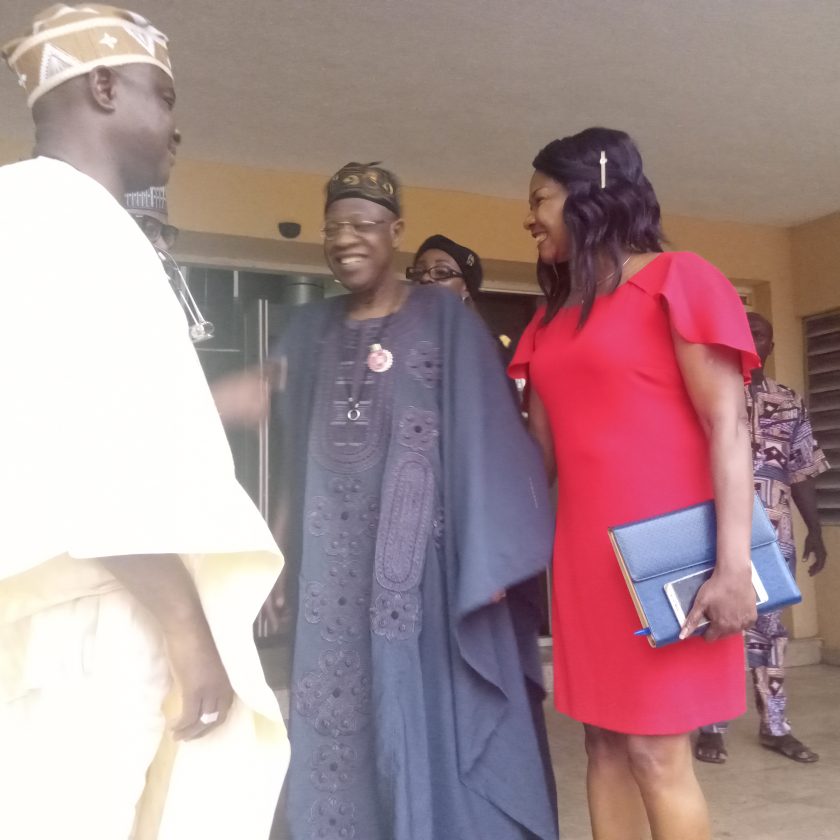 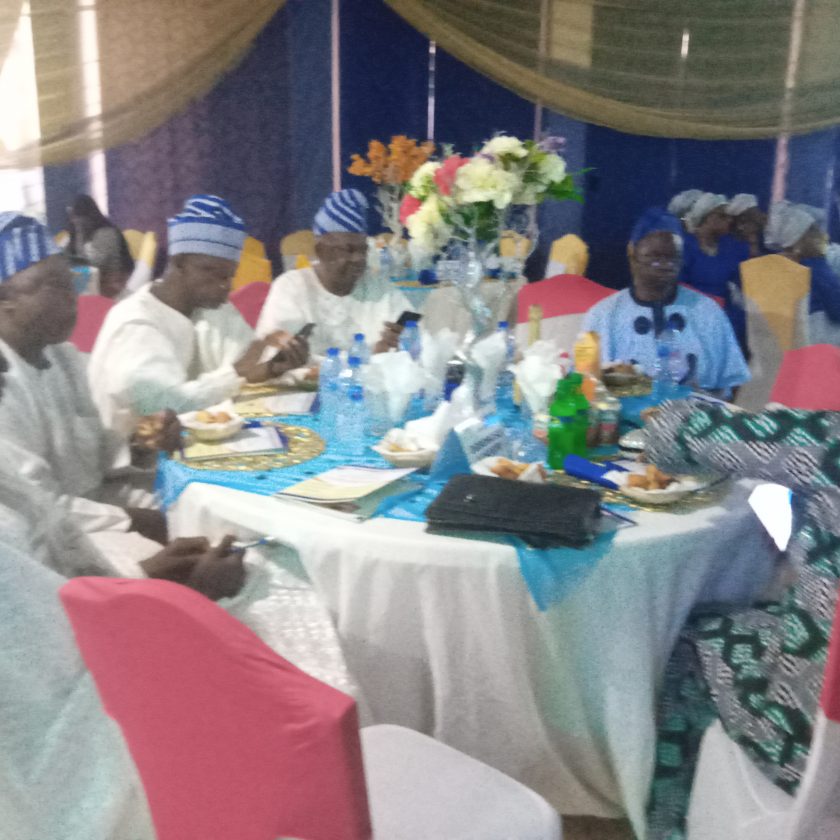 Speaking at the dinner, the Chairman,Egbe Ogbomoso Ajisegiri , Mr. Layi Akangbe said the event was organised to recognise worthy Ogbomoso sons who have distinguished themselves in the public service, nation building and the general development of Ogbomoso land, added that Ogbomoso is a land of the brilliant which has produced notable names such as; Samuel Ladoke Akintola, Maj. Gen. Oladayo Popoola OFR. (Rtd),  Late Col. Ibrahim Taiwo, late Brig Gen. Benjamin Adekunle (The Black Scorpion), Col Shittu Akanbi Alao, among others. 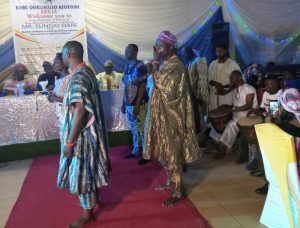 cultural group performance at the reception

However, Mr. Sunday Dare said the love his people are showing to him will spur him more in his quest to change the narratives in the nation’s sports sector, adding that, the staff of the ministry of youth and sports development have added immensely to his achievement within the shortest time of his appointment by President Muhammdu Buhari.

Dare noted that the development of Ogbomoso is a task for all well-meaning sons and daughters of Ogbomoso, therefore, he promised to work with his compatriots to see that Ogbomoso and her indigenes are developed.

The Minister also assured that  himself and some other worthy Ogbomoso sons and daughters are working towards the establishment of a polytechnic in Ogbomoso within a shortest space of time to add to existing Ladoke Akintola University. LAUTECH.

Royalprince Entertainment group led by Babalola Lukman Laleye, an indigene of Ogbomoso treated the gathering with cultural dance blend with comedy stage play while another son of Ogbomoso, Segun Ashafrika played his melodious songs to entertainment the guests.