Dignitaries from all walks of life including the Vice President, Prof. Yemi Osinbajo, former Nigerian Presidents, serving and past Senate Presidents, serving and past Governors, law makers, traditional rulers, Business Moguls and Technocrats converged on Awa-iman in Onna Local Government Area of Akwa Ibom State to pay their last respect to the late Elder Gabriel Emmanuel Nkanang, father to the Akwa Ibom State Governor,Emmanuel Udom. who was buried on Saturday. 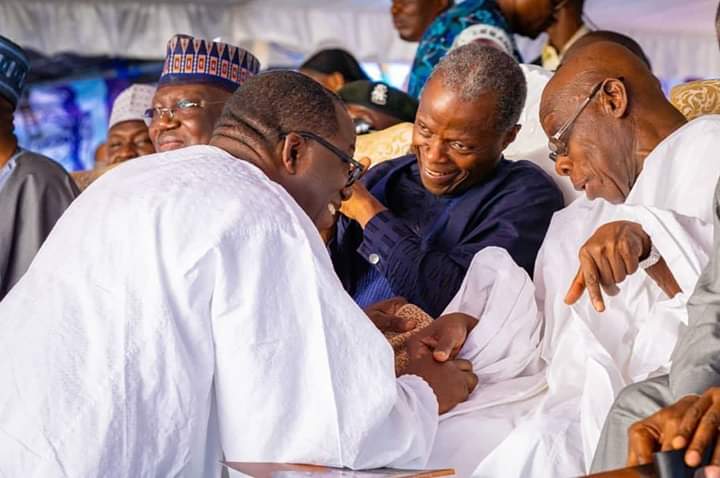 The event which can best be described as a convergence of prominent Nigerians in Akwa Ibom had speakers eulogising the late Nkanang, as an honest, sincere, humble and focused leader who, in his life time, made significant marks in different fields of endeavor.

In his remarks, Vice President Yemi Osinbajo commended the goodly virtues Elder Nkanang displayed as a Teacher and Father who dedicated his life to building and impacting the Community, State and Nation positively. 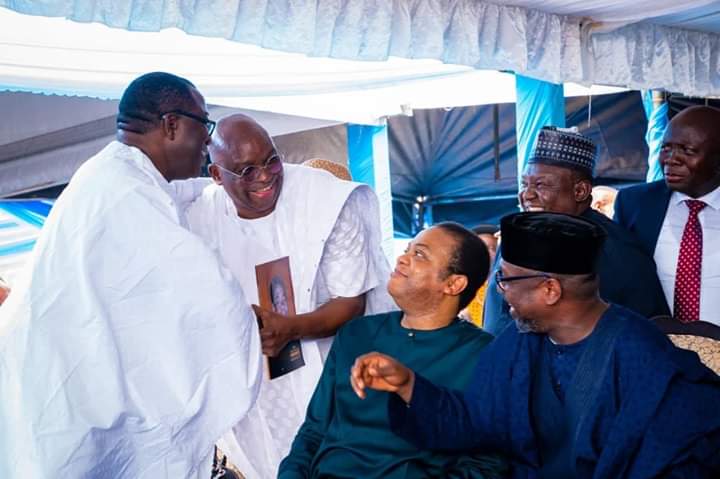 Prof Yemi Osinbajo equally described the deceased as a disciplinarian with humble abilities which he passed on to his children including the present of Governor Akwa ibom State, Emmanuel Udom.

He condoled with the family and prayed God to grant the Soul of the deceased eternal rest.

Niger State Governor and Chairman North Central Governors’ Forum, Abubakar Sani Bello defied every cultural and religious barriers to share with the deceased family in the moment of grief.

Governor Sani Bello maintained that the deceased lived a good and exemplary life considering the good conduct and Godliness exhibited by the children he left behind. 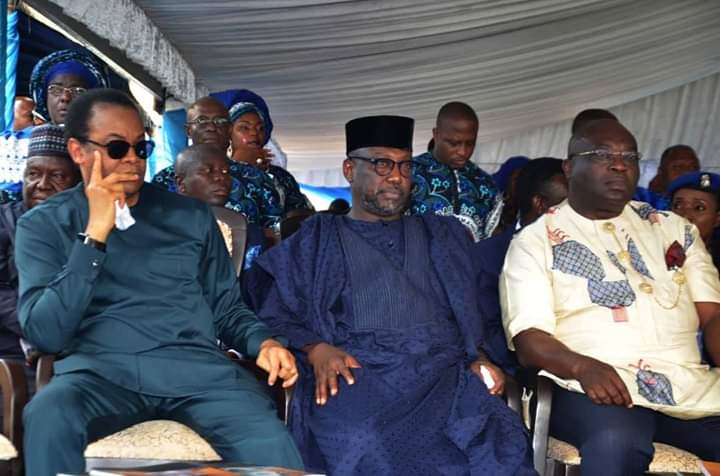 He expressed heartfelt condolence to the Governor, his family and people of Akwa Ibom state and prayed God to grant the late Pa Nkanang’s Soul peaceful rest.

In a sermon titled”Faithfulness in stewardship: the Nigerian story”, General Superintendent/Chairman of Conference Emeretus, Qua Iboe Church Nigeria, Reverend Dr. Sunday Moffot Effanga urged Nigerians who find themselves in leadership positions to be good stewards so as to build a virile nation.

Chairman Nigeria Governors’ forum and Governor of Ekiti State, Dr. Kayode Fayemi, who spoke on behalf of his colleagues, described the gathering as a celebration of life, noting that the life of Elder Nkanang is replicated in the lives of the children he left behind.

Governor Udom could not hide his joy considering the numbers of personalities in attendance. He expressed gratitude, described the event as a bridge building ceremony that cuts across tribal, religious and geographical divides.