The Founder and Chief Executive Officer of the Hafeez Adeyemi Sickle Cell Foundation, Mr. Hafeez Adeyemi has said his foundation is determined to prevent new cases of Sickle cell disease by creating more awareness on the importance of genotype testing and also providing free testing for the most vulnerable in the society.

Adeyemi disclosed this during his foundation sponsored free testing and counselling to residents of an Internally Displaced Camp, in Apo area of Abuja, Nigeria’s Capital. 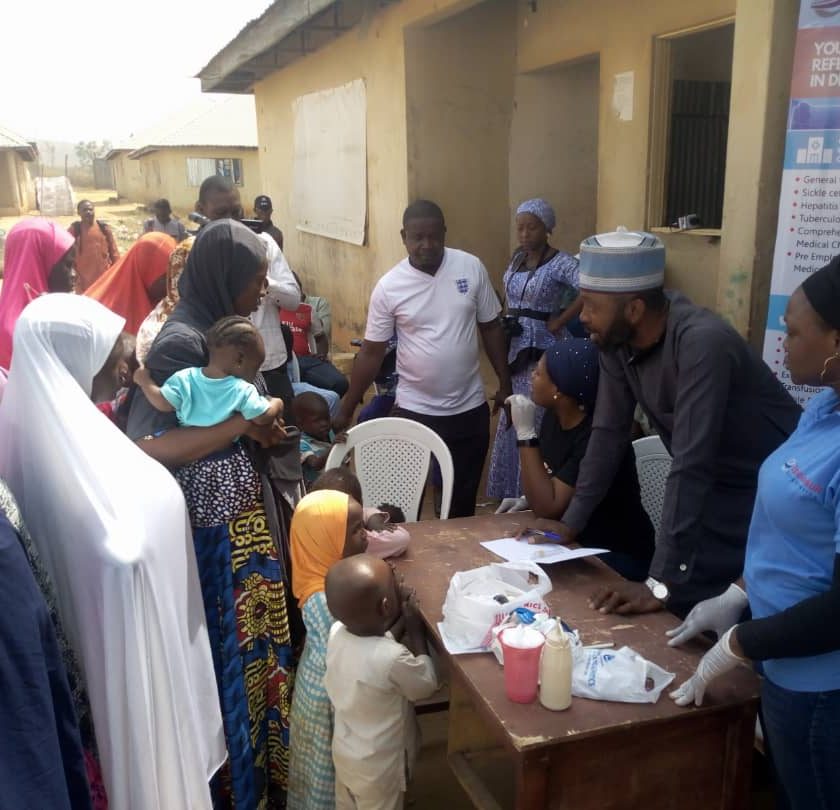 He said taking the message to the most vulnerable, to those who have little access to medical care, who might not even know what the disease is about was his way of spreading the awareness.

“We decided to start this outreach where the people have little or no resources of knowledge of this disease, sickle cell.”

“The IDPs are part of the society. They shouldn’t be forgotten. The last time we came here I noticed about two sickle cell warriors. Many of them don’t know what genotype is. They don’t know about compatibility and that is why we are here. To let them know who their compatible partner is when the result is out, ” Hafeez said.

The residents of the Malaysian Garden Internally Displaced Persons camp in Apo area of the Federal Capital Territory commended the Founder and Chief Executive Officer of the Hafeez Adeyemi Sickle Cell Foundation, for the health outreach the foundation brought to their doorsteps .

The chairman of the camp, Chakune Lawa made the commendation when journalists sought his reaction to the medical outreach during which some of the residents of the IDP were tested, after sensitization on what Sickle Cell is and how it can be prevented.

“I want to commend them greatly for this gesture. We are really happy. For them to remember that we are here is of great happiness to us. It shows that there are people who still have us in mind and cater for us in different ways…”, Chakune said.

Another member of the camp, Helen Elisha while corroborating Chakune lauded the Refugee Commission for setting up a fashion empowerment centre in the camp that has kept the women and young girls engaged.

“This is a very good initiative. We are getting occupied with it.”
She commended the Hafeez Adeyemi Foundation for bringing the sickle cell sensitization to the camp, while charging government to do more in the area of primary health care.

“This sickle cell is what people must be educated on. We are grateful to this organization for remembering us today. Let government join hands with them to do more.”