Five years after the Atakumosa market, Ilesa, was gutted by fire, Governor of the State of Osun, Adegboyega Oyetola on Tuesday, kick-started the reconstruction of the market.

The burnt market was a major campaign issue in the build up to the 2018 governorship election in the State and the governor promised to rebuild it if elected. 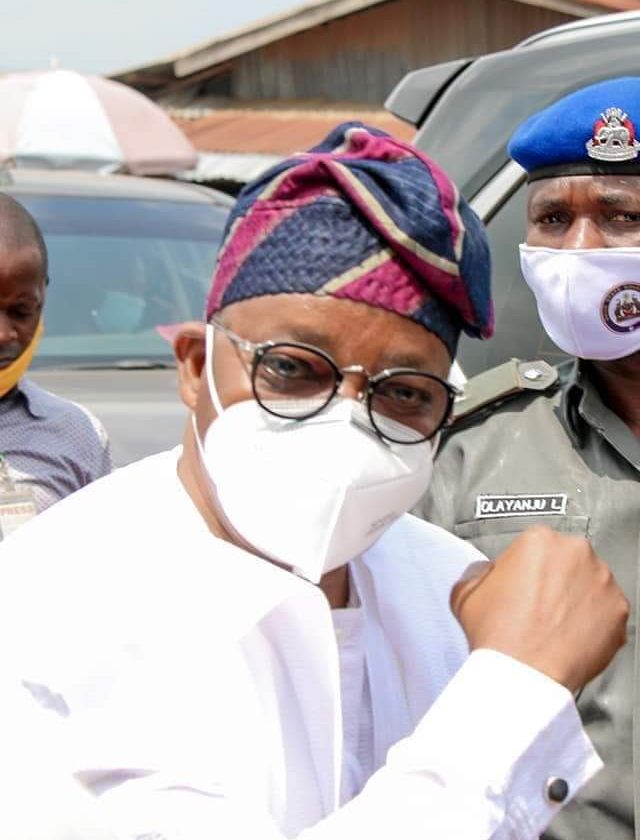 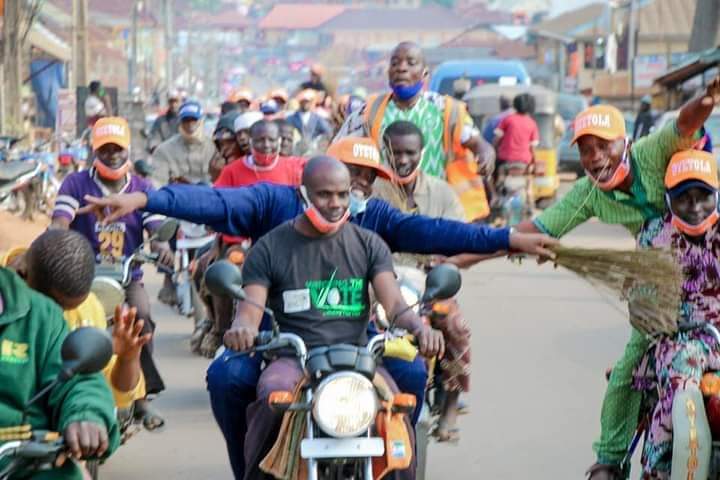 In fulfilment of the promise, the Governor, on Tuesday, was in Ilesa to launch the project.

The market would be reconstructed by the state government in collaboration with the World Bank through Osun Community and Social Development Project (CSDP).

Oyetola said the reconstruction of the N200million worth market was in fulfilment of his administration’s electoral promises to provide adequate security and guarantee the welfare and general well-being of the citizenry.

He noted that the rebuilding of the market would contribute meaningfully to the socio-economic and commercial activities of the State, particularly at a time the State was working assiduously to recover its economy from the adverse effects of the global Coronavirus pandemic.

The governor who noted that the impacts of his government was being greatly felt in all the nooks and crannies of the state, affirmed that when the market is completed, it would bring relief to the poor and vulnerable market men and women in Ijesaland in particular and the State at large. 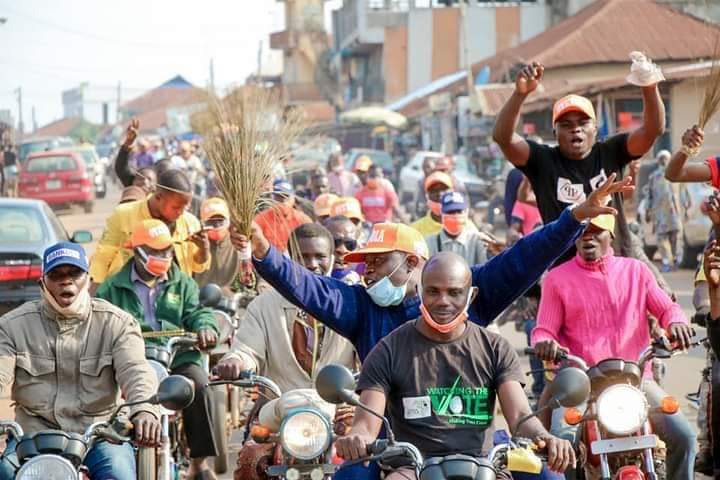 The governor who presented the symbolic cheques to the ten beneficiary groups, assured that his administration would in addition to the CSDP- assisted initiative, build another 250 stalls, which will be delivered before the end of this year.

“In this first phase, in collaboration with CSDP, we shall be doing a total of 400 stalls comprising lock up shops and open markets with boreholes, toilets and waste bins to meet international standard”, Oyetola stated.

The Governor further said: “I am delighted to be here today to launch a people that have been devastated by fire disaster back to life in line with our resolve to give better life to our people under the administration’s Osun Development Agenda.

“As you will recall, part of Atakumosa Market was gutted by fire sometime ago and our poor market men and women lost their valuables and means of livelihood. This unfortunate event is saddening in two critical ways.

“Second, the incident was very painful in view of its devastating effect on the livelihood of the masses in the market. The effect is better imagined.

“I am therefore happy that, today, we are able to fulfill our electoral promise, as well as our role as government to provide security and welfare for the people by kick-starting the first phase of the reconstruction of the market which is worth about N200million. This will bring relief to our poor and vulnerable market men and women in Atakumosa market when completed.

“I must commend the State Community and Social Development Agency for its support as well, which has brought succour to the victims today,” the governor added.

He commended the World Bank’s love and deep concern for the welfare and well-being of the people of the state most especially the vulnerable and the needy.

“I must place on record the remarkable role being played by Prof. Foluso Okunmadewa, the Task Team Leader CSDP, Nigeria, at the World Bank country office. We appreciate World Bank’s love and deep concern for the welfare and well-being of our people, especially the vulnerable and the needy.

“I congratulate all members of the ten vulnerable groups who will be receiving their cheques at this event to mark the take-off of the reconstruction of Atakumosa market, and through which our idea of a modern market will come to reality.

“I would also like to give kudos to the members of benefitting groups for approaching CSDP, one of the viable and proactive agencies of State Government of Osun, for intervention. With the level of organisation that these groups have exhibited, which is reflective of the high organisational skills and tendencies of our people, i am persuaded that our government’s efforts at giving prosperity to the people of Osun, particularly the downtrodden is yielding huge dividends.

“At this juncture, I must remind us all and in particular the beneficiaries of this intervention that part of today’s project adopts Community/Group Driven Development (CDD) approach, which means you are the drivers of this market reconstruction project.

“I urge you to continue in this laudable lane as you cannot afford to fail in this enormous assignment, which is the way to go in this challenging period.

“Although I have no cause to doubt the capacity of the members of the constituted Group Project Management Committee (GPMC) for each group to implement and manage projects of this nature sustainably, I must not fail to advise you to always cooperate with other stakeholders from the assisting Agency, MDAs and Local Government Authorities and receptive to ideas and technical guidance they will be offering you from time to time for optimum performance”, Oyetola added.

The Speaker, Osun House of Assembly, Hon. Timothy Owoeye, hailed the governor for breaking the jinx, said the move would rekindle the hopes of the people particularly the poor of the poorest.

He urged the people of the State to continue to support the government in its efforts to rejuvenate the economy and make life prosperous for the citizens, just as he called on them to ensure they reciprocate the governor’s gesture when the time comes.

“I want to assure you that Oyetola’s administration will do its best to ensure that the post COVID-19 economic recovery strategies are well implemented.

“As we all know, the Governor has been performing wonders since inception as reflected in the prompt payment of salaries and the recent release of 500million naira to pensioners among other things.

“I can assure you that, we in the House, will continue to work with you harmoniously in taking Osun to the next level”, Owoeye added.

In her welcome address, the General Manager, Osun Community and Social Development Project, Mrs Funmi Abokede, commended the administration of Governor Oyetola for taking the welfare of the people as priority.

Abokede who described the project as a necessity particularly at a time the state is working hard to recover her economy, noted that the reconstruction of the market to world class standard would go a long way to addressing the need of vulnerable citizens and the downtrodden.

She attested to the fact that the reconstruction of the market was in line with the Developmental Agenda of the present administration.

Earlier at the Palace of Owa Obokun, Oba Gabriel Adekunle Aromolaran, the traditional ruler commended Oyetola for the gesture and prayed God to continue to give him the wisdom and knowledge to take the State to greater heights.