Skip to content
You are here
Spread the love
Nigeria Police Operatives attached to the Intelligence Response Team (IRT) have arrested thirty-five (35) suspects across the country for their active involvement and participation in series of kidnapping, armed robbery and other heinous crimes across the country.

The arrest was sequel to the unrelenting efforts by the Force to rid the country of heinous criminals and to get justice for victims of these crimes. 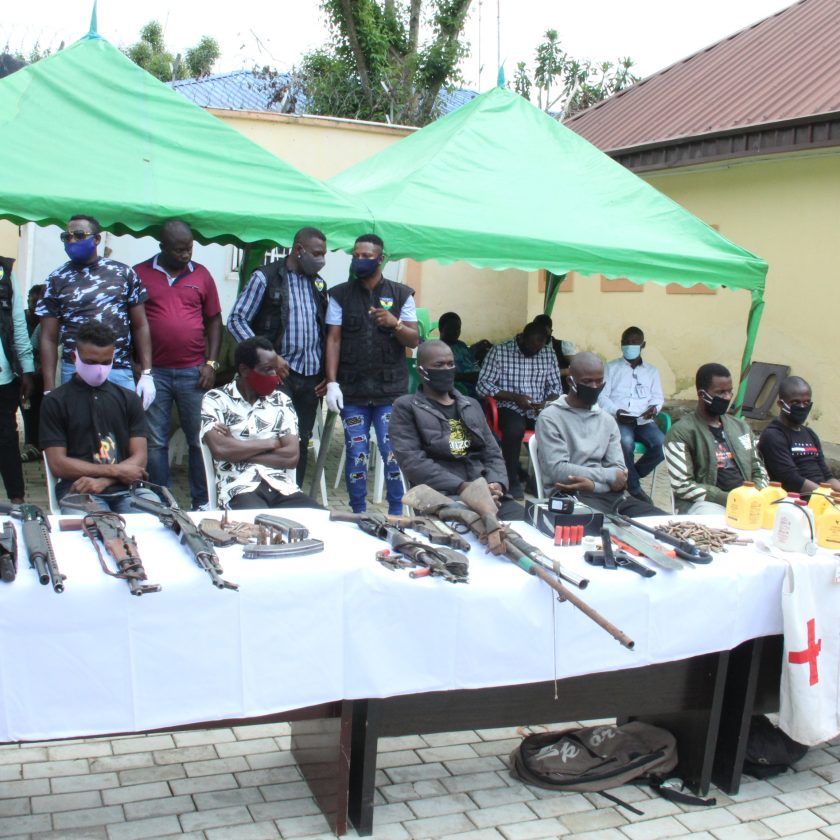 Notable among the arrests was a criminally minded Pastor, Adetokumbo Adenopo ‘m’ 52years, Founder and General Overseer of New Life Ministry, Lukosi, in Shagamu Area of Ogun State and three other members of his criminal gang namely; Chigozie Williams 22years, native of Umuahia North, Abia State, Ugoji Linus 30years, native of Ezinifite in Imo State and Emmanuel Chris Ani, 27years, native of Aniri in Enugu State, all responsible for the kidnap for ransom of one Jonathan Ekpo ‘m’ 35years from Benue State.

The pastor told the Police operatives that he embarked on the crime for the expansion of his church and charity works.

The victim, an employee of a logistic company was kidnapped on 17th July, 2020 while on official duty to deliver goods in Shagamu, Ogun State. The victim was kept in an underground cabin inside the Pastor’s church building in Ogijo town, Ogun State by his abductors who demanded the payment of twenty million naira ransom as condition for his release. He was subsequently rescued unhurt nine days after and reunited with his family by the Police. 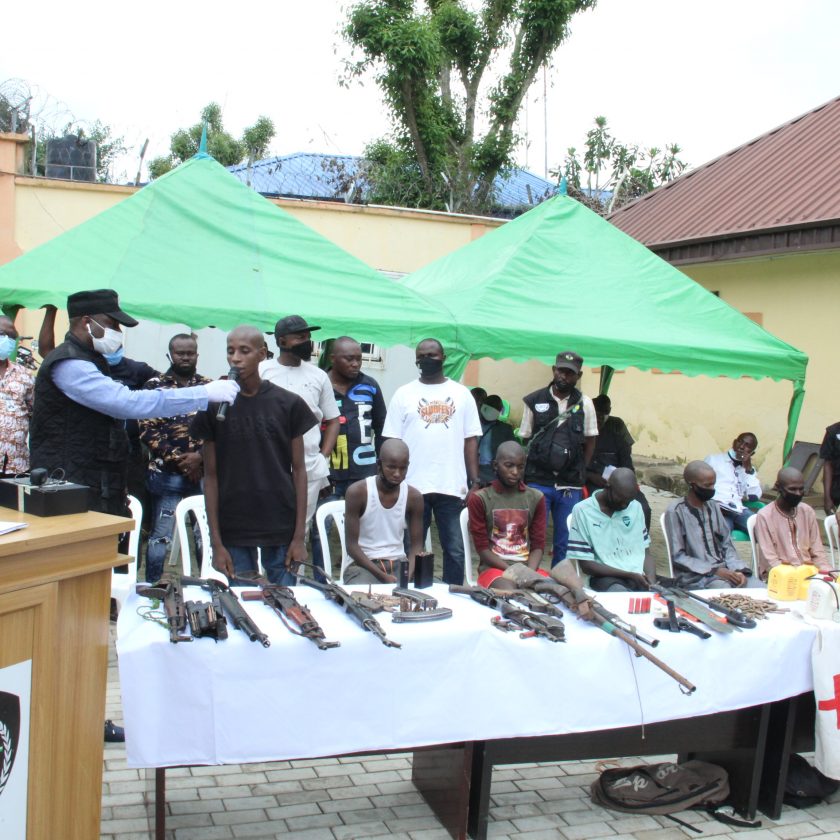 Similarly, the Police also arrested one Udodiri Bright aka Ability ‘m’ 30years old, native of Osuachara Village, Isiala Mbano LGA of Imo state and three others, Ekwuru Shadrack aka Escobar ‘m’ 26years native of Arondizuogu village in Okigwe LGA of Imo state, Chimerie Igwe aka 4real ‘m’ 30years old, native of Umucheke Village in Orlu LGA of Imo State and Chibuike Sunday, 28years old from Arondizuogu of Imo State. They were arrested on the 5th of July, 2020 for the abduction and killing of a Nigerian US Soldier, Chuks Okebata who came into Nigeria for holidays in his home town, Okigwe, Imo State in 2017. The suspects who were one of the foremost kidnapping groups terrorizing the South Eastern part of the country were arrested 31 months after, following intensive manhunt by the Police team.

Police Investigations revealed that the syndicate has snatched over thirty exotic cars at gun point and killed two Policemen.

They used anti-tracker devices to evade arrest and deliver the vehicles to one Alhaji Garba in Maradi, Niger Republic. Eighteen vehicles have so far been recovered by the Police team. The team is working with the INTERPOL to apprehend Alhaji Garba and to recover the remaining vehicles.

While noting that the suspects will be charged to court on conclusion of investigations, the Inspector-General of Police, IGP M.A Adamu assured that the battle against criminal elements in the country was a continuous one.