There is a story that President Muhammadu Buhari likes to tell. He has done so many times in public and private meetings. It goes thus:

“After we got inaugurated into office in 2015, I asked the Governor of Central Bank for the state of our finances. He said no money. I was alarmed, and asked where all the money went. Before then, oil prices had hit 143 dollars per barrel, and stabilized at 100 dollars per barrel for a long time. But I was being told there was no money.

“I asked what happened? The CBN Governor said we imported food, and also petroleum. And no money was left.

“It was shocking to me. I didn’t quite believe the story then, and I still don’t fully believe it even now. But I was determined that food importation was something we needed to stop, and so we would have to put our money where our mouth is.”

What next? The President called the CBN Governor, and the then Minister of Agriculture, instructing them to arrange massive funding for Nigerian farmers, so that we can begin to eat what we grow, and consume what we produce, rather than spend scarce foreign exchange on food importation.
It culminated in the establishment of the CBN Anchor Borrowers Program, launched in Birnin-Kebbi, in November 2015.

To fully understand what we have gained by putting our money where our mouth is, let’s do some financial excursions, in terms of our Gross Domestic Product (GDP) growth from 2015, when the Buhari Administration got into office.

As if waiting for a change of power in Nigeria, oil prices that had stabilized at 100 dollars per barrel crashed to as low as 37 dollars. And even further down. And because we have no other source of earning foreign exchange, since we don’t export anything apart from oil, our GDP began to contract. It did so for five subsequent quarters, and the economy went into recession.

Through prudence, financial accountability, and hard work, we came out of recession in early 2017. And for the next 12 quarters, GDP grew every quarter. Not at the pace we wanted, but the trajectory was positive, till the end of Quarter 1, 2020. Then things went bust. COVID-19 came, and the economy was locked down for over four months.

It was only natural that the economy would contract again by time the half year report came. The projection was that we would have a 7 percent negative growth, but we eventually had -6.1, a shade better than had been projected. 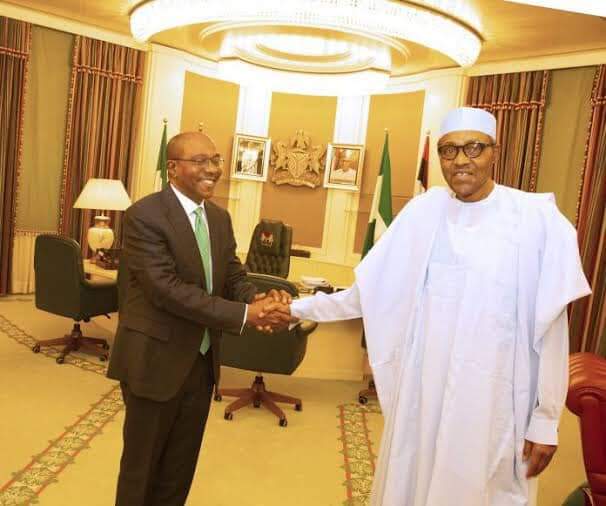 Holy Moses! Some people screamed. Buhari has run the economy down again, as if they lived in outer space, and didn’t know what had been happening round the world. See what befell other lands and climes, including saner ones (apologies Dr Oteri Okolo)

In terms of GDP growth or losses by half year of 2020, America contracted by -9.4 percent, South Africa -17.6, Great Britain -20, India -23, and the only major economic power that did not contract was China, 3.1 positive growth. And COVID-19 had incidentally started from Wuhan, in China.

If we hadn’t put our money where our mouth was from 2015, imagine what would have happened to Nigeria. The country was locked down, just like other countries of the world. No money to import food, as oil prices had crashed to below 20 dollars per barrel, and even if you had money to import, all international borders were closed. We would have smelled pepper.

But because President Buhari had been prescient, and had seen ahead, we survived through locally grown food products: rice, beans, yam, tomatoes, and many others. While the half year GDP shows a slump in several sectors, agriculture still grew by 1.58%.

How precisely did it happen? The CBN told the story this week.Since inception of the Anchor Borrowers Program In 2015, the sum of N479.239 billion has been disbursed to 2,580,094 smallholder farmers cultivating about 3,044,482 hectares of farmland across the 36 states of the country, and the Federal Capital Territory. That’s how to put your money where your mouth is.

Between 2015 and now, funds have been disbursed for the cultivation and rearing of 21 agricultural commodities. And that is why despite the vagaries of nature, leading to too little rainfall in some parts, and too much, causing severe flooding in some other areas, we are still not in danger of severe food shortage. President Buhari deserves some applause, doesn’t he? We should learn to count our blessings, rather than grumble all the time.

Despite the ravages of COVID-19 on the economy, the objectives of Anchor Borrowers Program for 2020 remain inviolable. The CBN will stimulate affordable and sustainable finance to the agriculture sector, support the government’s commitment to create 100 million jobs, enable greater diversification of Nigeria’s economy, and achieve self-sufficiency in foods and industrial raw materials, among others.

From the 2020 wet season farming alone, the country can look forward to significant reduction in the imports of 11 agricultural commodities over the next year. Also, 10 private sector integrated rice mills are expected across the country, while 19 ginneries are expected to operate at 93.5% capacity due to improved availability of local cotton. And finally, dead and moribund textile mills will be resuscitated.

Instead of pocketing the country’s money, see what President Buhari is doing to different agricultural products in 2020 wet farming season, despite the challenges of Coronavirus:

Maize. The sum of N32.411 billion disbursed to 232,221 smallholder farmers cultivating 258,395 hectares. Expected yield is over one million tonnes.

Livestock, tomato, cassava, and many other products equally have their allocations, and expected yield. We are sure inexorably on the road to food self-sufficiency, and almost there.

Infrastructure-roads, bridges, rail, airports, housing, and others-will be the indelible footprints of President Buhari in Nigeria. But another area we also won’t forget this President is agriculture. He has put the country’s money where our mouth is.

*Adesina is Special Adviser to President Buhari on Media and Publicity