Kogi State Governor, Yahaya Bello has warned criminal elements within and outside Kogi State to stay off crime and embrace meaningful endeavours.

The Governor gave the warning in Okene during the parade of suspected criminals by the Nigerian Police Force, Kogi State Command. 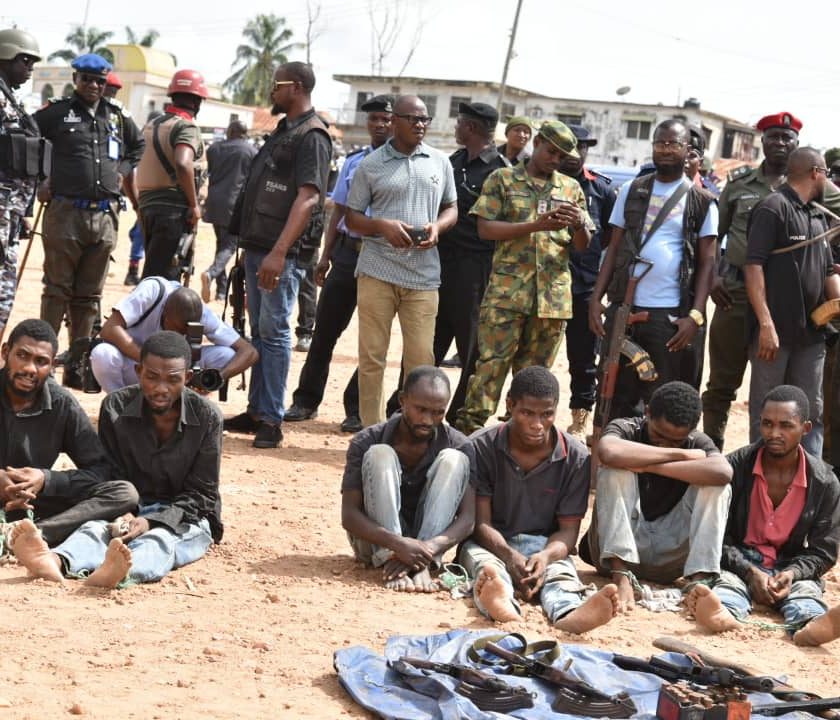 The Governor advised the people in the area and Nigeria at large to embrace meaningful and diligent business instead of taken to crime.

He said his government will spend the last kobo to guarantee safety of life and property of all citizens and residents of the state. While commending the security agencies in the state for their efforts in maintaining law and order in the state,Bello enjoined the people of Kogi and Ebiraland in particular that his government was ready to smoke out the criminal elements in the society, noted that those who involve themselves in criminal acts can only run but can’t hide.

Suspected criminals paraded were alleged killers of one of the Governor’s aide late Yusuf Adabenege Onivehu who was the custodian of Sementi and the attackers of the Governor’s domestic aide, Kabiru Onyene including two kidnapping suspects who confessed to the kidnapping of the manager of a micro finance bank in Okene.

While parading the suspects Earlier, the Commissioner Of Police, Kogi State Command, Hakim Busari said the combined team of security agencies in the state made the arrest of the criminals added that the security network in the state was sophisticated enough to locate criminals in any of their hideouts. He said those involved in the crime shall face prosecution.

The suspects confessed to various crimes carried out in Kogi, Edo and Osun states.

Three of the alleged criminals were arrested in Auchi, Edo State while the arrest of others were made in Okene and Ogaminana