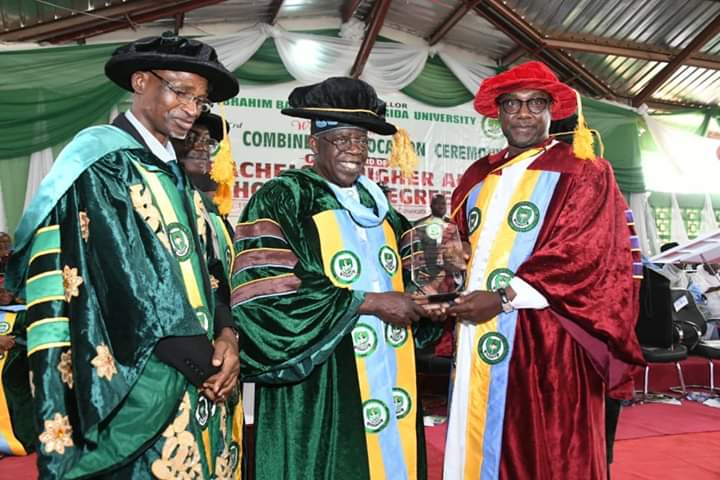 Senator Tinubu made the remarks while appreciating the Honorary Degree of Doctor of Letters bestowed on him along with Justice Maria Sanda Zukogi and a posthumous one to late Engr. Abdulkhadir A. Kure, founder of the university during the institution’s combined 3rd convocation ceremony held at the university, Lapai. 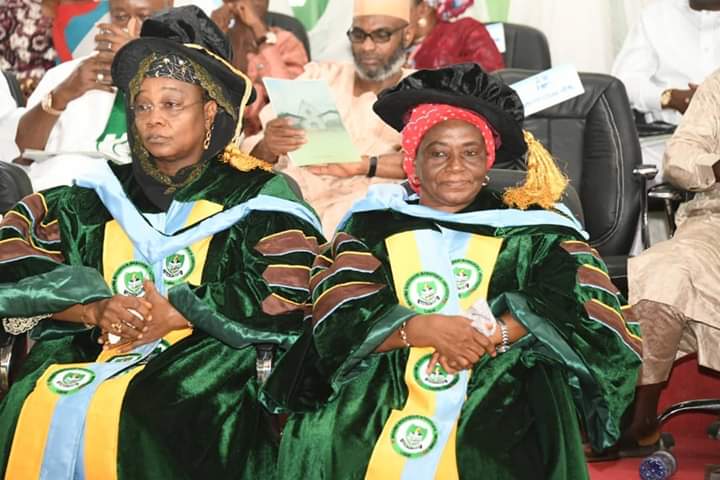 He urged the state government, governing council of the university, the academia, and other staff to work even harder to surpass the present achievements of the institution by embracing innovation and technology to enable the youths meet up with the challenges of the 21st century.

The APC stalwart described education as the light of the nation whose  path will take a nation to greatness, adding that the only way to secure any nation was through education provided, especially, to the younger generation.

According to him, the IBBUL has attained the purpose it was established for in the past 13 years, adding that all stakeholders, therefore, must do the needful to ensure that the institution grows stronger.

“Am not a professor or a teacher in any of the universities but if we don’t develop our institutions it cannot be developed. It is one thing to go through an institution, is another thing to for the institution to go through you, and that is incomplete education”, he said.

While congratulating the graduands, the former Governor also tasked them to be determined in life, persevere and remain consistent emphasizing that ‘talent without character has no content at all’.

Tinubu applauded the posthumous award given to late Engr. Abdulkadir A. Kure, acknowledging that the award was well deserved not only because he left a legacy as the founder of the institution but for even naming the institution after an illustrious son of the soil, Gen. Ibrahim Badamasi Babangida, Nigeria’s former Military Head of State.