Skip to content
You are here
Spread the love
Niger State Government has made available 50 hectare plot of land to the Nigeria Security and Civil Defence Corps, NSCDC for the establishment of a training school in Kontagora.

Chairman North Central Governors Forum and Governor of Niger State, Abubakar Sani Bello who handed over the land to the management of NSCDC in Kontagora said it was in a bid to provide security to Citizens. 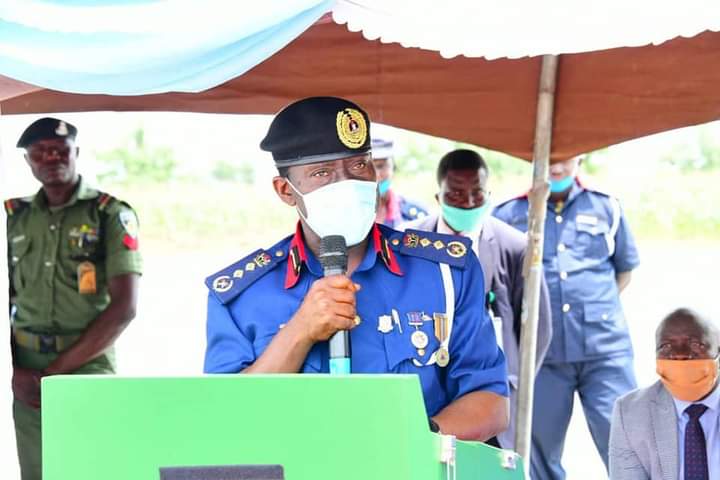 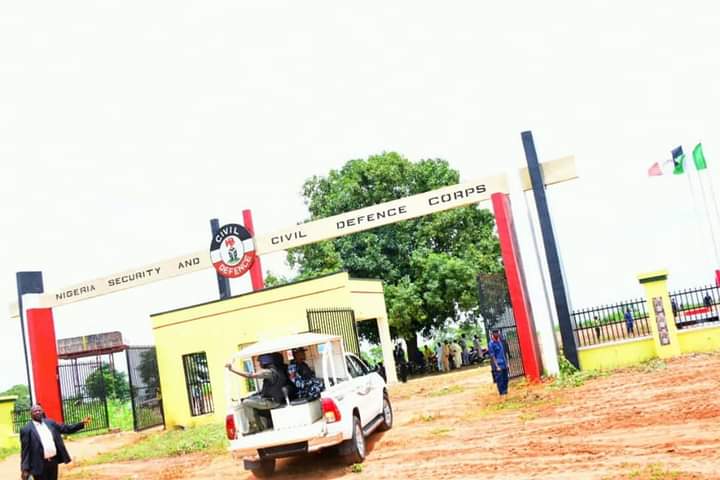 Governor Sani-Bello explained that in the interim, the State government had signed a leasing agreement with the Bako Ranch Limited to ensure a smooth take off of the NSCDC training institution in the State, added that some facilities have been made available by the State government at the temporary site to enable the running of the training school.

The Governor assured that the permanent site will come to fruition with the support of government at all levels.

He called on the Management and personnel of the NSCDC to make good use of the facility while thanking the Commandant General, NSCDC, Abdullahi Gana Muhammadu for the choice of Kontagora as the training centre, stated that the location was strategic at improving security in the region.

According to him, the State government is exploring all avenues to curtail the surge in banditry and terrorist attacks in some parts of the State, hence the need for such partnerships with security agencies.

He reaffirmed the commitment of his government to bring to an end the nefarious activities of bandits and terrorists while also expressing his sympathy and condolences to the affected parts of the State especially Rafi, Shiroro, Munya, and Borgu local government areas.

The NSCDC Commandant General, Gana Muhammadu appreciated the support of the present administration in the State since its inception.

He announced that the centre would be used to train agro rangers as efforts will be intensified to meet a target of 100,000 agro-rangers so as to give physical support to farmers, pointing out that similar training was done in Katsina State and it resulted to a drop in cases of kidnapping of farmers following the deployment of the trainees to various States.

The CG said the training of the agro-rangers will strengthen security and guarantee Agro-allied-investment.

The facilities provided by the State government for the take off of the NSCDC training centre include, nine units three bedroom bungalows, one (1) White House consisting of 5-bedrooms, block of six boys quarters, one accountable Hall, Parade Ground, and a gateman.

While assuring that the committee will continue to work towards the full take off-of the program, Chairman of NSCDC committee Yusuf Shehu Galadima, and the committee Secretary, Abdullahi Baba Arah, noted that the 5-man committee worked in accordance with the mandate given and applauded the initiative of the Governor, pointed out that proper consultation was carried out with relevant stakeholders leading to the success of establishing the centre.