The Academic Staff Union of Universities (ASUU), University of Ibadan branch has vowed not to endorse or lobbying the union to adopt any of the candidates seeking to take over from the incumbent Vice Chancellor, Prof. Idowu Olayinka, as there were surreptitious moves by the Vice Chancellor candidate to take over come December 1, 2020.

The Union made its position known in its latest four-page July 2020 bulletin entitled “Laying the facts Bare: Call for a Rethink”, where it addressed the issue of ASUU-UI and the process of appointment of a new Vice Chancellor, among other issues. 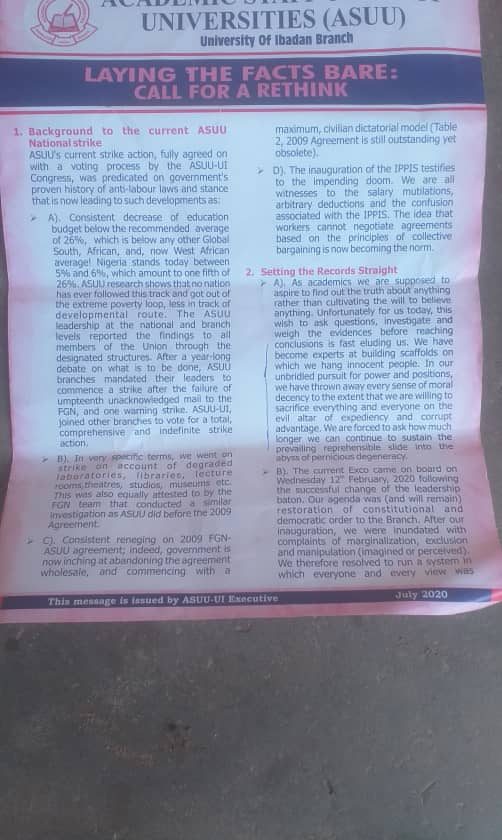 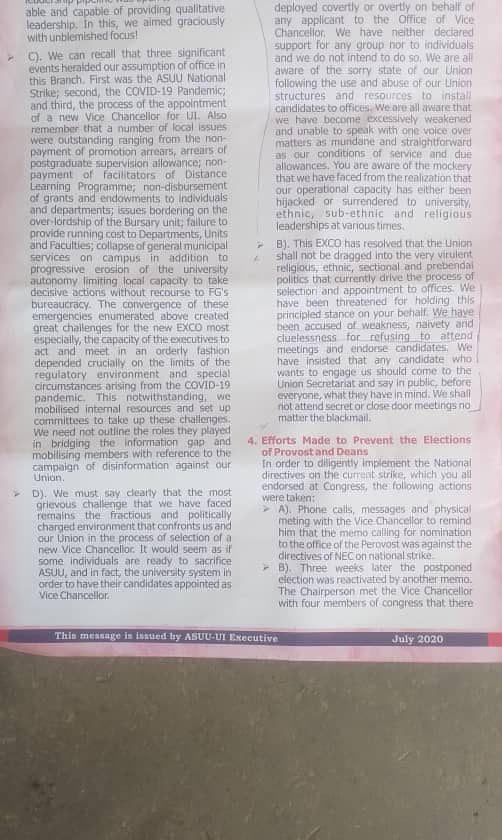 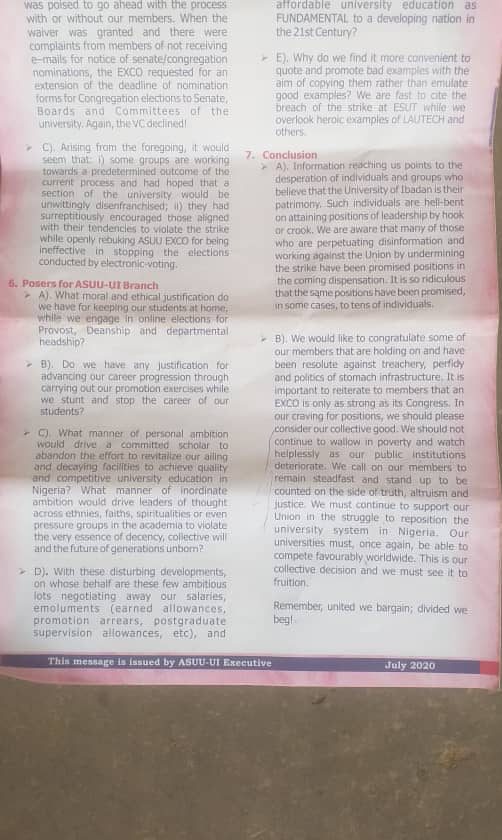 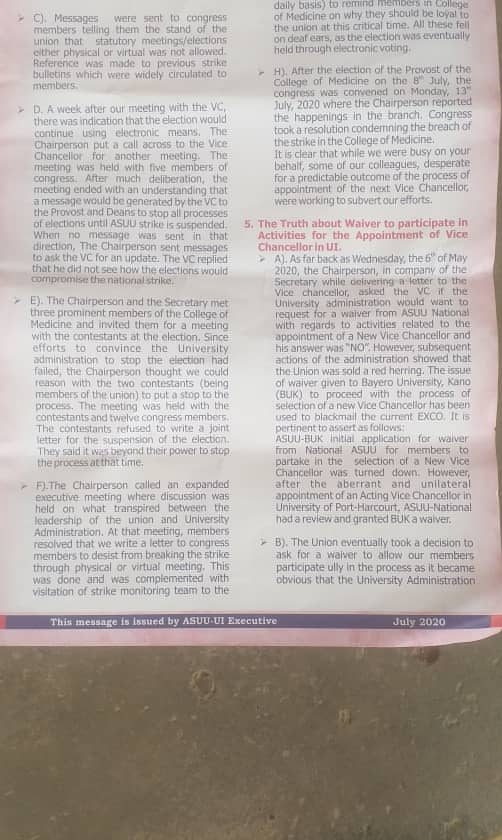 The bulletin which was jointly issued by ASUU-UI Executive led by Prof. Ayoola Akinwole said the Union shall not “attend secret or close door meetings, no matter the blackmail”.

” This EXCO has resolved that the union shall not be dragged into the very virulent religious, ethnic, sectional and prebendal politics that currently drive the process of selection and appointment of offices”

“We have been threatened for holding this principled stance on your behalf. We have been accused of weakness, naivety and cluelessness for refusing to attend meetings and endorse candidates’.

The union went further, “we have insisted that any candidate who wants to engage us should come to the Union Secretariat and say in public, before everyone, what they have in mind”.

It added, “As your Exco, we want to categorically state that the Union structure shall not be deployed covertly or overtly on behalf of any applicant to the office of Vice Chancellor. We have neither declared support for any group nor to individuals, and we do not intend to do so”.

The union recalled how the issue of appointment of Vice Chancellor had led to the sorry state of their union.

” We are all aware of the sorry state of our Union following the use and abuse of our Union structures and resources to install candidates to offices.

“We are all aware that we become weakened and unable to speak with one voice over matters as mundane and straightforward as our conditions of service and due allowances.

“You are aware of the mockery that we have faced from the realization that our operational capacity has either been hijacked or surrendered to University, ethnic, sub-ethnic and religious leaderships at various times”, the Union stressed.

The Akinwole-led executives which came on board on February 12, 2020, congratulated its members for being resolute against treachery, perfidy and politics of stomach infrastructure.

” in our craving for positions, we should please consider our collective good. We should remain steadfast and stand up to be counted on the side of truth, altruism and justice. We must continue to support our Union in the struggle to reposition the University system in Nigeria “, ASUU said in the statement.

The Union disclosed that information at its disposal points to the desperation of individuals and groups who beileve that the university is their patrimony, adding that such individuals are hell- bent on attaining positions of leadership by hook or crook.

The Union in the July edition of the bulletin also discussed the issue of the ongoing national strike, the Covid-19 pandemic lockdown as it affects them as well as some outstanding local issues.