Leadership of the Democracy Watch Africa has frowned at the planned RevolutionNow Protest and the need for caution to avoid overheating the polity in Nigeria. 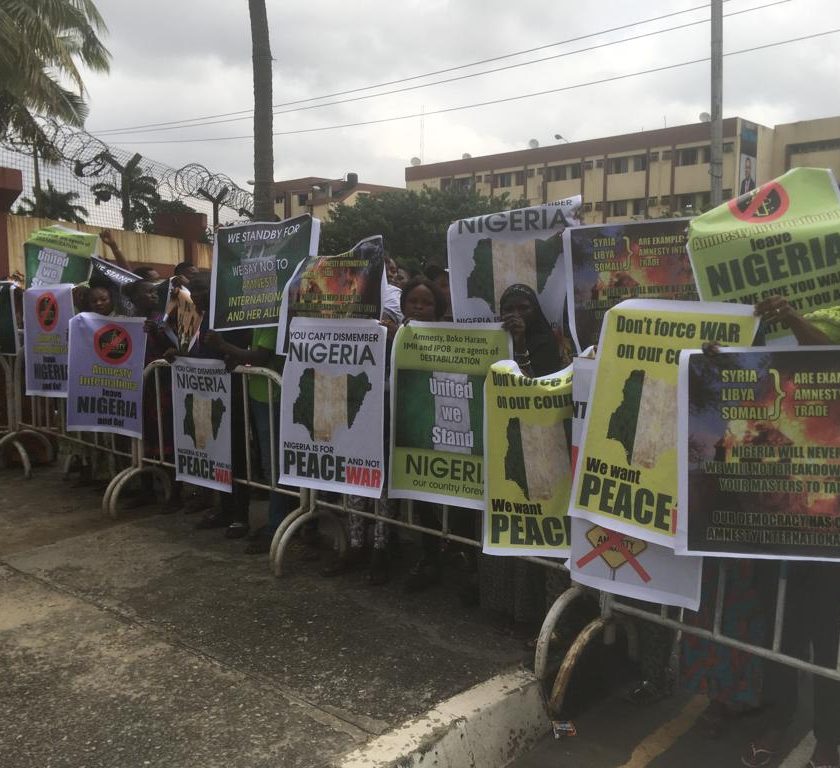 The umbrella body of over 30 Civil Society Organizations in West Africa said the planned protest is a grave misdemeanour that must be viewed from the prism of treason against the Nigerian nation as there are from all indication no justification whatsoever to warrant such a despicable act under whatever guise. 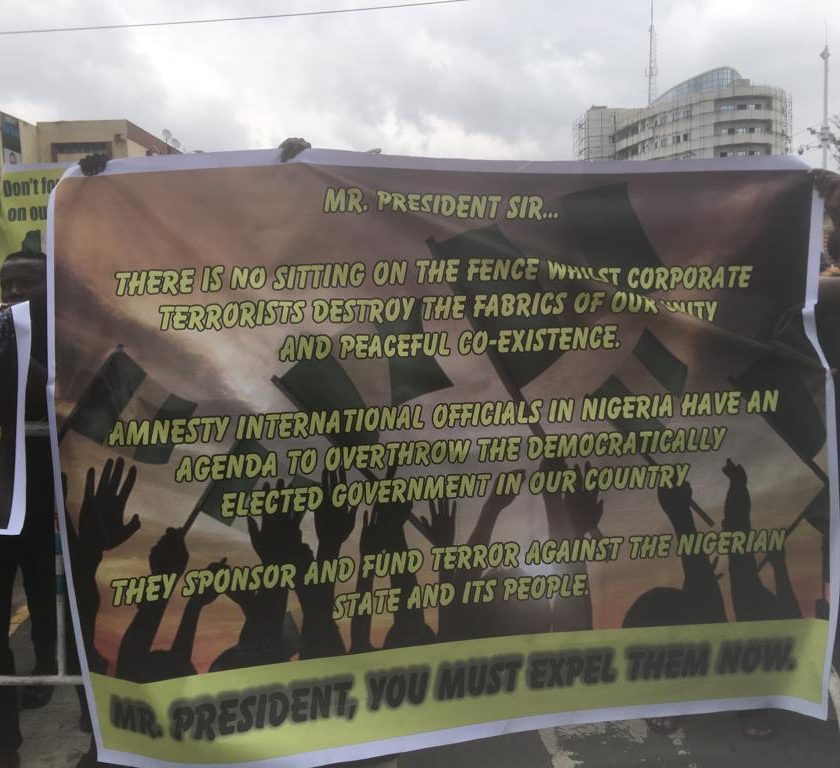 The group gave the warning at a rally held Freedom Park, Lagos on Monday in reaction to the planned protest.

Josephine Okpara, President of the group, who spoke during the protest, also demanded the expulsion of Amnesty International from Nigeria.

Opara fingered Amnesty International as the sponsors of the planned revolution.

The Democracy Watch Africanwing the umbrella body of over 30 Civil Society Organizations in West Africa arising from its emergency extraordinary general meeting held in Lagos- Nigeria on Sunday August 4, 2019  to review the state of the nation vis-a-viz the planned nationwide protest under that tag of RevolutionNow, wishes to state that the organizers of the planned protest are acting against the interest of Nigeria as a country and Nigerians as a people under the active support of some external forces that are bent on destabilizing the country.

The planned protest is a grave misdemeanour that must be viewed from the prism of treason against the Nigerian nation as there are from all indication no justification whatsoever to warrant such a despicable act under whatever guise.

The Democracy Watch Africa views such actions as despicable, ill-timed, mischievous and orchestration of some external forces who have some collaborators in Nigeria like the Amnesty International whose actions in recent times have indicated that their mission in Nigeria is to cause disaffection and mutual suspicion between the government and the people.

In the light of the fact that the calls for a revolution in Nigeria is the handiwork of the enemies of Nigeria, the Democracy Watch Africa wishes to bring to the attention of Nigerians that the real protest should be against the expulsion of Amnesty International from Nigeria, whose presence in Nigeria has caused more harm than good through their nefarious activities.

Amnesty International has a history of causing disaffection and misgivings in all the countries they have offices, and the case of Nigeria is not any different as evident in their yearly reports and public statements that have been critical of policies of the government of Nigeria in instances too numerous to mention.

It will indeed be a great shame on us as a people if we as Nigerians fall for the booby-trap set for us by Amnesty International and their paymasters in Nigeria and other parts of the world towards ensuring that Nigeria does not experience peace and progress.

Democracy Watch Africa is appalled by the temerity of Amnesty International to instigate the people against the government and wonders how the relevant authorities in Nigeria allow such heist to fester unabated over the years.

It is an undeniable fact that Nigeria is a sovereign nation that has made substantial progress in the past four years in critical sectors of our economy against the predictions of those that do not wish us well. Also, from all indications, they have resorted to other unorthodox means to actualize their evil plot against the continued existence of Nigeria as a country.

Nigerians must see through this evil plot and realize that this generation and indeed the unborn generation have nowhere to call home and as such we must rise to the occasion in one voice and resist every form of manipulation that would see to the disintegration of the country.

The likes of Amnesty International must be resisted with all of our strength in the true Nigerian spirit, as stated in the National Anthem and pledge. We as Nigerians must renew the promise to Nigeria our country, to be faithful, loyal and honest, to serve Nigeria with all of our strength, to defend her unity and uphold her honour and glory through thick and thin. Also, all times.

The Democracy Watch Africa sees no other time than now to defend the unity of Nigeria and protect Nigeria from the hawks and cankerworms hell-bent on seeing to the demise of those values that define and unite us as a people and as a nation.

The Democracy Watch Africa is using this medium to call for the speedy expulsion of Amnesty International from Nigeria if we are desirous of remaining as a united country now and the years to come.

The Democracy Watch  Africa also calls on all well-meaning Nigerians to renounce the RevolutionNow protest in its entirety and instead demand for the expulsion of Amnesty International from Nigeria.

The relevant authorities must act now in the overall interest of the people and the nation. The relevant stakeholders in Nigeria must take this task upon themselves to say enough is enough to the detractors of Nigeria for we cannot sit and watch some unscrupulous elements truncate our nascent democracy and jeopardize the future of the millions of Nigerians.

Democracy Watch Africa warns that should Nigerians allow themselves to be used in this destabilization plot, posterity would not be kind to us, and we would not be able to forgive ourselves.

The time to act is now for the expulsion of Amnesty International from Nigeria. Nigerians must speak in one voice and under one umbrella in this critical point of our existence. The true Nigerian spirit must be brought to bear to shame our detractors.

Democracy Watch Africa demands in unequivocal terms for the expulsion of Amnesty International from Nigeria in our quest for sustainable growth and development. So help us, God.