Skip to content
You are here
Spread the love
Kwara State Governor AbdulRahman AbdulRazaq has said the state is committed to making the budgetary preparation process less elitist, more kparticipatory while the contents accommodate people’s expectations from the government.
The Governor stated this during the flag off of the citizens’ engagement session on 2021 budget in Ilorin, the state capital, on Tuesday. 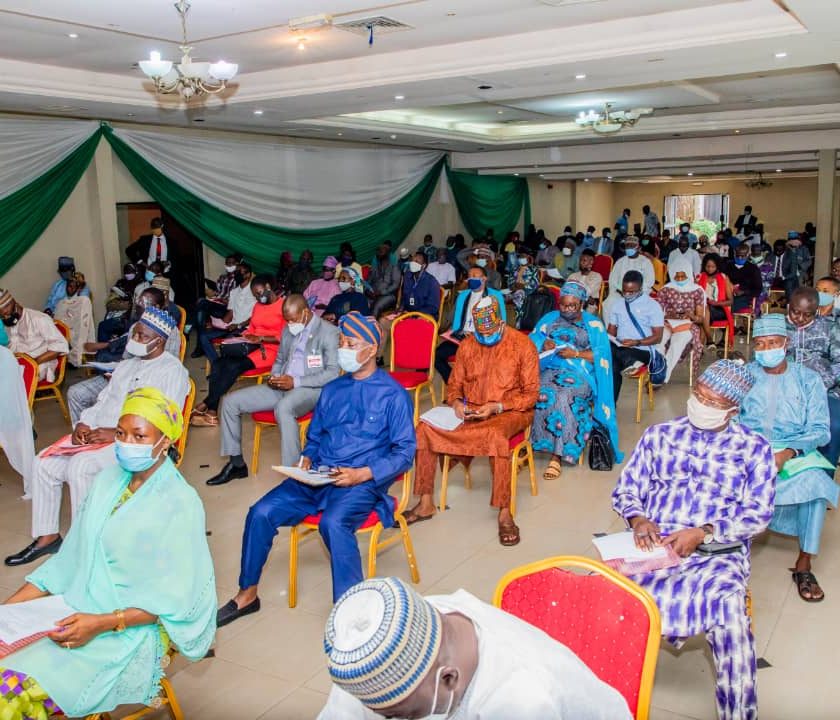 Governor AbdulRazak said “Our budgets are often too elitist and we are working in Kwara to address this. This meeting is one of such steps. We will make sure that fewer technical terms are used so that ordinary folks can understand and own the document,” AbdulRazaq said at the flag off of the three-phased citizens’ engagement session on 2021 budget in Ilorin, the state capital.
“On December 10th 2019, our administration organised the first-ever citizens’ engagement session on budget preparation in the state. That engagement was meant to harvest the views of the people on what shape and direction they wanted the 2020 budget to take. While we will always seek to do more, I am proud to say that the views of our people were respected in the budget.
“I also said we will hold the sessions across our three senatorial districts. I am proud to say that we have fulfilled that promise with this flag-off today. Another one is slated for Kwara North on Thursday while the third leg of the engagement will hold in Kwara South on September 7th.”
The engagement was attended by several community-based organisations, civil society groups, religious bodies, and cabinet members led by the Secretary to the Kwara State Government Professor Mamman Saba Jubril.
Members of the parliament were also led to the session by Speaker Yakubu Salihu Danladi and House Leader Magaji Olawoyin.
AbdulRazaq said the citizens’ engagement was to further democratise the budget preparation process in line with the global best practices of transparency and inclusion.
He said the administration has taken budget beyond the annual rituals it was in Kwara State by making sure that the fiscal plan is implemented to have positive impacts in the lives of the people.
“For the first time in many years in Kwara State, we recorded 52% implementation of the capital expenditure component of the 2019 budget. The closest to that in recent years was 42% that was achieved in 2017. Similarly, we posted a record 98% implementation of the recurrent expenditure in the same budget,” AbdulRazaq said.
“These underscore our commitment to infrastructural development and the welfare of the people. Notwithstanding the COVID-19 pandemic and the disruptions to the global economy, our resolve will be to beat this record.”
AbdulRazaq said the administration is committed to transparency, probity, and community ownership of government projects, adding that the government has officially activated the social audit that he proposed a few weeks ago.
“We are open to collaboration. We want the people to be involved in what we do because we have nothing to hide. That is why we proposed social auditing which has now started. The idea is for everyone to be involved and to ensure optimum use of resources. We can come together to make public funds work for the people. Where there are infractions with any projects or contractors, we will address such,” he added. 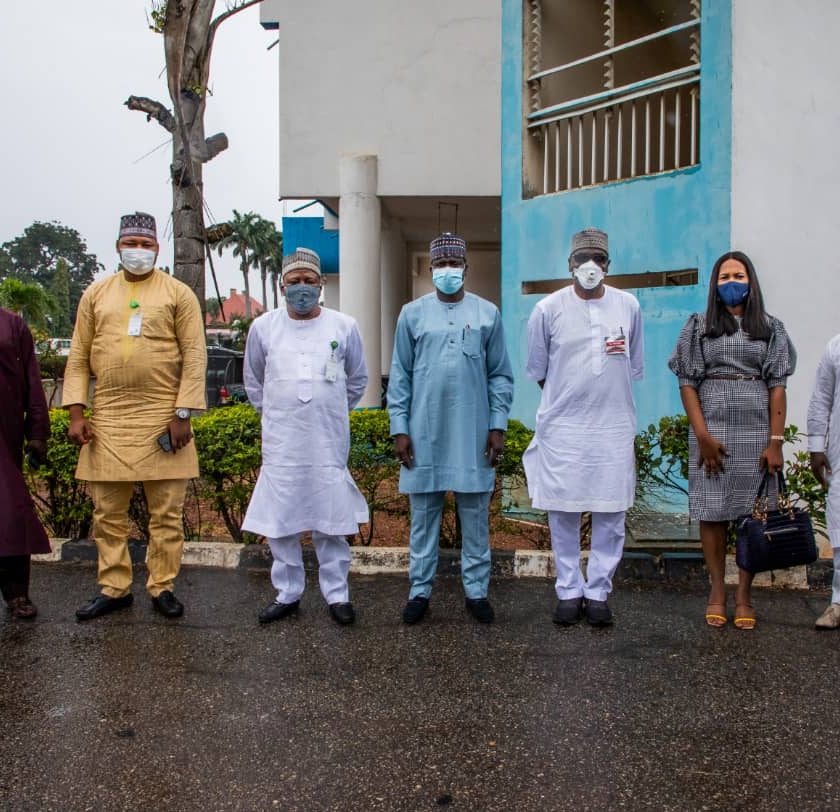 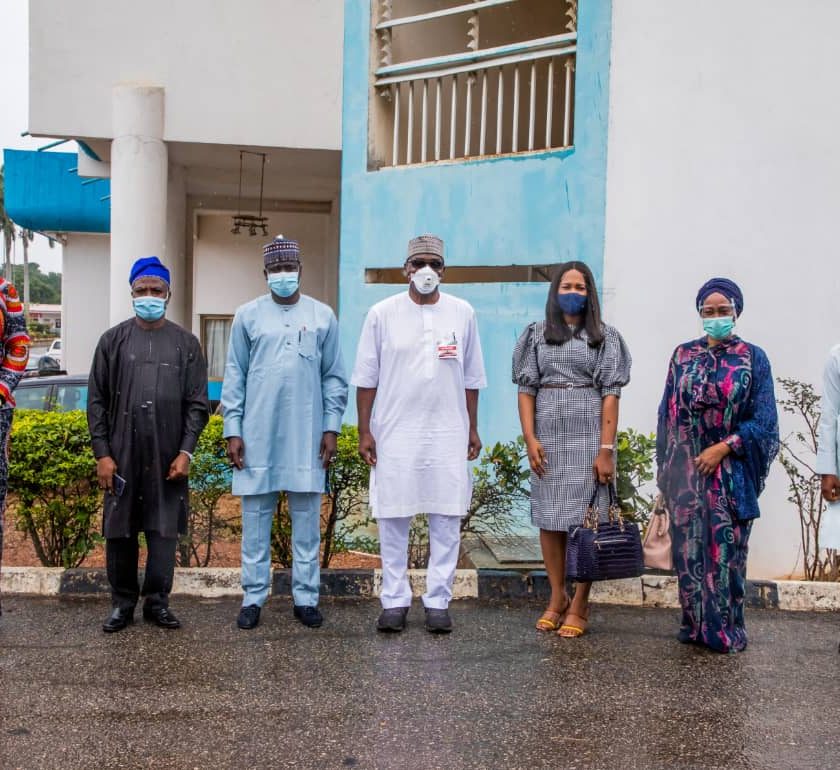 Chairman Kwara House of Assembly Committee on Finance and Appropriation,Hon.Olatunji Ambali expressed the support of the Assembly to government in its bid to ensure transparency and citizens participation in budgetary process.
“Members of the 9th Assembly legislature that I am a part of are in total support of the town hall meeting initiative which has the aim of harvesting contributions and suggestions from members of the general public and critical stakeholders in the budget preparation process,”
“This strategy/process of openness and transparency will also afford the House of Assembly Committee on Finance and Appropriation the opportunity to have a seamless budget consideration and passage exercise. Indeed, it is a highly welcomed development”,Ambali stated.
In her remarks, the state commissioner for finance and planning Florence Oyeyemi explained that the town hall meeting was to harvest the inputs of the citizens for inclusion into the fiscal plan of the state.
Oyeyemi said the administration is determined for a better Kwara in areas of investments in social infrastructure and human capital development.
“Since the inception of this administration over one year ago, efforts have been geared towards completion of inherited projects from the past administration and awarding of new projects covering the 16 local government areas of the state,” she said.
“These have been achieved in the areas of road construction and rehabilitation, provision of potable water to urban and rural communities, completion of secretariat office complex, tractorization programme for our farmers etc. This is a testimony to this administration’s commitment to ensure better living condition for Kwarans.” Oyeyemi said.
The Secretary, Jamaat Nasrul Islam in Kwara, Ibrahim Ahmad and Methodist Bishop of Kwara Reverend Simeon Onaleke said the people of the state had for long yearned for inclusion in the budgetary process, commending the Governor for the idea of engaging the masses in the fiscal plan.
Speaking on behalf of civil society organisations, Pastor Ade Bodunde of Trio Foundation said the citizens budget engagement was novel in the state and commended AbdulRazaq for the opportunity to make input into budget preparation.
“For some of us that have been following budget process for the past years in Kwara State we know that under this administration things have changed,” he added.
Mrs Sikirat Abdulkareem-Babaita, who spoke for Mekunnu Agenda, urged the government to come up with lasting policies in different sectors of the economy to empower women, youth and widows to be self-reliant.
She hailed the “visible achievements of the administration and its obvious efforts to be as transparent as possible in its affairs”.
Lanre Osho of Elite Network For Sustainable Development (ENETSUD) thanked the state government for exploring social audit mechanism with the civil society organisations but urged the government to fully key into Open Government Partnership for transparency and accountability.
L-R: Kwara State Head of Service Oluwole Modupe; Commissioner for Finance Oyeyemi Olasumbo Florence; Governor Abdulrahman Abdulrazaq; Speaker State House of Assembly Rt. Hon. Yakubu Salihu Danlandi; and Secretary to the State Government Prof. Mamman Saba Jibril; during the flag off of the citizens’ engagement session on 2021 budget in Ilorin, the state capital, on Tuesday.