Mark Longyen, a former spokesman to Plateau State Governor Simon Lalong, in this interview with Daily Trust in Abuja, bares his mind on why he is contesting for the vacant Plateau South Senatorial seat in the forthcoming by-election.

Recently, you officially declared your intention to vie for the Plateau South Senatorial District seat to replace late Senator Ignatius Longjan, what informed your move?

I’m a native of the Pan ethnic group and I’m actually a prince of Pan. Where I come from, when a traditional ruler dies, it’s only natural to replace him with one of the princes of the area.

The late Senator Ignatius Longjan was a Pan man, he was a father to many of us. So, in politics, just as in traditional settings, it’s only fair and natural to expect that someone from Longjan’s ethnic group and local government should be elected to replace him to complete his tenure.

I know for a fact that from the body language of the stakeholders cutting across all the six local governments in the senatorial zone, political parties and ethnic groups are on the same page on the issue of a Pan man replacing him. So, it was for this reason that I was urged by my people to contest with the aim of making me to replace the late Longjan.

Why do you think you can win this election, considering the calibre of opponents jostling for the seat with you?

I’m both an investigative journalist and a political analyst rolled in one. I’ve been involved in politics for over 20 years now, so I’m neither a green horn in politics nor a pushover in this battle. I know my onions.

I’ve gone round the entire senatorial zone without any publicity or fanfare. I understand the political terrain. I know the mood of the people. I know what they want, who they want, and who they don’t want. I’m acceptable, accessible and sellable all over the zone.

In fact, of all those jostling for the position with me in the ruling party, APC, I’m the youngest and the most acceptable. I need no introduction anywhere and I’m the only one with the widest network of friends, contacts and connections cutting across all the ethnic groups and religions in the entire senatorial zone and beyond.

Above all, as a believer, I know that it is only God who gives power to anybody at any material time or takes same away from him. I’m in the race to win, God willing, and not for fun. I believe that, with God’s approval, I’m contesting against myself, not against others. I’m the man to beat in this contest because I see other contestants not as opponents but merely as co-travelers who are trailing me.

There are speculations about an attempt to impose someone, the existence of an anointed one among the aspirants. Are you the anointed one? 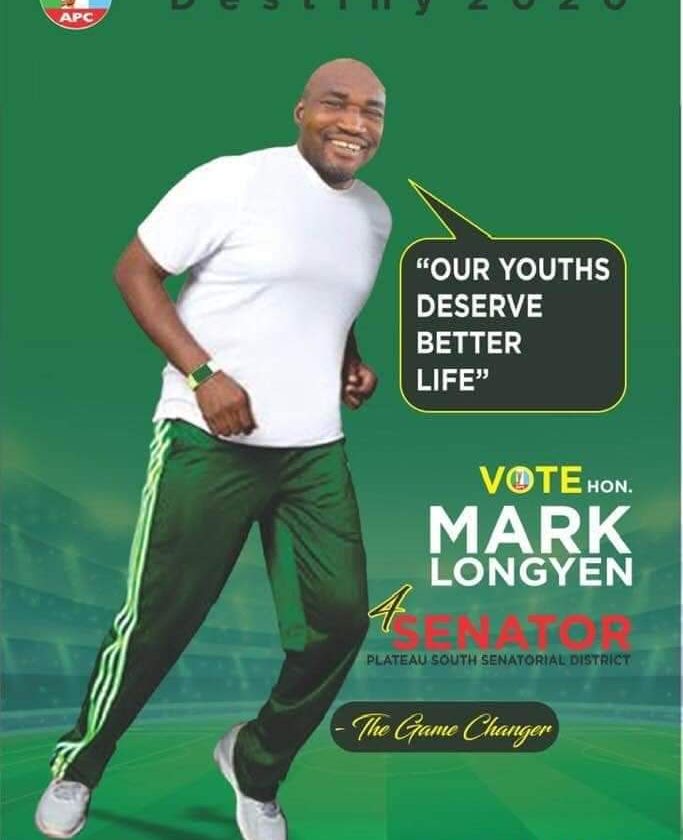 On a lighter note, I’d say absolutely yes, I’m the anointed one because I believe that I’m the one anointed by both God and man! If I’m not convinced that God has given me his approval, through the people, for a contest like this, I’d definitely not bother myself to run the race.

Don’t forget that in Plateau State some years ago, a former governor anointed someone to succeed him in office but, instead, the aspirant who was anointed by God, not man, won the election and became governor.

What dividends of democracy should the people expect from you if you eventually become their senator?

Surely, I’ll unleash on them a floodgate of the dividends of democracy in record time. I’ll definitely change the narrative of poor performance by past senators of Plateau South zone by seizing such a rare opportunity to do everything unusual, and quickly too, with a view to achieving record time impacts and results.

As a demonstration of my commitment in this regard, I have already privately drilled three boreholes for the people in the last two years, two in my village in Qua’an-Pan LGA and one in Marke-Kuka village in Shendam LGA.