Expand the photos below to read an example of the childish “guidelines” Daily Trust management periodically sends to its columnists. Note that it never sent such guidelines (at least to me) when Obasanjo, Yar’adua, and Jonathan held sway. 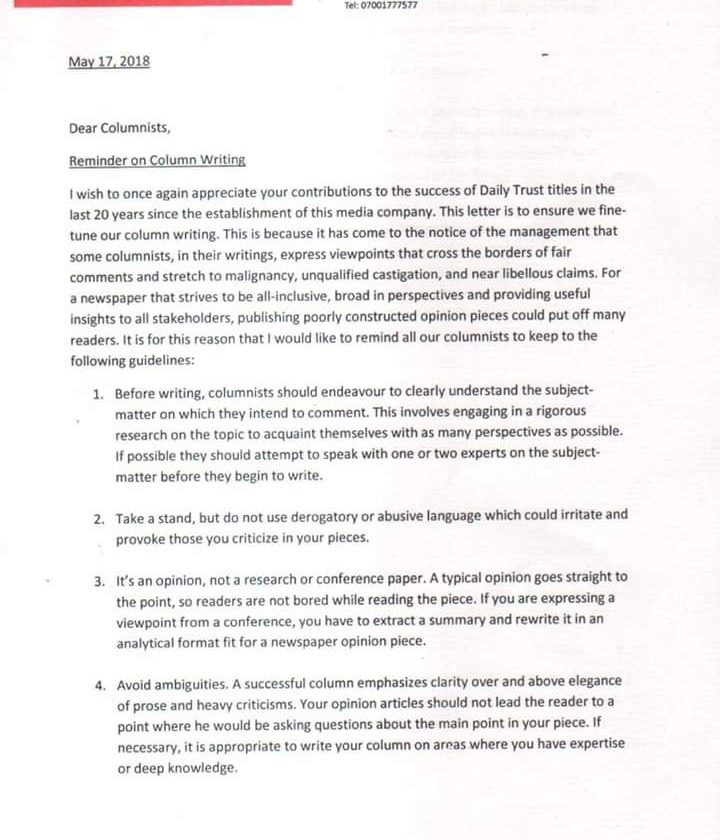 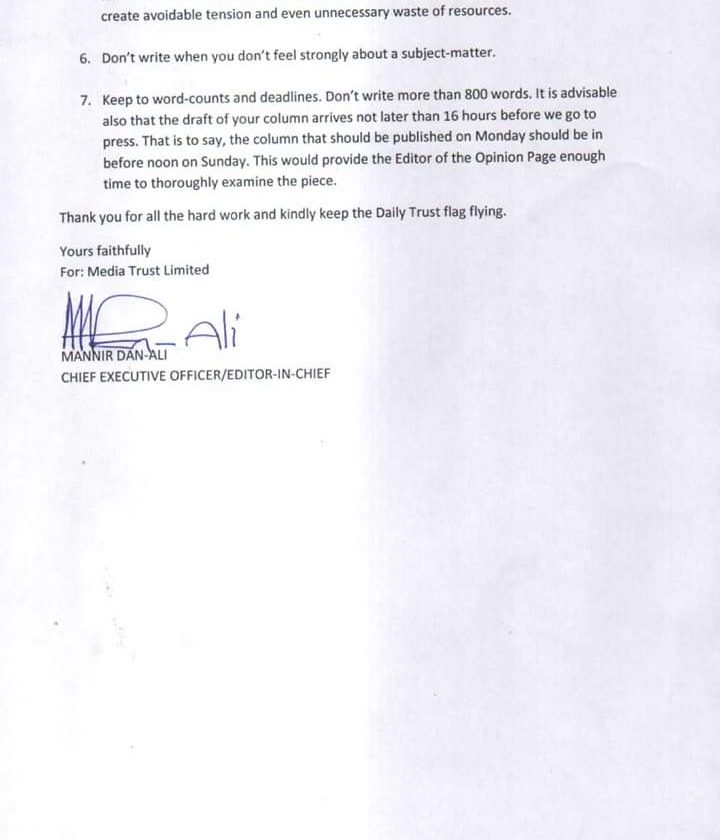 The guidelines discourage “elegance of prose” and “heavy criticisms” and request columnists to not “use derogatory or abusive language which could irritate and provoke those you criticize in your pieces.” In his call to tell me my column had been stopped in late 2018, the Editor-in-Chief was frank enough to confess that those priceless gems of wisdom were directed at me and were meant to protect Buhari and his government from my unceasing critical scrutiny

Each time I read the “guidelines,” I always felt like I was in kindergarten–or, more appropriately, that a kindergartner was teaching me a subject I had a PhD in. I frankly would have left on my own even if my column hadn’t been stopped. It became clear to me that Daily Trust was no longer a legitimate newspaper; it’s now a kindergarten, pro-regime propaganda house irrevocably committed to featherbedding Buhari’s monocracy.

The paper’s motto used to be “Trust is a burden.” Obviously, over time, the burden of trust became too ponderous for it to shoulder, so it dropped it like it’s hot. Now it wants every newspaper in Nigeria, including the Punch, to be like it: a servile, ignorant, unreflective, and uncritical comforter of fascism.