The Chief of Army Staff (COAS) Lieutenant General Faruk Yahaya has flagged off Nigerian Army (NA)Inter Formation Combat Platoon Swimming Championship at the National Stadium, Surulere in Lagos, where he tasked participants to take advantage of the Championship to enhance their fighting efficiency to conduct operations optimally, especially in riverine and amphibious terrains towards fulfilling NA’s constitutional mandate.

The COAS represented by the Commander, Corps of Nigerian Army Engineers, Major General Kamil Kadiri gave the charge during the flag-off ceremony of the championship, where he reiterated that the Nigeria Army placed high premium on qualitative training of its personnel across board, in furtherance of the vision of the COAS, to have “A professional Nigerian Army Ready to Accomplish Assigned Missions within a Joint Environment in Defence of Nigeria”. He added that the championship would enhance combat proficiency of troops deployed for operations in maritime environment. 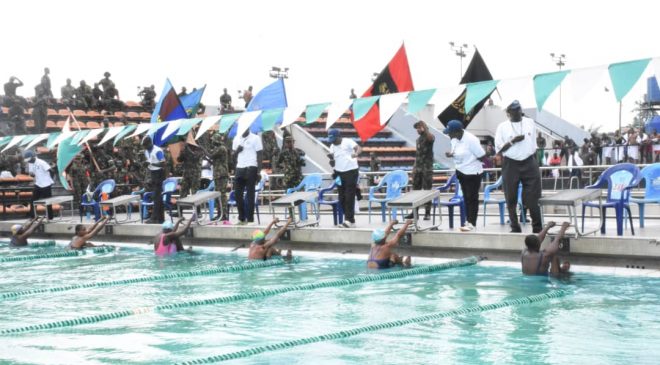 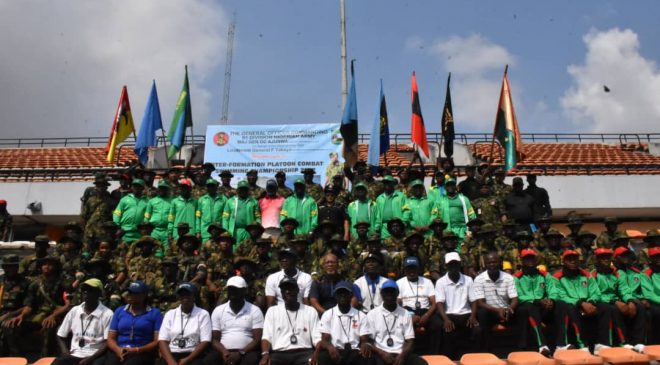 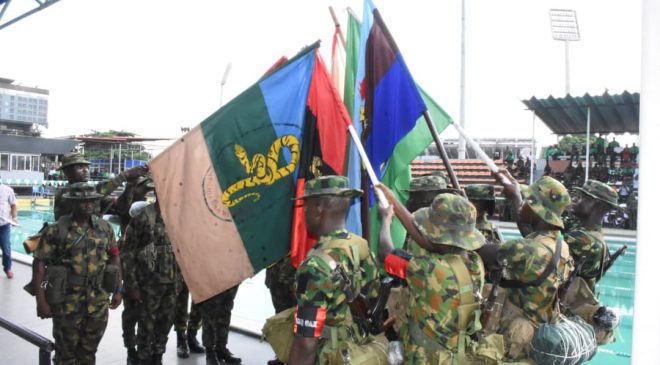 The Army Chief urged participants to strive to bring out their best in the championship, as their efforts and preparation for the competition will translate to relative ease in the conduct of ongoing and future operations. The COAS commended 81 Division for selecting the National Stadium Surulere and Badagry for the Championship, as both locations will provide realistic and ideal standards, with all requisite features for training of this nature.

Earlier, the General Officer Commanding (GOC) 81 Division NA, Major General Obinna Ajunwa in his welcome address, reiterated the emphasis placed on training by the NA. He expressed optimism that the championship would strengthen the swimming skill of NA personnel.

The championship is a five day competition that will be conducted in two phases. The first phase will be the conventional swimming phase at the National Stadium, Surulere, while the second phase is the combat swimming at the brown water in Slave Village, Badagry. The participants were drawn from eight Divisions across NA formations in the country. These include 1,2, 3, 6,8,81and 82 Divisions, as well as Army Headquarters Garrison. They will keenly compete for laurels in different categories of swimming exercises.